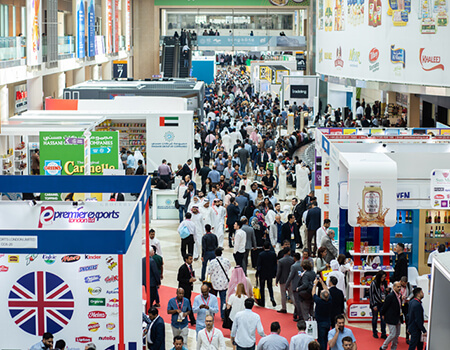 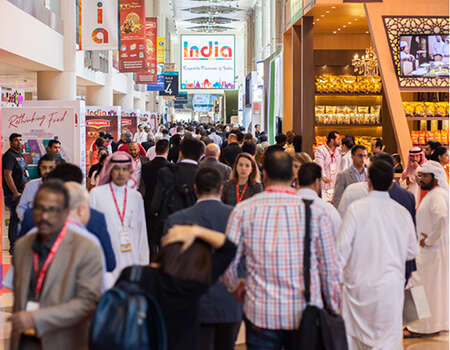 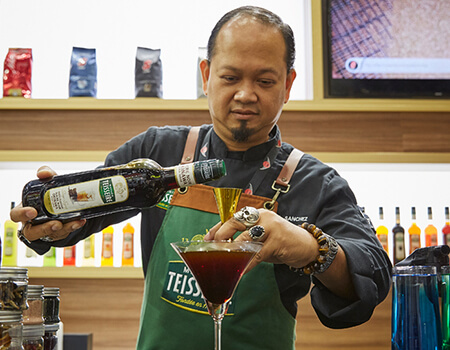 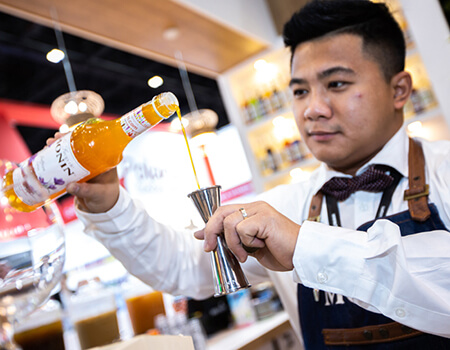 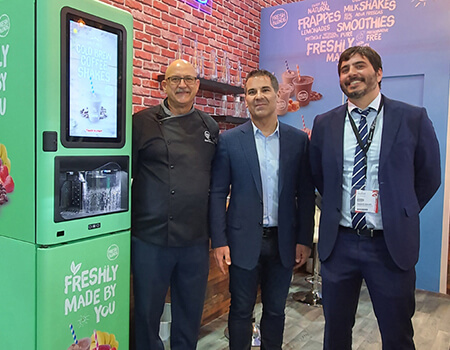 The F&B trade show celebrated its 25th anniversary this year

Following on from another successful Gulfood which saw tens of thousands of guests attend the world’s biggest annual F&B trade show, Hotelier Middle East spoke with a number of exhibitors about how it was helping them to reach out to new audiences and their plans for the future.

Countries from across the world turned out in force, despite corona virus fears, to showcase their nation’s best. Simon Penney, trade commissioner of DIT UK, dashed any suggestions that the fallout from Brexit would have any impact on its dealings with the UAE. He said: “We’ve consistently grown exports to the Gulf by 8% since 2000 and trend wise Brexit hasn’t impacted. All the signalling we get from investors in this region is they see the UK as arguably more important post-Brexit as it will have more independence.”

At one of the several Advantage Austria pavilions scattered throughout DWTC, Joma chief sales and marketing ofﬁcer Christian Scheck was happy to showcase his plastic alternative to customers. “I didn’t expect that so many people would come in and ask for a speciﬁc type of packaging which conﬁrms it was the right decision to come here.”

He added: “The Austrian Chamber of Commerce supports us all over the world, and they have given us the chance and motivation to come to this show and exhibit for the ﬁrst time.”

Fellow Austrian pavilion exhibitor Christian Frisch, general manager of Wine and Commerce which was displaying its natural grape juice for the second year at Gulfood, said the Middle East market is perfect for its no-alcohol drink.

“Within the last 15 years we’ve had requests for alternative products to wine because people have health problems or need to drive their car. Society is changing.”

With the Middle Eastern market growing by 35% for Northern Irish companies, and 61% in Saudi Arabia in the past year, Gulfood remains an important tool for them.

For French companies, it was a chance to launch the new Taste France campaign and try and reposition its country’s goods in the eyes of Middle East buyers.

Christophe Monnier, head of agrifood division for Business France, said: “The image of French products used to be attached to French gastronomy which is well known all over the world but is considered a bit complicated, a bit sophisticated, not for day-to-day use. We wanted to change this a bit to show that you can add twist of French products to any cuisine. We have taken some recipes from dishes across the Middle East, Africa, India, and Eastern Europe and put a twist of French products in each of them to show it is possible to cook your own recipe with French products and it will be even better.”

CSO Italy which represents the country’s fruit and veg sector had revealed large increases in export to the Middle East in previous years and was hoping to continue that in 2020.

Sara Grasso, export manager of Oranfrizer, said the Italian company chose Gulfood because “it’s a global show and it’s so full of opportunity. You get contacts not only for this area but from other important markets.”

Most companies at Gulfood 2020 were positive about the opening up of Saudi Arabia and the new opportunities it would bring.

This was particularly true of Near East Trading, with the olive oil company recently opening a new factory in the country. Co-founder Omar Adi told Caterer Middle East that he believed the next two years would see “rapid growth” in Saudi, with Near East riding on a wave because olive oil is so in demand.

But throughout the rest of the GCC there were still other growth opportunities, said Adi, particularly with pomace olive oil as food service clients look to try and reduce their costs.

Saudi Arabia also has the potential to be the biggest market for baked goods supplier Prunelle, said general manager Walid Abdelsater. Having partnered with Alshaya for a joint venture in Dubai, Prunelle was using Gulfood as a chance to explore opportunities to expand the business outside of the UAE in the GCC. “We need to keep up with the market.

“We need to keep up with the market so we need to have innovation,” said Abdelsater. “This year we have introduced croissants with cheese, with turkey and cheese, ﬁlled with dates, and another ﬁlled with halawi and pistachio.”

A shared culture was one of the reasons why the Sri Lankan Tea Board made Gulfood the “largest exhibition of all our international trade shows” said Premala Srikantha, minister (tea promotion - Middle East and North African region), Sri Lanka Consulate General in Dubai.

“The MENA region’s tea drinking culture is growing as consumers are becoming more health conscious and Ceylon tea is one of the cleanest teas as far as pesticides are concerned and has many health beneﬁts,” Srikantha added.

Health conscious consumers were one of several reasons that alcohol-free wine Le Petit Beret had such a strong showing at Gulfood, according to Pom’alliance managing director Fouad Hamza.

“It’s a booming market,” he said. “When we put the bottle in shops in France out of 20 people who entered to buy Le Petit Berry 19 were not Muslim. Pregnant women, sporty people, healthy people having a party with friends. They say it’s a pity to be in a party with a glass of coke, I’d rather be like everyone else with a glass of wine.”

Dairy company Nutridor was aiming to increase its brand presence at Gulfood, using its tried and tested method of ensuring it works only with quality partners.

Ankit Dubey general manager MEA said: “Nutridor last year did 2,500 tonnes of butter in India, so we took over about 15-20% of the market share. That has been done because people trust the name and slowly but steadily with the right kind of customer service we took it forward. We like to build the business, not create a tower in one year and it collapses the next. “

All markets and categories are ever evolving. It’s about what you bring to the table and what we have been trying to learn from the market is what is the right mix of price, of quality, and of taste.”

Plant-based has been the trend to be part of for more than a year now, and Meatless Farms felt the benefit of that at Gulfood 2019 with Spinney’s making a deal to make the UAE its first international market.

Now international account controller Derek Snow said he was hoping to speak to companies about foodservice, using the brand’s healthy properties as a main selling point.

He said: “If you look at our burgers, we have more protein, half the saturated fats, no cholesterol, fewer calories, it’s plant-based, it’s gluten-free, it’s a really healthy product. The barriers are reservations of what it’s going to taste like, but what we can say is change tastes good!”

As one of the most recognised foodservice distributors at Gulfood, Bidfood ME used the show as a chance to reach out to the whole region, said CEO Hisham Aljamil.

“We want to exhibit all the partners we have with us. We have Kraft Heinz in the UAE but not in Saudi, but we have it in Jordan. It’s a way to show all our partners, not just the UAE alone.” But, Aljamil added, only ones with a special something made the cut this year. “We’re just projecting ones that have new products or introduce new innovations. The idea is not to show the customers the normal thing, the more innovative you are in your portfolio for foodservice, the more you become competitive.”

The machine is capable of preparing customised smoothies, shakes and frappes in under two minutes according to Fresh Blends. More than 30 choices are available to users, including chocolate shakes, iced coffees, frozen lemonades and fruit smoothies.

Utilising cloud technology, the machine collects real-time data, while analysing sales and understanding consumer patterns. Fresh Blends can use this information to track marketing activities and help steer business in the right direction.

This year, Vietnam Trade Promotion Centre for Agriculture (AGRITRADE) under the Ministry of Agriculture & Rural Development, gathered 20 leading companies under the Vietnam National Pavilion to showcase Vietnamese food products at Gulfood 2020. The delegation was seeking to establish new export markets across the Middle East for its various products, which are suitable for Muslim consumers.

Flying the sustainability ﬂag was British company Watercare whose quick change water filters are distributed in the Middle East through Waterfalls Group. Watercare export development manager Karen Kleber underlined the iX Water Filter’s eco-credentials, saying: “The iX is a ﬁlter that is 100% recyclable. It’s the best environmental solution around at the moment, because a lot of our competitors put everything into landﬁlls. With ours, you can empty the inserts and reuse the housing. The only thing that will come out of the ﬁlter is the insert which is completely recyclable.”

In addition, from an operational point of view, the ﬁlter typically represents a cost saving of 40%.