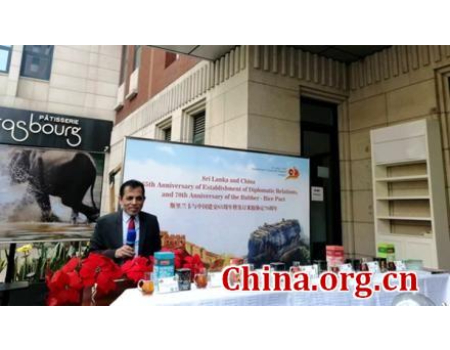 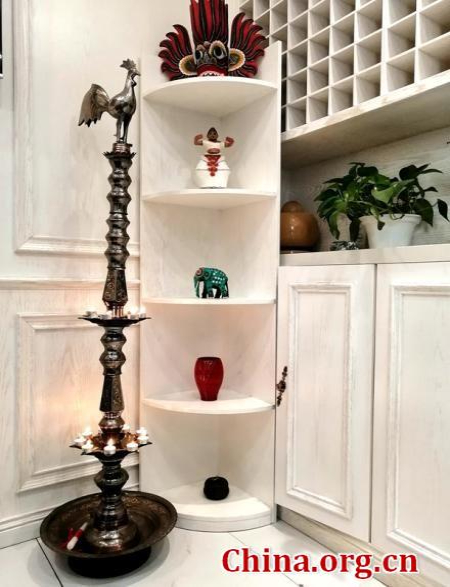 Ambassador of Sri Lanka to China Palitha Kohona and President of the China-Sri Lanka Association for Trade and Economic Cooperation Chiranjaya Udumullage inaugurated the tea shop.

At the opening ceremony, Ambassador Kohona introduced the South Asian country's signature Ceylon tea, which mainly refers to its black tea. "The Ceylon tea seeds came from southeast China's Fujian province. After 150 years of evolvement, Ceylon tea has developed its own features thanks to the unique soil, sunlight and weather in Sri Lanka."

Kohona also emphasized that the Ceylon tea produced in different regions and altitudes in Sri Lanka varies by color, aroma and flavor, according to which sugar and milk can be added to enhance the taste and mouthfeel.

"This is the first Ceylon tea shop opened in China, which offers opportunities for customers to taste and purchase the genuine Sri Lankan Ceylon tea," Kohona told China.org.cn.

The tea shop shares its premises with the Sri Lankan Cultural Center, which opened on the same day, allowing visitors to appreciate Sri Lankan culture while savoring the unique tea. "At the cultural center, we have Sri Lankan artifacts, paintings, clothing and local specialties. Of course, we also serve tea," Kohona said.

During the ceremony, second secretary of tea promotion from the Sri Lankan embassy in Beijing Sampath Perera demonstrated how to brew Ceylon tea, including the proper water temperature and length of time the tea leaves should be infused in water.