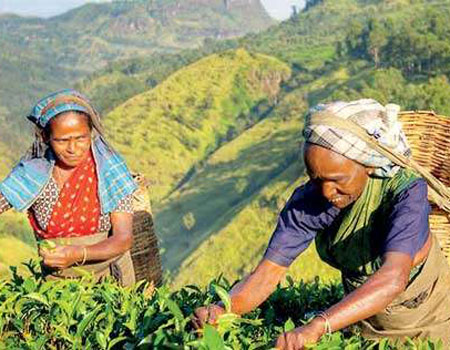 Wijewardena warned that the average prices of the Colombo Tea Auction would come down drastically if Sri Lanka lost the Japanese market as Japan pays good prices for high and mid-grown Ceylon Tea.

Following the discovery of MCPA in tea export for the first time, the Japanese authorities last year imposed a default maximum residue level (MRL) of 0.01for MCPA as a temporary measure before completely banning the chemical until they come up with a standard MRL, which is likely to take 2-3 years. According to Wijewardena, the Japanese authorities have rejected tea exports worth approximately Rs.1 billion so far this year and there have been hardly any tea exports to Japan.

According to exporters, several of these shipments were sent during the end of last year and hence export figures will be altered to reflect the rejection of shipments by the Japanese authorities.

Wijewardena said the government was trying to negotiate with the Japanese government to buy more time for plantation companies to find an alternative to MCPA.

In addition, the SLTB and the Plantation Industries Ministry have requested President Maithripala Sirisena to temporarily allow import of the banned weedicides glyphosate and gramoxone.

"We requested the President to allow plantation companies to directly import Glyphosate for 1-2 years until we found a proper alternative and SLTB will monitor the use, keeping it under lock and key."

Wijewardena pointed out that the planters are using other unauthorised chemicals in place of glyphosate.

"There are various kinds of weedicides in the black-market and some of these weedicides don't even have names.We don't know what poisons are imported to the country and the industry uses them in desperation by paying almost three times the market price," Wijewardena said.

Plantation Industries Minister Navin Dissanayake had also earlier pointed out that smugglers were importing third grade glyphosate from India worth billions of rupees.

However, the Planters' Association of Ceylon, Chairman, Sunil Poholiyadde said that Regional Plantation Companies (RPCs) were only using the authorised weedicides and insisted that authorities must take action against smugglers who are importing illicit weedicides to the country.

The Cabinet recently appointed a Cabinet Sub-committee consisting of experts to look into the use of glyphosate in the agriculture sector and for the possibility of lifting the ban on glyphosate.

However, the committee hasn't held a single meeting so far.

Meanwhile, tea exporters whom Mirror Business talked to pointed out that due to expensive tests carried out prior to shipping of Ceylon Tea to Japan, the cost of production has also risen, which is passed down to the planters. Sri Lanka has commenced sending samples of tea to be exported to Japan to India, Germany and Vietnam from this January for laboratory tests due to absence of accredited labs in Sri Lanka paying US $200-300 per sample.

Exporters said the tests have detected high MRLs in some tea shipments.

Wijewardena said that SLTB banned the use of MCPA for RPCs, which export to Japan; hence there are some clean teas which can be exported to Japan.

Japan purchased 9 million kg of tea out of the 300 million kg output by Sri Lanka last year, while the exports to Japan amounted to US $70-80 million.

He cautioned that the current trend could spread to other European markets as well.

However, Sri Lanka Tea Board Chairman Lucille Wijewardena said that SLTB has not so far been officially notified on any concerns regarding MRLs in tea exports to Europe.