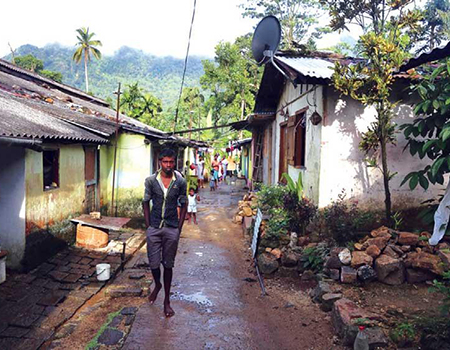 Unlike many other industries, the planter must take care of not only his employees but of worker families being a resident business where the employee families live on the plantations

The main aims and objectives of the CPS are to look after the interest of the working planter whilst taking good care of the industry amidst many limitations at current which includes not having access to participate in the decision-making process aiming at the growth of the industry.

The members of the CPS have no option but even to agree with the disadvantageous instructions given by the employer and to be held responsible later for the instructions dutifully carried out.

There are many numbers of variables (mostly exceeding SWOT & PESTEL factors) a Planter must consider before making decisions as his job consists of activities from the womb to the tomb.

Unlike many other industries, the planter must take care of not only his employees but of worker families being a resident business where the employee families live on the plantations. This requires a planter to be a generalist instead of a specialist. Instead of appreciating his involvement (basically married to the job) in uplifting both the human beings and making profit targets under trying conditions the job of a Planter continues to be ‘un-thankful’. By nature, a planter is required to be married to a lady and to the job at the same time. Few of them however choose to marry only to the job and remain single. It is sad indeed to note the life of a planter after retirement. The CPS is ever thankful to the President, the Cabinet of Ministers, MPs, Nimal Siripala De Silva for allowing the planters to remain employed till 60 years of age.

The CPS is also grateful to all the CEOs of the RPCs who had a human heart to let our members enjoy the privilege when certain petty-minded ruthlessly got rid of senior planters when some of them do not have even a place to stay.

Survival and growth being the focus of working planters, the CPS believes that the revenue potential of the industry is beyond US$ 10 bn per annum. Printed copies of the proposal have been personally handed over to Ramesh Pathirana and many other vibrant political personalities long time ago.

It is sad indeed that no actions have been initiated on them to date. This incident alone mirrors the ineffectiveness embedded in the leadership especially at a time the nation is saddled with the pressures of foreign debts, COVID-19 global pandemic, climate changes that affect the plantation crops and spreading fungal diseases threatening the very existence of the rubber plantations such as Fomes and Pesta.

We are also concerned that so many vacancies in crop research institutes are kept vacant continuously for the past number of years due to indecisiveness of the state amidst having three ministers serving the industry. Cutting costs at the expenses of a national economy is only a recipe for disaster to happen.

This is a glimpse of the affairs of the plantations industry that affects not only the members of the CPS but the total workforces of 140,000 that are employed today inherited from its earlier workforce of 300,000 in 1993 the year of privatization of Plantations.

As for the immediate improvement of the industry, we propose a change in the current concept of ‘Plantations Industry’ to ‘Sustainable Forestry Enterprises Industry’. Since forestry is globally known and the required performance standards are already established and are in practice the proposed concept will increase the number of revenue streams, protect the environment, and will help to meet the Plantation 4.0 standards.

In understanding the Gap between the current state as explained above and the desired state, we will first look at the Planter definition the CPS developed with Prof. Ajantha Dharmasiri of PIM.

“A planter leads an agribusiness professionally to reach desired growth sustainably”. Learning from the GAP of the golden era of pre nationalization period of the plantations industry, it has been a strong fact that it is the Planter who made either the best plantation or otherwise depends on the level of authority and competence he possesses.

It is up to the decision-makers to recognize the “role potential” of a Planter and replicate such professionals to turnaround the industry. Therefore, the attraction and retention of the right Planter material are of high importance. ‘Right People Drive’ business is what we believe in. But have we put the thinking into action?

The employees today have a right to be scientifically managed. The employers of the industry are claiming of the high cost that eats into reasonable profit margins whilst the employees are complaining about poor levels of remuneration and acidic workplace cultures that demotivate employees adding insult to injury.

CPS is proud that our members have pointed out both the problems and offered solutions through printed media for the whole of the past decade although it was just like blowing a trumpet to deaf elephants.

In concluding this article containing thebirthday wishes of the Ceylon Planters Society, at her 84th year, we would like to request the decision-makers for an opportunity in the decision-making process and create an enabling environment to manage plantations strategically aiming at earning US$ 10 bn revenue annually. The members of the CPS are ever willing to shoulder the wheel of nation-building at this crucial hour.(The writer is a former senior planter, agricultural advisor and consultant)