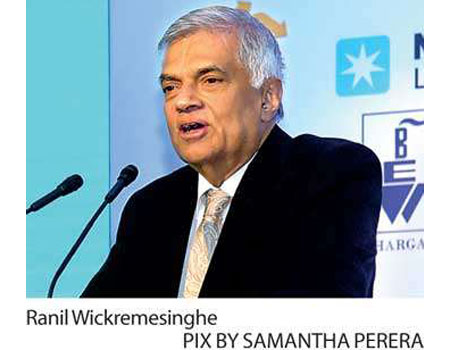 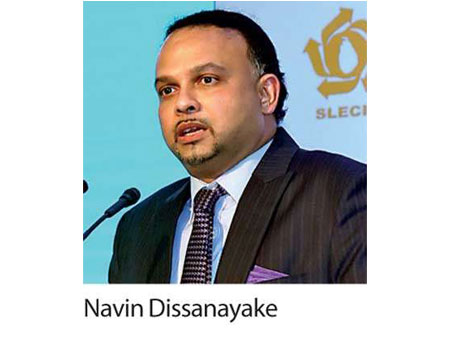 Prime Minister Ranil Wickremesinghe affirmed that terming Sri Lanka’s tea industry as a matured industry was a mistake and asserted that the industry needs the state support to withstand growing competition as in the case of the European wine industry.

He also assured that Ceylon Tea is among priority sectors in government’s agenda to boost foreign exchange flows to Sri Lanka.

“You were never a mature industry,” he said. Comparing the 150-year old Ceylon Tea industry with the over 3000-year old European wine Industry, Wickremesinghe pointed out that the European wine industry was able to withstand the competition from the emerging wine growers from various parts of the world.

However, he noted that tea producing countries, such as Kenya and China who were far behind Sri Lanka in terms of production in 1960’s, were able to surpass Sri Lanka while others such as Vietnam and Indonesia are now emerging as top tea producers.

“They withstood the challenge from all the new wine growing regions such as California, South America, Australia, New Zealand and South Africa, and the demand for European wine is still going up,” he said. The Premier made these remarks following TEA Chairman Jayantha Karunaratne’s observations that the Ceylon Tea industry was neglected by policymakers and government officials terming it as a matured industry.

“When we are doing that, those who made money from non-tradable goods, shout. But you can’t help them, they have to come back to tradable goods.

“As far as I and the government are concerned, in the medium and long-term, we have to put more into plantation industry for tea, rubber and even smaller crops,” he elaborated.

“The government should help you to look at how you can modernise the industry, which also means giving you more funding and help whether you are a smallholder or a large plantation. In return, what we expect is a modern tea industry,” he said.

Wickremesinghe stressed that increasing productivity per person, exploring new ways of selling and going into new markets and changing system of training and education in plantations are vital for the growth of the industry.

He urged the industry to focus on how to maximize the production while focusing on maximizing the prices of tea.

Meanwhile, Premier noted that the tea industry also needs to evaluate the future trends in the tea market.

“A cup of tea is very nice. But will it be there as a cup of tea or cup of anything in 2060? There are many ways to look atfor value additions,” he said.

Commenting on disagreement among tea industry stakeholders with regard to allowing tea imports for value additions, Wickremesinghe said: “We need some consensus in the industry to move forward. There is no consensus about blending. But that should not prevent us from looking at all the other aspects to grow exports. Let’s keep aside problematic sides, let’s focus on what we agree.”

The tea production experienced a dip in 2018 as the production from January to July 2018 recorded 182.24 million kg in comparison to 182.4 million kg, recorded over the same period in 2017. However, tea industry’s revenue showed a slight positive result in first seven months of the year, recording a revenue of Rs. 134 billion, reporting a Rs 2 billion increment from the previous year.

Sri Lanka used to supply 8 percent of the world tea production a decade ago, however, it was gradually declined to 5.4 percent at present while Sri Lanka’s three major markets : Russia, Iran and Turkey under pressure due to sanctions or currency issues, reduced their buying power significantly.

On an earlier occasion, Sri Lanka also successfully negotiated a US $ 150 million low-interest loan facility with Japan Bank for International Cooperation (JBIC) and Mitsubishi UFJ Financial Group (MUFG) to modernise about 150 tea factories. Dissanayake noted that Ceylon Tea would be facing challenging times in the world market as Kenya has entered the orthodox tea market, where Sri Lanka remains to be the leading exporter.

“Kenya is going into orthodox tea production and they will be Sri Lanka’s largest orthodox tea competitor,” he remarked.

Dissanayake asserted that the emphasis should be on the quality of Ceylon Tea while increasing the production to face this competition.

Meanwhile, the Minister also announced that the government in agreement with the industry stakeholders has decided to put more emphasis on digital channels to promote Ceylon Tea under a Rs.4.5 billion global tea promotion campaign.

However, according to industry sources, the launch of the global tea promotion campaign is yet to be determined as there are several tender processes that remain to be completed before the launch of the campaign.

Dissanayake also confirmed that the promotion and marketing levy on tea exports would be slashed by 50 percent next year, after considering requests from tea exporters.

He further said an additional Rs.500 million was also allocated for individual brand promotion, where Sri Lanka Tea Board funds 50 percent of the cost of these campaigns.

The minister noted that the government is open to the idea of tea blending, if the tea industry can ensure stability of prices.

“Sri Lanka cannot afford a drop in tea prices in the auction that would create a lot of pressure. If the industry can assure, the Prime Minister and I are open for the idea,” he stressed.