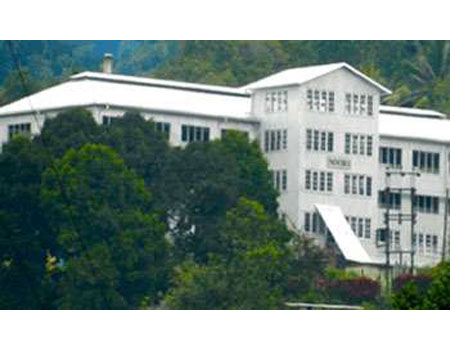 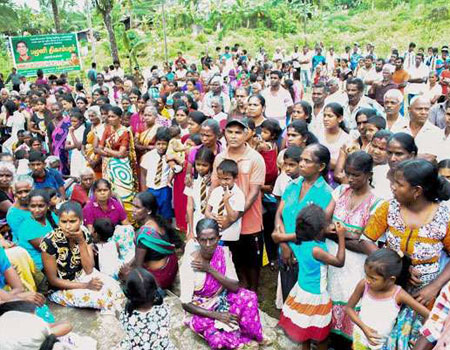 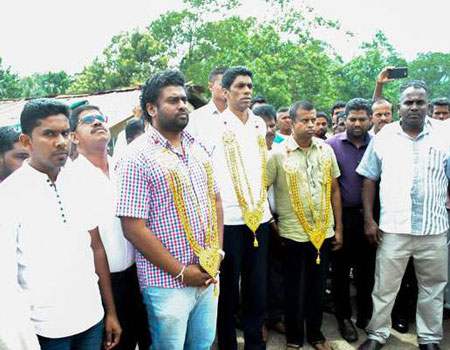 During an observation visit to Noori Estate in Deraniyagala recently, estate workers had complained Minister of Hill Country New Villages, Infrastructure and Community Development Palany Thigambaram of the harassment they facing by the associates of former Chairman of the Deraniyagala Pradeshiya Sabha Anil Champika alias ‘Atha Kota’ convicted and sentenced to death over the murder of an estate superintendent in 2013.

The estate workers had informed the minister that the current Noori Estate Superintendent along with the Atha Kota’s associates is harassing them continuously.

The people had informed the minister that under the influence of Atha Kota’s group tense situation was created between Sinhala communities and the estate workers on September 6, however the situation was amicably settled following the intervention of the Sugathabimbarama Temple Viharadhipathi and the Priest of the Sri Muththuammaar Shrine.

Minister Thigambaram responding to the public said that ethnic harmony can resolve any issue. He also added that he will not allow Atha Kota’s group or anyone else to create any problematic situation similar to 2013 to repeat in the Noori Estate. The superintendent of Noori Estate, Nihal Perera, was hacked to death in Deraniyagala on July 05, 2013 after he was assaulted by a group of men who arrived in an SUV while on duty. On November 25, 2016 former Chairman of the Deraniyagala Pradeshiya Sabha, Anil Champika alias ‘Atha Kota’, and 17 other suspects have been convicted and sentenced to death over the murder of the estate superintendent.