Aeroflot issue may impact on SL 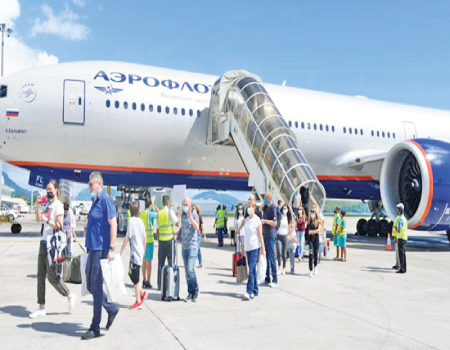 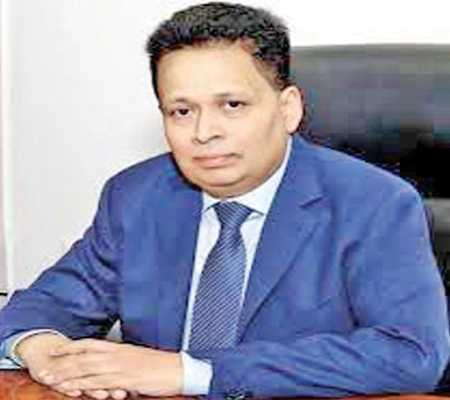 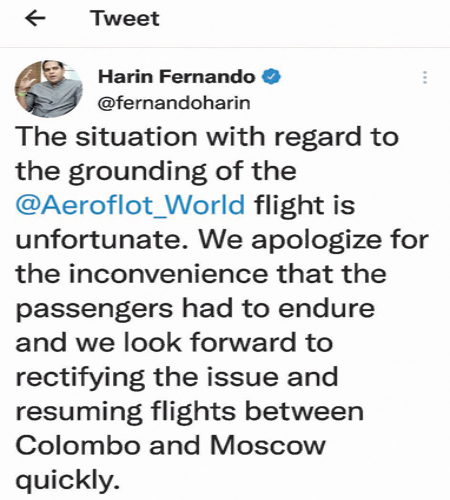 In an interview with ‘Daily News Business’ he said that it was unfortunate that such an incident happened in Sri Lanka and immediate steps should be taken to defuse ‘rising tensions’ in this regard or there would be very harsh implications to the Sri Lanka economy.

“Tourism would be the first and biggest casualty of this episode as over 400,000 winter arrivals from Russia are most likely to be suspended.”

An average Russian Tourist spends around USD 100,000 for a10 day holiday in Sri Lanka while a family spends around USD 3,000 sans the cost of the air ticket. “This proves how costly this issue would reflect on the tourism sector which is already witnessing a huge drop in arrivals.”

In addition the Russian government has also pulled back Russian tourists already holidaying in Sri Lanka and in some instances halfway through their holiday. “This proves that Russia is very concerned and hurt about this issue.”

The Airbus A330-343 operated by Russian state-owned airline Aeroflot with 190 passengers was denied permission to fly to Moscow on June 2 (flight arrest) due to a legal dispute with a leasing company.

Currently Russia allows zero tax on tea imports from Sri Lanka and due to this issue there is a possibility that a new tax structure would be imposed on tea imports making ‘Ceylon tea’ lose its competitive edge in the Russian market.

“I am also made to understand that Sri Lanka was expecting a USD 500 million credit line from Russia to purchase fuel, gas and fertilizer from Russia at very ‘economical’ rates and now it seems that this too may be in jeopardy.”

He however said that this issue may not have any negative impact on Sri Lanka students studying in Russia. Dr. Weerasinghe who is also the Chairman Sri Lanka – Russia Friendship Society recalled that several years ago a similar incident happened when the then government was to ban asbestos imports from Russia.

“During the time I was the Sri Lankan Ambassador in Russia and ironed out this issue in just four days along with some top Sri Lankan government VVIP’s. Similar diplomatic moves should be made to resolve this issue before it goes too far.”