Adlen Robinson: Drinking tea can have many health benefits 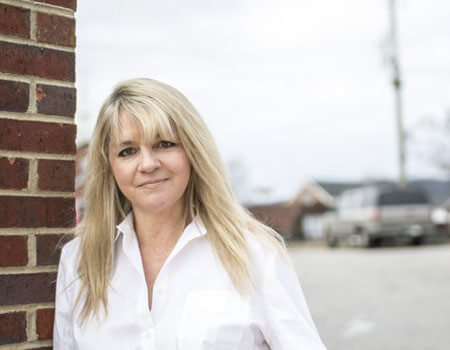 I have been drinking tea my entire life beginning when I was just a little girl. My mother made iced tea and even though we lived in the south, she made unsweetened tea. I know so many of you are wondering how we managed to drink unsweet tea. When I tasted sweet tea, I could never drink it because it was just too sweet for my palate.

My mother also drank lots of herb teas — all of which I loved, especially chamomile. When I was sick, she always brought me a cup of chamomile tea and to this day its mild taste brings me right back to those days.

There is always a big jar of iced tea in our refrigerator — usually half green tea half black tea. Yes, it is always unsweetened. Sometimes I add in other things. Right now I am steeping dried hibiscus flowers with the tea bags. Hibiscus flowers have been shown to possibly reduce blood pressure, lower bad cholesterol and boost your immune system. The hibiscus flowers add a little different flavor, but it is not too noticeable.

Did you know tea has been around for thousands of years? Historians mostly agree tea likely originated in the Yunnan region of China during the Shang dynasty (1500 B.C.—1046 BC) The tea was originally used for medicinal reasons, but soon was consumed regularly as an enjoyable beverage.

The history of tea is filled with myths, legends and magical stories. One thing is for sure, when the Chinese sailors were out sailing, they were spreading the tea love to every place they went. When people visited China, they brought tea leaves back to their native lands and tea continued to gain in popularity — both for medicinal uses and for enjoyment.

If you have been down the tea aisle at the grocery store lately, or been in the tea section of a specialty store, you already know how many types of tea there are. Here are just a few of my favorites.

• Assam tea. From the Assam district in India, this popular tea is popular for its rich taste and energy-boosting qualities.

• Ceylon tea. One of the world’s most popular black pekoe tea that originated in Ceylon (now Sri Lanka), but is now grown in other places including India and China.

• Chamomile tea. Many health professionals believe this tea can help soothe any digestive issues you might have.

• Chai tea. This aromatic tea is typically a blend of tea, milk and spices. Typically, the spices are cardamom, cinnamon, cloves, ginger, nutmeg and pepper.

• Darjeeling tea. A strong, full-bodied tea from India’s Darjeeling province in the foothills of the Himalayas.

• Earl Grey tea. Named for Charles Grey, the second Earl in his line who was also prime minister to King William IV in the early 19thcentury.

• Green tea. A type of tea made from Camellia Sinensis leaves and buds, green tea is loaded with antioxidants. If you don’t like the flavor of green tea, mix it with regular black tea. I promise you won’t taste the green tea at all.

There are so many health benefits for drinking tea besides the fact that it tastes so great. Many studies show tea might reduce your risk of heart attack and stroke, may boost your immune system, protect your brain from Alzheimer’s and dementia, and even kill bacteria in your body.

Why not make a big pitcher of tea and drink it all week long?