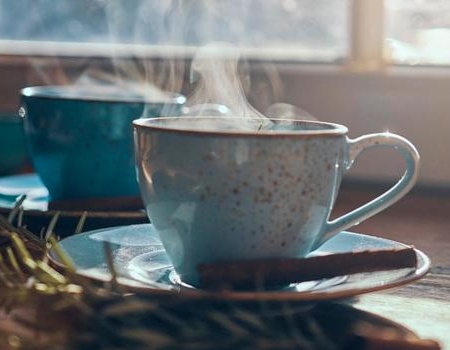 You have probably heard that drinking at least one cup of tea a day is good for you. You may also have heard that tea is filled with antioxidants, making it ideal for fighting off colds or viruses. A hot cup of tea is a great way to start your morning if you're not a coffee drinker, and if nothing else, it keeps you warm in cold weather.

There's more to drinking tea than you think. What many people don't know is that tea has many other health benefits too.

Tea originally began as a tradition and ritual in China. It was used more for medicinal purposes and less for enjoyment. As the tradition of drinking tea spread from China to Japan and then to the rest of Europe, it quickly became a popular beverage consumed by millions around the world. People not only enjoy tea for its delightful taste but its health and therapeutic benefits.

Caffeinated teas derive from the Camellia Sinensis plant. Black tea, green tea, white tea, and oolong tea are the most popular caffeinated brews consumed by Americans. The taste varies based on how the plant is processed. Caffeine levels depend on how long you steep your tea.

Herbal teas, on the other hand, are made from roots, leaves, flowers, and components of different plants. Some popular herbal teas are chamomile and peppermint.

Do you ever wonder why your mother suggests drinking tea when you have a cold? This is because tea, specifically black and green tea, is known for packing a powerful punch of antioxidants. These drinks contain polyphenols that help remove free radicals and decrease cell damage. The warm tea is also very soothing for a sore throat.

2. It's good for your teeth

Has your dentist told you to cut back on soda and juice due to the high amounts of sugar? Do you feel like water is your only option when it comes to beverages? Green tea, specifically, contains an antioxidant called polyphenol, which can protect against oral diseases, such as gingivitis, and periodontal disease.

3. Tea may improve your gut health

Your gut is more important than you think. Your gut contains trillions of bacteria, according to Healthline. The bacteria in your gut help reduce the risk of different health conditions, such as type 2 diabetes, obesity, and cancer. However, some of those bacteria are not good for you. Studies show that the polyphenols found in black tea may help promote the growth of good bacteria, increasing the overall health of your gut.

Inflammation is the body's response to injury and infection, according to Live Science. Chronic inflammation has linked to heart disease or stroke. Once again, the polyphenols in tea can help fight inflammation. Studies show that the epigallocatechin gallate (EGCG) in green tea has anti-inflammatory effects.

5. It may help with weight loss

More than half of Americans begin their new year with a goal of weight management. Some studies suggest that the caffeine and catechins of caffeinated teas, such as black tea and green tea, may help people lose a pound or two.

Everyone has those days where they have a hard time staying focused. Regularly consuming black and green tea can prevent cognitive decline by boosting memory and increasing attention span.

According to the Academy of Nutrition and Dietetics, both caffeinated and herbal tea may also provide small amounts of potassium, phosphorous, magnesium, sodium, copper, and zinc.

This article is for informational purposes only and is not intended to diagnose or treat any condition. If you have any concerns, please speak with your doctor.

Sinclair Broadcast Group is committed to the health and well-being of our viewers, which is why we initiated Sinclair Cares. Every month we'll bring you information about the "Cause of the Month," including topical information, education, awareness, and prevention. March is National Nutrition Month.