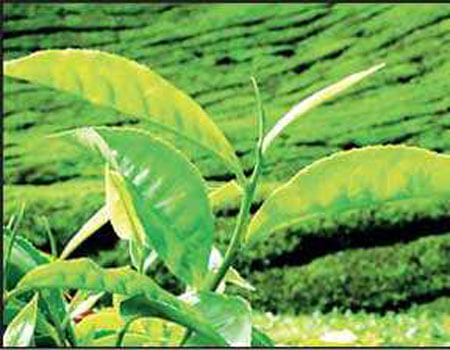 Tea exports for the first quarter of 2019 has increased by Rs. 5 billion to Rs. 62.4 billion when compared to the same period last year, with Iraq emerging as the leading importer of Ceylon Tea, John Keells tea brokers said yesterday.

Sri Lanka harvested a crop of 28.1Mkgs during the month of March, recording a marginal decrease of its previous year’s crop of 28.6Mkg.

The main contributor for the 28.1Mkgs was from the Low Growns with 64.5% followed by the High Growns at 20% and Medium Growns at 15.5% when compared with the 2018 harvest, the report said.

Sri Lanka tea exports for the month of March was recorded at 26.4Mkgs, which is a marginal increase of 1.0% when compared to the same period of the previous year. The FOB value was Rs. 25.22 above the FOB value of 2018. The cumulative export quantity for the year stands at 73.6Mkgs at an increased FOB value of Rs. 19.12.

There was fair demand for the 1.0 Mkgs of Ex Estate teas on offer. Select best BOP/BOPFs shed from previous levels. In the below best category prices tended irregular. Poorer BOPs declined, however similarly BOPFs appreciated. There was less demand for Nuwara Eliya BOP and BOPF. Uva BOPs met with irregular demand, however a selection of BOPFs appreciated fairly sharply. Low Grown BP1s and PF1s maintained, it added.

High and Medium Grown BP1s and PF1s were firm, whilst PF1s initially at the commencement were dearer by Rs. 20 to Rs. 30 and at times more, however latterly met with less demand and eased.

There was fair demand from Russia, Iran and the C.I.S. countries, whilst Turkey was selective. Iraq and Libya lent fair support.