Travails of an early coffee planter 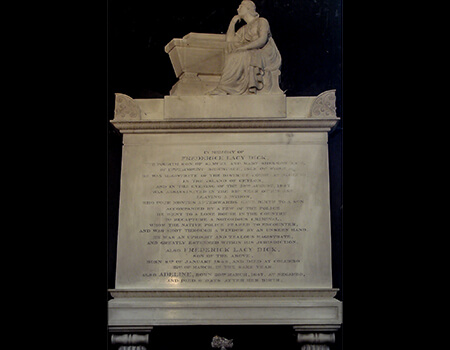 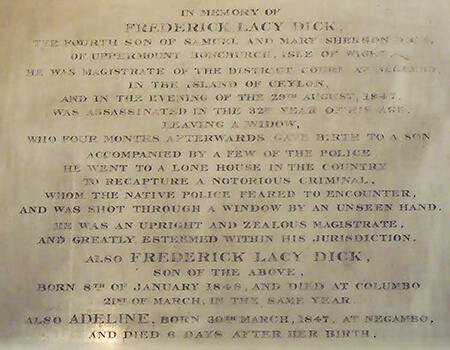 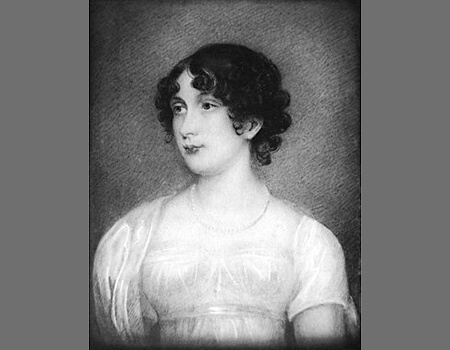 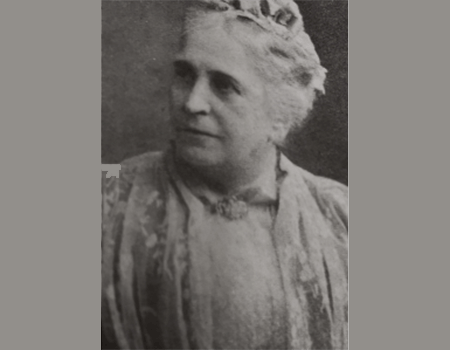 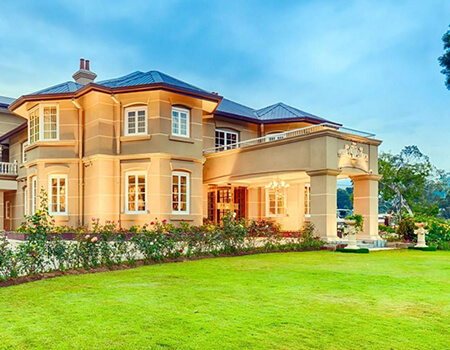 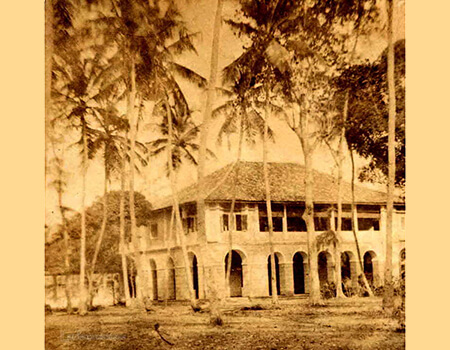 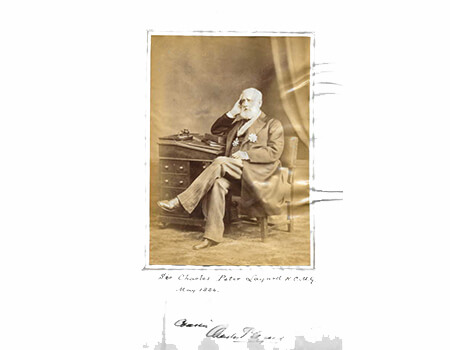 If one lived in Sri Lanka in the mid-1900s, a name such as F.L. Dick would have raised more than a few titters. The unfortunate man lived in Ceylon a century before such a possibility, in an age when neither ‘F.L.’ nor Dick meant anything other than a mere name. Frederick Lacy Dick was the elder son of Samuel Dick, a wealthy landowner from the Isle of Wight who invested heavily in opening coffee plantations in Ceylon in the mid-1800s and which eventually succumbed to the ‘coffee crash’ of the time.

Fred and his brother who came out to Ceylon to manage their plantations lost their means to a livelihood as a result of the coffee crash. That was the time when the country was a Crown Colony and the British who were running the country were able to do as they pleased, and people in their early teens were appointed to the Ceylon Civil Service presumably in the belief that a 13 year old lad from England had more intelligence than that of the thousands of adult ‘natives’ he was expected to administer!

Let me digress here briefly, to advert to the doings of Ceylon’s first Governor Frederick North, who arrived in the island on 12 October 1798 accompanied by officials appointed to assist North in running the country. Also in this group were three boys, each of thirteen years age, Sylvester Gordon, Robert Barry and George Lusignan, who were expected to “learn the languages of the country” and work under the first assistant to the Chief Secretary William Boyd until they were “fitted for promotion to responsible posts”.

Barry and Gordon accompanied North on his tour round the island in 1800 when each of the boys would have been 15 years of age. Sadly, both Gordon and Barry were killed in the Watupuluwa massacre of 1803 at the age of 18 years, as members of the failed expedition to capture Kandy and its king. Of the three boys only Lusignan survived, despite “some indiscretions” to adulthood, and died at the age of 41.

The early years of the Ceylon Civil Service were characterised by appointments not necessarily based on merit, but rather, by a person’s connections with the establishment in a country where the new overlords were free to reign unchallenged, and to do as they pleased.

Frederick Lacy Dick and his brother were sons of wealthy Highland landowners Samuel and Mary Dick of the Isle of Wight. The Dicks had invested many thousands of pounds in opening up and planting Attaltenna Estate in Coffee. (I have been trying to identify this estate by its current name but cannot find the name in lists of estates currently under cultivation).

The coffee crash compelled the brothers to look for employment, and F.L. Dick at the age of 30 was appointed to the Ceylon Civil Service on 1 October 1845. His first appointment was as Police Magistrate, Negombo, a job to which he took earnestly. He was regarded as a man of integrity and an enthusiastic proponent of the principles of justice and the rule of law.

On Friday 29 August 1847 Dick had imposed fines of £5 each on four of the Court peons who had allowed one Daniel Appoo, a suspected robber, to escape from their custody. The peons did their own investigations and found that the thief was at a place called Welikanna, but that he had armed himself and had declared that he would not be taken alive. Dick on hearing this determined that he himself should apprehend the man who was in defiance of the law. Dick armed himself with pistols and together with a Mr. Northmore who was then staying with him, proceeded in search of Daniel Appoo.

Don Juan Appoo, a witness said that on the day (Friday 29 August 1847) he was sent for by the Magistrate’s interpreter Mr. Pereira who asked him to go to a place called Pallanchena with Dick to assist in apprehending the robber, Daniel Appoo. He went with Dick who was also accompanied by Northmore, a Police Sergeant Oodoma Lebbe, and another constable Pedro. On arriving at Welikanna they surrounded one house and ordered the inmates to light their lamps. After searching the house, the occupants were allowed to go and rest.

Dick then accompanied by Northmore and Don Juan Appu went to the thief’s father’s house, where the man was asked to get a light from a nearby cottage. However, Dick thought that the man may escape, so asked Northmore to accompany the man – a distance of about 200 yards. While Northmore was away Dick decided to search the adjoining house and jumped over a fence and approached the house cautiously. On hearing some voices, he knocked at the door when a woman from inside shouted loudly “who’s there?”. Constable Pedro responded by saying that it was the Negombo Magistrate and not to be frightened. The woman responded with an obscene expression. There being no response to the door knocks, Dick went to an open side window and while looking into the house the woman said, “What are you looking at? Take the gun and shoot him.” Don Juan called out, “Don’t fire, it is the Magistrate of Negombo.” He had barely uttered the words when there was a report of a gun. He then ran to the back of the house and found Dick lying on the ground, bleeding profusely from a wound in his neck. He opened his eyes once, and then shut them immediately after, in death.

Frederick Lacy Dick married Anne Elizabeth Layard just a year before he died, and she was pregnant with their son also named Frederick Lacy Dick at the time of his death. Born on 8 January 1848, the son died on 21 March the same year. A daughter Adeline born the previous year died six days after her birth.

Not many of the present generation of Sri Lankans would know of the Layard family which had such a dominant role in Ceylon mainly in the judicial and administrative spheres during the period of British rule in the 19th and 20th centuries. Layards Broadway, Layards Road, and even Layards Folly are names that remain to this day, commemorating the services of this unique family of pioneers in the development of the island.

The story of the Layards in Ceylon began with brothers Charles Edward & Henry Peter John Layard (H.P.J) who were the sons of the Rev. Charles Peter Layard, the Dean of Bristol. It has been said that the Dean probably through the influence of Viscount Conningham succeeded in obtaining appointments in the Ceylon Civil Service for his two sons who arrived in Ceylon in 1804 & 1803. “It was then believed that Ceylon was an El-dorado in which those who were fortunate enough to receive Government employment were sure to make a rapid fortune” wrote Sir Austen Henry Layard, the son of H.P.J. Layard in his autobiography.

The latter married a Ms. Austen, the daughter of Mr. Nathaniel Austen, a banker, and their son became the famous archaeologist, Sir Henry Austen Layard of Nineveh fame. Charles Edward married Barbara Bridgetina Mooyart daughter of Gaulterus Mooyart, the last Dutch Governor of Galle and had 26 children by her! He had a house in Kalutara where he was collector, called 'Mount Layard'. His eldest son was Sir C.P Layard. G.A of the western province Layards Broadway is named after him.

His son was Sir Charles Peter Layard Attorney General, and later 18th Chief Justice of Ceylon. This distinguished family held many important posts in Ceylon and seem to have contributed much to the development of the island.

Barbara Layard, born 30 June 1834 and younger sister of Anne Elizabeth, lived a long and eventful life in Ceylon, which linked the final days of the Dutch occupation of the island to the glory days of British colonial rule in the twentieth century. She lived in her stately home named Grimsthorpe which she built in 1896. The genealogy of her family, albeit relating only to a couple of generations before her, makes interesting reading as it was one of the few links that connected the erstwhile administration of the Dutch over Ceylon’s maritime provinces with the administration of the new British colony of Ceylon.

Barbara Layard a highly respected resident of Nuwara Eliya was regarded as the best repository of information on Nuwara Eliya and its residents, including the time when Sir Samuel Baker opened his Baker’s Farm at Mahagastotte, the story of which is all now in the public domain thanks to Baker’s very popular memoirs “Eight Years in Ceylon” and “The Rifle and Hound in Ceylon”. Anne Elizabeth Layard (sister of Barbara) who married Frederick Lacy Dick was one of the twenty-six offspring of Elizabeth Bridgetina Layard (nee Mooyart) and the family resided in Big Bagatelle the stately home of the Layards which was part of a 145-acre cinnamon estate in Kollupitiya, later owned by the 19th century philanthropist Charles Henry de Soysa and renamed Alfred House.

After the untimely death of her husband Mrs Dick contracted a second marriage to Major Rolleston of the 84th Regiment where the Major served in India and saw service during the 1857 mutiny. She died at Pembroke Dock on 24 October 1860. A tablet dedicated to the memory of Frederick Lacy Dick (see photo) was at the Holy Trinity Church, San Sebastian, Pettah. The Church was deconsecrated in the 1950s and some of the memorial tablets transferred to St Lawrence Church, Wellawatte where it may be presently located.