THE STORY OF THE NORTHWAYS – PIONEERING PLANTERS 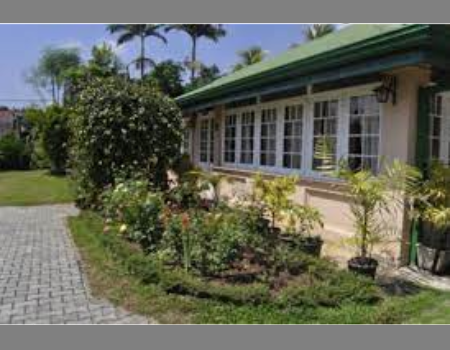 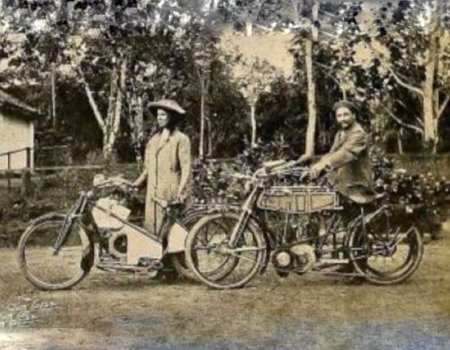 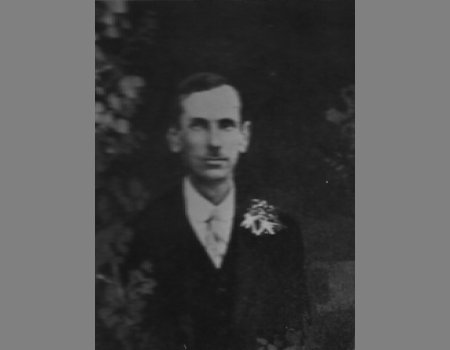 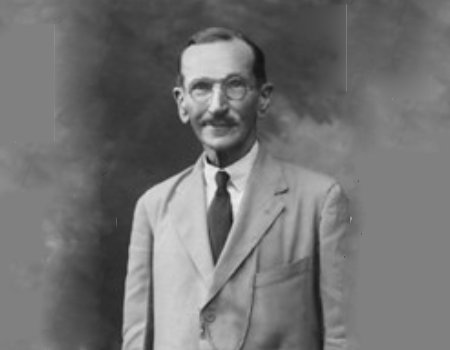 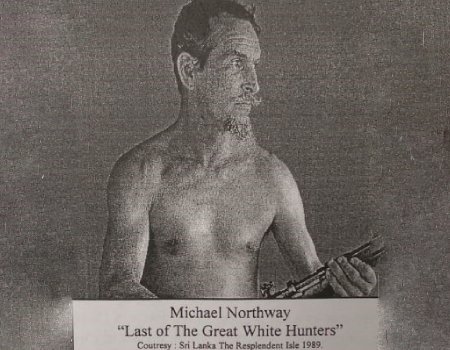 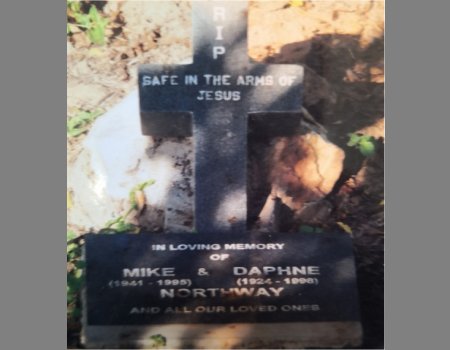 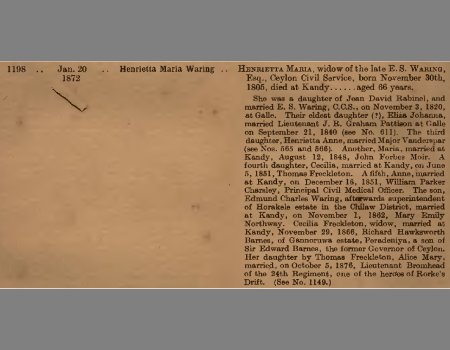 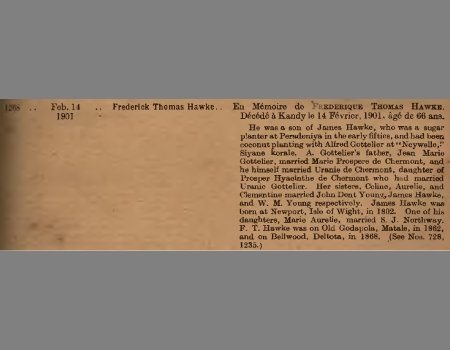 The four generational links that the Northways had with the plantation enterprise in Ceylon ended with the death of the last of the Northways in Sri Lanka, that of Michael Northway in 1995. The progenitor of the family in Ceylon was Samuel Northway who together with the Winters, Bowmans, Hawkes, and Gotteliers, and others were induced to come over to Ceylon to establish the sugar industry in which these families were successfully associated with, in the Mauritius where they lived previously. All, or most of these families were of French extraction including the Northways.

Governor Edward Barnes was the fifth Governor of Ceylon to be appointed by the British. He served as Governor in two terms which added up to him being the Governor with the longest period of administration in the country. Governor Barnes was a distinguished soldier having served as adjutant to the Duke of Wellington in the battle of Waterloo, where he was severely injured. Although a military man Barnes had within a year of his appointment gathered sufficient knowledge of the island for him to plan the development of the country. He had two major areas of focus, viz building a network of roads, and establishing a sound base for economic enterprise.

He embarked on a road building programme creating a network of roads connecting the principal towns in the country including the main road from Colombo to Kandy. When he took office, the coffee industry was in a nascent stage, and he soon set up a plan for encouraging British investment in opening up a large extent of forest land in the central province, for the cultivation of coffee. Barnes himself invested in a large tract of land in Gannoruwa to be tried out first in sugar cane. He also encouraged successful sugar cane farmers in Mauritius to settle down in Ceylon and give the sugarcane industry a kick start. Samuel Northway was appointed by Barnes to manage his property in Gannoruwa. While sugar cane did not thrive in Gannoruwa, the subsequently planted coffee was a success and was partially responsible for the coffee boom that took British investors by storm. A few decades later however the coffee industry crashed with the onset of leaf blight. Gannoruwa Estate was later acquired by the Government, to form part of the Royal Botanic Gardens in Peradeniya.

Samuel Northway born in 1803, although manager of the Governor Barnes coffee estate, invested in opening up coffee plantations himself. He was a man of certain means himself having contributed £2. 2sh towards the George Turnour Memorial Fund in 1844. That equates to over £200 in today’s terms. However, the coffee crash that devastated the coffee industry of Ceylon in the mid-19th Century, rendered Samuel Northway near penniless.

Samuel Northway was married to Amelia Hawke, daughter of James Hawke a fellow sugar cane planter from Mauritius. Samuel Northway had ten children by this union. They were Robert Swinthin, Louis Charles, Leon, Rebecca Margolina, Mary Alick, Prosper Arthur, Marie Emilie, Lawrence Aurelia, Maria Catherine, and Francis Charles. Almost all the males became successful pioneer planters who opened estates in many parts of the country. Notable among them were Louis Charles later to open up Deviturai Estate, Leon who pioneered Hulandawe Estate, Akuressa, and Robert Swinthin who opened Orion Estate, Gampola. The family could be considered as one which contributed significantly towards the establishment and development of the plantation enterprise of Ceylon. Samuel Northway’s three daughters were all educated at the Female Seminary in Colombo. One of Samuel’s daughters Maria Catherine together with Lucy Roosmale-Cocq and Emma Piachaud passed in the First Class from the Seminary in 1845. Maria married Lieut. Thomas Dawson of the Ceylon Rifles in 1849. She was for some time employed by Governor Barnes in the Governor’s household staff. Marie Emilie married EC Waring, a planter in Kandy in 1862. Their descendants include Mike Waring better known as a rugby player in the 1950s/60s. The eldest daughter Rebecca married Herbert Towgood, also a coffee planter in 1858. Samuel Northway passed away at his home in Gannoruwa at the age of forty-seven on 29 July 1850.

Charles, son of Samuel was a qualified dentist, but chose to manage plantations as a career. He was working as an assistant on an estate in Deltota near Gampola when he was appointed to open up Deviturai Estate in Ambalangoda. Originally only fifty acres in extent, Charles expanded the acreage to 2,150 acres, planting it with seven hundred acres of low grown tea and 1400 acres of rubber. Charles was a pioneer in the art of rubber tapping and designed the Northway/Bowman tapping knife, still in use on rubber estates. Norah Roberts in her encyclopaedic book “Galle as Quiet as Asleep” 1993, describes Charles riding his bicycle all the way from Rakwana to Galle with his Tamil servant running beside him carrying Charles’ trunk on his head! Most of the expansion of Deviturai involved acquisition of adjoining uncultivated lands from village gentry. The wheel came through to its full circle nearly two centuries later, when following Land Reform in the country, much of Deviturai was used for village expansion and settlement schemes, and what was left including the tea factory is now managed by Elpitiya Plantations.

While managing Deviturai, Charles Northway invested in a 400-acre block of forest land adjoining the Wirawila tank. He had plans for developing the property in his retirement in 1933, but sadly died of cancer within a year of his leaving Deviturai.

Fred Northway’s son Charles was born on Deviturai estate in 1902. As was customary among pioneer British planters, he was sent for his education to England where he studied for eight years. He returned in 1924 to take over the running of Deviturai from his father Charles. Both Charles and Fred were great shikars gathering much experience by shooting wildlife around the estate, and later using their furlough to travel to India and Africa for big game hunting. The Northway home in Deviturai was adorned with hunting trophies including elephant heads, tusks and feet, tiger, and lion skins all excellently preserved by the expert taxidermist of the day Van Ingens who later retired to India. Fred Northway who managed Deviturai since the retirement of Charles, himself retired in 1958. He lived for a couple of years in Elpitiya before retiring to his Wirawila property. His mother Marie Northway outlived his father Charles and lived for many years in Upper Dickson Road, Galle. She was one of the first to own a motor car in Galle a single cylinder Rover which was a familiar sight in the town.

Robert Swithin Northway was a brother of Fred and of Cyril who opened up Hulanduwa Estate, Akuressa. Their descendants are scattered around the world leading successful lives in their chosen careers.

THE LAST OF THE NORTHWAYS IN CEYLON – MICHAEL NORTHWAY

Fred Northway’s son Michael was born in Ceylon in 1941 and sent to Australia for education. The plan was to induct him to planting life as was the experience of generations before him. Mike was not a planter at heart however. Perhaps modernisation and changing social values had influenced him. I first met him when he was Assistant Superintendent on Gonakelle Group in Passara in around 1961. He was not the least interested in planting matters, was a collector of vinyl records, and a motorcycle enthusiast fond of his Ducati motor bike. It was not much long after that he settled down in the family property in Wirawila. In true family tradition he was an excellent marksman and an intrepid visitor to the jungles and nature reserves in Sri Lanka. Part of the Wirawila property was sold to Gamini Fonseka the film actor, who built a hotel called Senasuma there, and Mike earned a living taking tour groups on safari.

In later years he was an ardent conservationist and a great admirer of the land of his birth. Often described as the “last great white hunter” of Ceylon, he married Daphne Lover also descended from one of the pioneer British families in Ceylon. Michael fell victim to cancer and passed away in in 1995 aged 54. Daphne too died of cancer three years later. Their ashes were interred in a grave under a kohomba tree beside their house in which they lived out their last years. Thus ended the line of Northways in Ceylon, a dynasty which through four generations was closely associated with the development of their country of adoption, and the rise and decline of British interests in Sri Lanka.

(This article was based a previous version from the writer, and published in The Ceylankan No 16 of November 2001)