The Pioneering Planters of Maskeliya 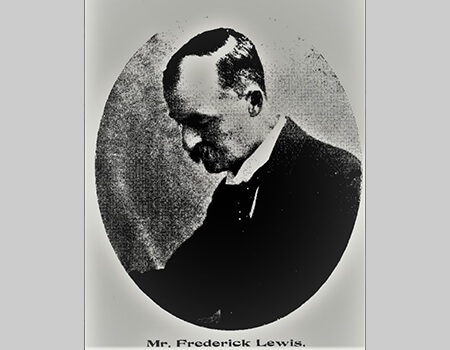 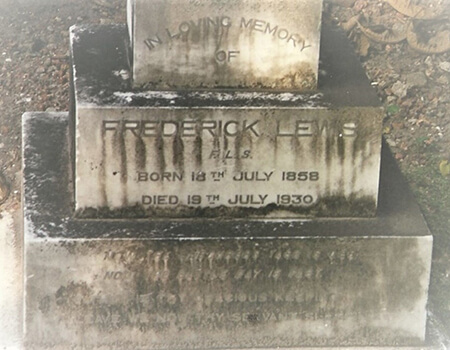 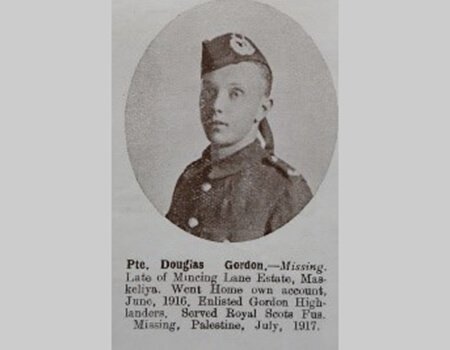 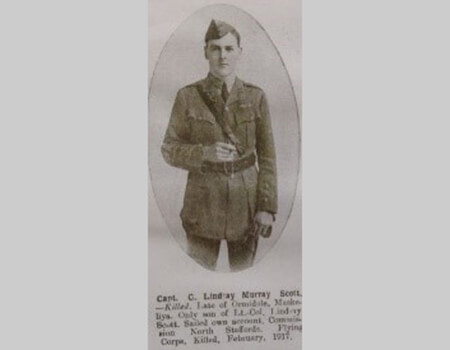 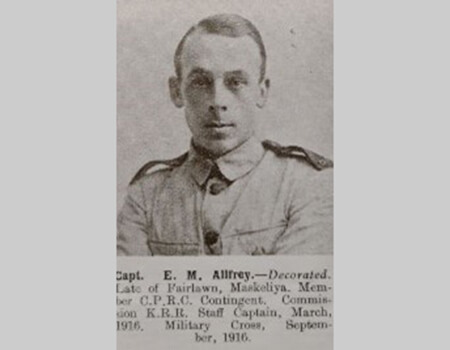 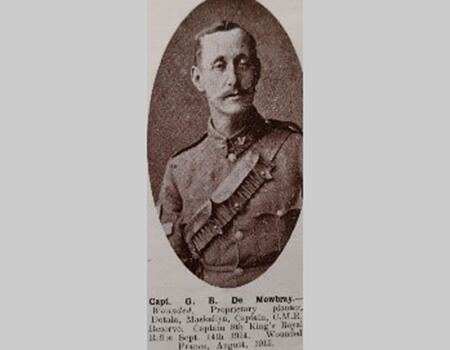 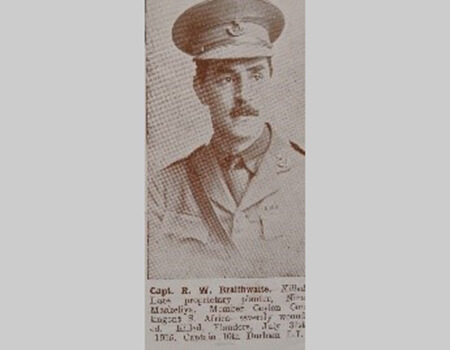 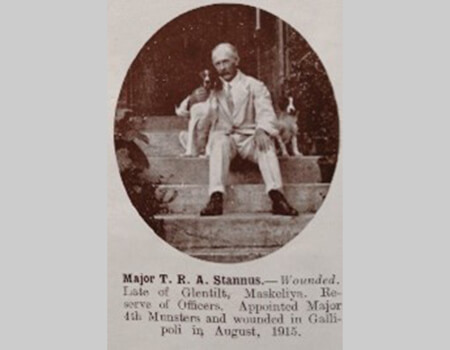 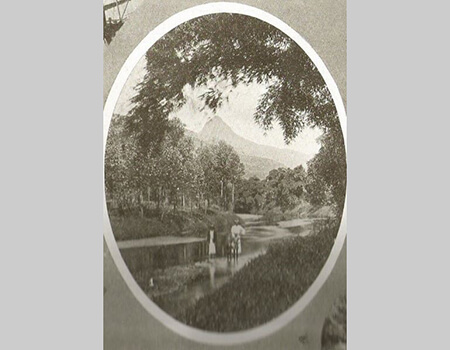 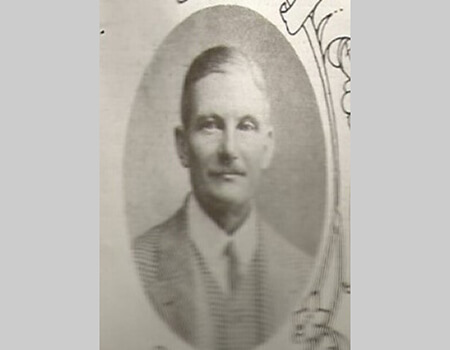 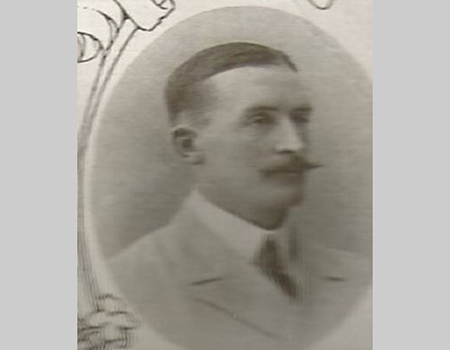 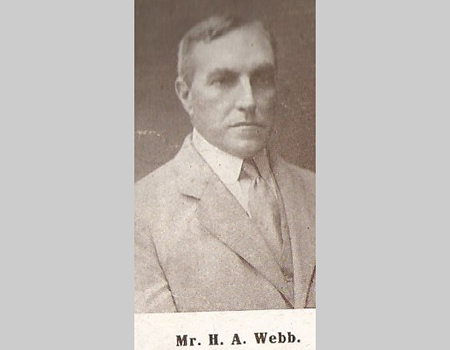 The economy of Sri Lanka or Ceylon as it was then known, was basically a peasant economy which through the nineteenth century transformed into a plantation economy. The change commenced with the introduction of the first commercial crop, coffee. Commercial cultivation of coffee as a crop was introduced and encouraged during Governor Sir Edward Barnes tenure in the 1830s and by the 1860s had covered most of the upcountry areas. Maskeliya District opened up in the late 1860s, the first estate to be cleared and planted upon in the district being Bunyan Estate. Planting Districts (with the exception of Kegalle, Haputale, and lower Walapane) were established by the government on the recommendation of the Planters Association which commanded a great influence in the administration of the colony.

By 1871 Maskeliya District contained 7800 acres of land held on 25 estates planted with 1887 acres of coffee. The commercial cultivation of coffee in the island had already reached its peak in 1865, and Maskeliya came into planting towards the tail end of the upward climb of coffee and the beginning of the downfall soon to follow. Within the next decade tea was the dominant crop and the acreage under cultivation rose to 19700 held within 75 estates containing 23500 acres of land.

Tea plantations have since dominated the landscape of Maskeliya and until today is the source of sustenance of the district. The pioneering work of the coffee planters who set the base for developments that followed is a significant contribution often forgotten, and hardly acknowledged. It is hoped that this window into the lives of the pioneer planters will help encourage more information to surface and reveal the extent of the significance of pioneering activities in the district.

It has been said that the first planter in Maskeliya was Tom Gray who cleared and planted Bunyan Estate in the 1860s. That inveterate chronicler of life during early British times in Ceylon, Frederick Lewis was known to Gray, and he has recorded how the latter went on a pilgrimage to Adams Peak where he had “hair breadth escapes from wild beasts; the crossing of boiling torrents of water; in crawling up precipices, in which his toes were more in use than his heels; in scraping off leeches with a hunting knife”.

He had then discovered delectable spot for a coffee estate which he bought and named Bunyan. It was the first estate in Maskeliya, and Mrs. Gray was the first European lady to reside in the district. Frederick Lewis himself opened up Alton and Upcot estates later in 1875. The land belonged to G.A. Talbot and partners. Lewis recalls the felling and burning of the jungle and a tiny two roomed bungalow constructed where he lived with Alfred Dickson already on Lorne Estate, Dimbula but temporarily in Maskeliya to guide. Lewis’s nearest neighbor was T.K.I. Rumley on Gouravilla. Rumley was the brother-in-law of Walter Agar who owned Maha Nilu Estate. Another neighbor of Lewis was Frank Sykes who was opening up a land called Katudetiya which later came to be called Kahagala and still later Kincora. Adjoining Lewis’s boundary on Upcot Estate was Bargrove originally cleared and planted by a Mr. Tate and succeeded by F.L. Clements. Around these properties were Charles Brownrigg Pyper on Glenugie, C.A.S. Ogilvie on Scarborough, Norman Macfarlane on Ormidale, Johnston on Annandale, and Acklom on Ladbroke. The great pioneer of the district was however William Jardine who opened up at least “half the estates in the district” including Adam’s Peak Estate. Frank Carey and William Mckenzie were two other pioneer planters who between them opened up Forres, Deeside, Glentilt, Kintyre, Moray, Laxapana, and Suluganga, which later became part of Laxapana Group. Another pioneer was H.A. Webb who arrived in Ceylon in 1885 and purchased Hindugala Estate, Peradeniya, and later Mousakellie Estate, Maskeliya

Frederick Lewis has written many accounts of his early planting days in Dimbula, Maskeliya and Kandy, and together with P.D. Millie’s “Thirty Years Ago”, William Sabonadiere’s “Coffee Planting in Ceylon”, and “The Autobiography of a Periya Durai” by William Boyd, are the few insights we have of the lives of the pioneer planters.

Born in 1858 in Kandy, Frederick Lewis was just 14 years of age when he was appointed SD on Tellisagala Estate, Kotmale in 1872. His father was the Superintendent. Lewis had an illustrious career first as a coffee planter, and later as a pioneer tea planter. He also worked as an Assistant Superintendent of Surveys and had assisted in the surveying and mapping of large extents of land opened up for plantations. Despite being home schooled by his mother, after the early departure of his father, he proved to be a scholar in his own right. His excellent memoir “Sixty-four years in Ceylon” published in 1930 makes excellent reading. He passed away on his 72nd birthday and was laid to rest at the Kanatte Cemetery.

Demise of ‘King Coffee’ and Emergence of ‘The Cup That Cheers”

By the mid nineteenth century, the plantation industry of Ceylon based on coffee was galloping away with many British entrepreneurs investing heavily. Hundreds of acres of forest land were offered at between a shilling to 5s per acre and felling and clearing of the land by imported labour from South India. The South Indian worker was happy to get away from famine stricken South India and often were content to work for a bowl of “conjee’’ which kept them alive. The middleman ¬¬– the “kangany” – was thriving out of the efforts of labourers over which he had much control.

The late 1870s and the early 1880s saw the almost complete obliteration of coffee after coffee blight decimated coffee plantations. The Maskeliya District was still young, and many investors were to see their precious investments evaporating and were reduced to penury. The knight in shining armour to save the country and its journey to further development was the newly introduced tea plant. By the late 19th century and early twentieth century tea plantations had enveloped most of the hill country of Ceylon including the Maskeliya District. This was the era when estate infrastructure was introduced in the form of better roadways, tea factories, spacious residential facilities for staff, and an emerging ethos of social stratification within the workplace to ensure a smooth production process.

The colonial government was in firm control and the management of estates were well in the hand of Britishers. In fact, there were only a handful of Ceylonese entrepreneurs who ventured into ownership and management of tea estates. While the Maskeliya District had approximately the same number of estates as it did during the coffee era, many of the estates expanded, and also consolidated by incorporating smaller holdings into larger groups.

Consequently, the largest estate Laxapana, followed by Moray, Adams Peak and Gouraville were becoming names to conjure with in the Maskeliya District.

The “golden age” of tea production and estate management would certainly be the first few decades of the twentieth century. Everything was working well with all the hard work done by the pioneers and well-established tea estates, efficiently managed and yielding abundant crops. Many young men from the UK ventured out to Ceylon to manage tea estates, play golf, and live the idyllic lifestyle.

The outbreak of the Great War of 1914 put at least a temporary halt to easy progress of the industry. Many young men from the plantations volunteered to fight for “King and Country” and sailed out to the theatres of war in Europe. Sadly, many were not to return, plucked away in the prime of their lives. There were an estimated 2000 young men enlisted to join British forces in their campaign against the Germans in the Great War 1914-18. Most planters enrolled with the Ceylon Planters Rifle Corps to defend “King and Country,” albeit the country was not Ceylon, but the UK! Although accurate figures are not available, it is believed that 80 from the planting community lost their lives and 99 wounded. Of these nine were planters from the Maskeliya District.

The War Memorial tablet at the All-Saints Church, Maskeliya listed the names of J.B. Chapman of Gangawatte, Ambrose Marshall of Kintyre, F.M.M. Troup of Moray, C.L.M. Scott of Ormidale, and T.R. Stannus of Glentilt as those fallen. To these may be added Lieut. R.J. Austin of Ladbrooke, Capt. W.A. de L Bainbridge of Meeriacotta, Capt. R.W. Braithwaite of Minna Estate, whose names seem to have been inadvertently omitted.

A major event that occurred in the district in later years was the construction of the Maskeliya or Mousakelle Dam. The objective was to create a reservoir that held back the waters of the Maskeli Oya flowing down from the Peak Wilderness to reach the Kelani Ganga before flowing out to see. The dam was constructed in the mid-1960s, and the submersion took place in 1968. Many estates including Brownlow, Forres, and Glentilt were partly submerged.

Laxapana Estate the largest in Maskeliya faced a tremendous challenge with the creation of the dam. In addition to the substantial acreage of tea that went under water, it lost the Manager’s bungalow, and the tea factory, all of which were submerged. Fred Kreltszheim the first Ceylonese Manager of Laxapana Group had served a few years as Asst Suptdt before he was appointed Manager in 1968. Tasked with the grave responsibility of steering the management of the estate through the period, which in addition was a time of significant socio economic and political change, he rose to the challenge in an exemplary manner. He negotiated with the government for an area of land to compensate for the cultivated area submerged and took on the role of managing the construction of a new tea factory and Manager’s bungalow, all tasks which an estate Superintendent is not usually trained for.

The result of his endeavours was indeed splendid. A new division of 140 acres of tea called the Hamilton Division (named after a pioneer Maskeliya planter) was planted, the factory constructed, and the bungalow occupied. Fred, now living in Melbourne, a long-time member of CSA, recounted his experiences in an article written for The Ceylankan (#41 of Feb 2008) ten years ago. The former national rugby player, proved to the world that those who managed tea plantations almost 150 years after the work of the pioneers, still carry the spirit and work ethic of the pioneers. Long may their tribe live!

The photo taken in in 1873 on the occasion of the presentation of a gold watch to Mr. William Jardine, then the oldest planter in Maskeliya. The convivial gathering including wives seem to have assembled probably in a club. The key below helps to identify most of those present.