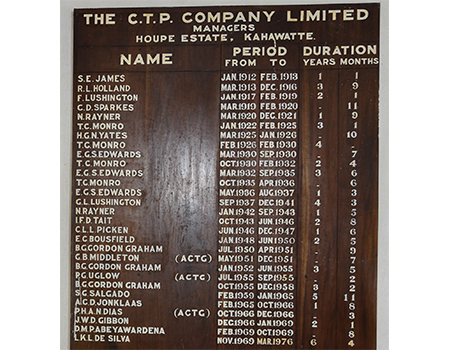 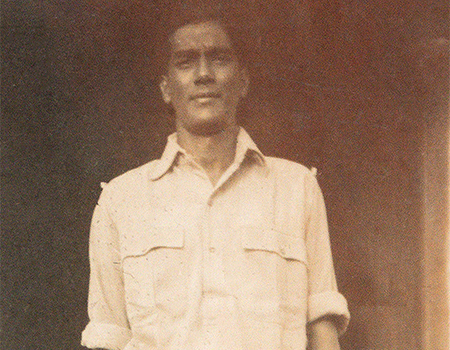 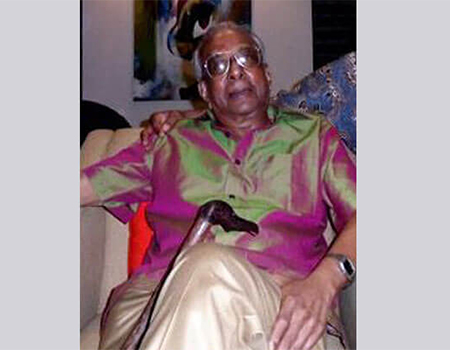 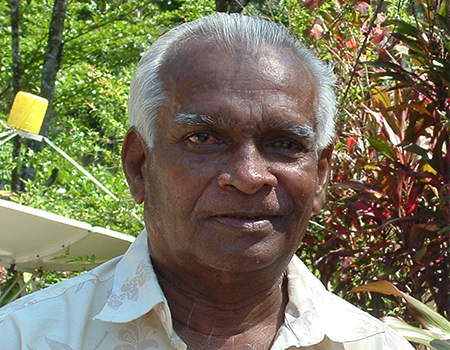 Planters’ had to often contend with solitude due to travel constraints in time and distance between plantations and ‘civilisation’. This resulted in many a bond being created between planting colleagues whose social lives also revolved around each others company.

From many accounts, some of which are now legendary, it would appear that civilisation was hardly missed. For, by day, planters made tea; and by night, they made merry. The following is a depiction of the bond established by one such group, who in the early 1960s formed a close friendship which they decided to put down in song. It was written at night of course!

For the uninitiated, the terms in italics are explained in the legend further below as well as a brief description on each of the planters in question.

Houpé Estate, in Kahawatte, was owned by one of the more prestigious and wealthier British plantation company’s, Ceylon Tea Plantations Co Ltd (CTP). However, in 1960 CTP handed over many of their estates to be managed by George Steuart & Co Ltd, another large plantation company with a long history of plantation management in Sri Lanka, and Houpé was one of these estates.

Gamini Salgado, in the 1940s, was one of the first Sri Lankan nationals to be accepted into the plantation ranks of CTP. His last planting billet was Houpé Estate after which he moved to George Steuart’s head office in Colombo where he remained till his retirement as a Director of the company in 1983.

B.I.G. – The initials of Ian Gunewardene, who cut short a promising career to migrate to Australia in 1969, has since changed his surname to Gardner. His interest in the industry has not waned however, and he recently wrote a book about his experiences in the plantation industry and is an enthusiastic contributor and supporter of the History of Ceylon Tea website.

Manilal – Manilal Abeywardene, started and ended his career as a planter, becoming one of the more respected and knowledgeable planters with an outstanding record spanning four decades.

Balthazaar – Wilhelm Balthazaar, like Ian Gunewardene, migrated to Australia in the early 70s, but returned to Sri Lanka in the 90s where he set up an agricultural farm. He passed away two or so years ago.

P.H.A.N. (Phan) Dias followed Manilal Abeywardene’s example and he too retired as highly respected planter and is still sought after by many plantation companies as a consultant.

(Editor’s Note – Gamini, Manilal and ‘Phan’ have also since passed on to greener pastures)

(Sung to the tune of Oh Island in the Sun)

This is our thottam in the sun,
Houpé by name is a famous one,
Houpé boys are really class,
In work and play they are hard to surpass,
Our PD Gamini Salgado,
Is better known as Gal Sadho,
He’s ready to help in every way,
And his wife Irene too
Our senior SD, B.I.G.
Is always looking for a D.I.G,
He has just returned from leave,
Something always up his sleeve,
Our second lieutenant Manilal,
Like Daha, he hails from Galle,
He’s ever ready to think,
There’s nothing in the world like a drink,
Our third lieutenant Balthazaar,
Is better known as Vul Satha,
He is always in a whirl,
When he sees something like a girl,
Our junior SD Phan Dias,
Is better known as Darned Pious,
He is ever ready to flirt,
Even with a lamp post in a skirt.