TEA, TYTLERS AND TRIBES - An Australian Woman's Memories of Tea Planting in Ceylon 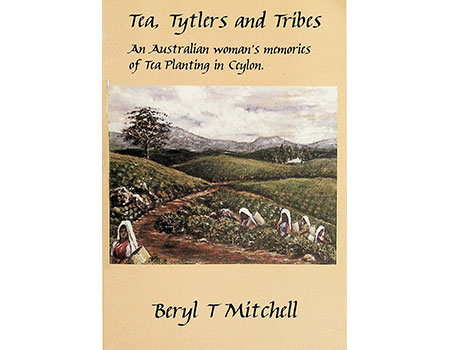 0ur family has its roots in the era of British colonialism. This personal story attempts to tell how a Tytler four generations ago and a Tribe three generations ago, who came from Scotland and England to Sri Lanka ( then Ceylon) lured by the prospects of coffee and tea planting, stayed to call that lovely island 'home'.

My story shows how times have changed and our family, having made its distinctive contribution to Sri Lanka's history and economic development, moved on. In our case, the move was made to Australia. There are descendants of Robert Boyd Tytler, John Campbell Tribe and their like, scattered around the world today who share our Sri Lankan background. They might wish to know where their ancestors came from, and what life had been like in the years before their own parents and grandparents decided to emigrate to other lands and other ways of life.

I have written this record with my own family chiefly in mind. But for many others beside ourselves, Sri Lanka is a country that holds unfailing appeal and interest, for its scenic beauty as well as for its fascinating past and (more recently) its volatile present. I was born in a period of the island's history when an old political and social order was changing to a new, and the outcome could have worked out in a dozen different ways. Whatever the result has been, I believe that the preceding years are worth remembering and documenting. Although ours is now a metric society in Australia, I have used the imperial measures which we worked with at the time of the story. They seem to fit in better.

Ours was a community born of particular circumstances, soon absorbed into countries around the world, but the half century during which we called the hill country of Sri Lanka our home has been special. Those times, those relationships, will never be repeated, because the world has advanced beyond colonialism.

Looking back at our years in Sri Lanka from the standpoint of our present life in Australia, I realise that the experiences we went through, both sad and comic, could not have been peculiar to our family alone. Immigrants always have sad and amusing tales to tell, because moving from one country to another in search of a permanent home is never an easy experience. The survival instinct is as strong in humankind as in any other living creatures, and the adventurous Tytlers and Tribes among immigrant families such as ours, whatever their background or the language they speak, will continue crossing oceans, looking for this ultimate goal.