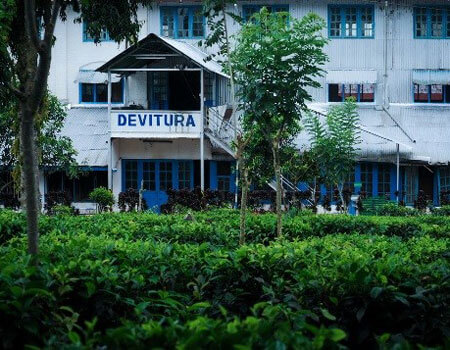 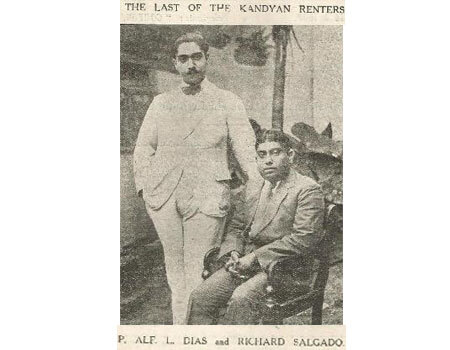 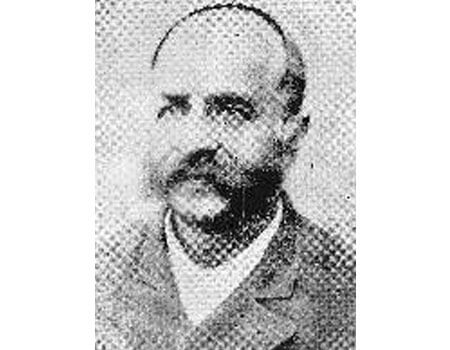 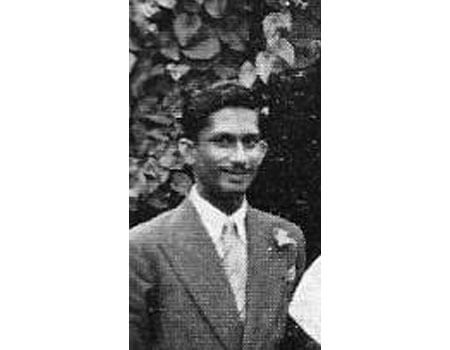 My first occasion to travel from Colombo to Galle on the southern expressway was during a recent visit to Sri Lanka. On two previous occasions I was told that the route was not interesting as the journey was largely through uninhabited areas, and I unhesitatingly bowed to local opinion. While much of what I was told was correct taken in its own context, travelling along the new highway yielded some fascinating insights to me. The expressway does provide other compensating factors of which the principal one should certainly be the reduction of travel time from about 3 hours to a little over an hour. Other piquant features of this drive through the hitherto publicly unexplored countryside of Southern Sri Lanka, is that the journey now takes you through places one heard of but never ventured to visit (unless there was a specific reason for it) obviously because there was no special interest in those almost concealed areas for travellers. Previously it was the Galle Road that took you to Galle through all those familiar towns and landmarks and the housing and urban development that sprung up over the years on both sides of Galle Road. In far off days one only heard of fascinating names of Rubber and Tea estates like Clyde, Culloden, Deviturai, Vogan, Citrus, et al and did not see what the places looked like as they were all tucked away from the beaten track and almost secluded behind a green curtain. With the building of the expressway the curtain has been drawn open and one gets at least a fleeting glimpse of those areas which generations of Sri Lankans have only heard of but never had an opportunity to see. Many of the estates were either mainly of rubber, or tea and rubber, or of low grown tea.

The plantation era of Ceylon began with the British opening up thousands of acres of fertile land for planting with coffee in the early 19th century. Most coffee plantations were in the hill country area where soil was fertile and the land overgrown with thick forest teeming with wild life. There were hardly any habitations or local villages. It was just a matter of clearing the forest and planting coffee, no simple task, but carried out efficiently given the limitations of that era. Almost the entirety of the pioneering plantation enterprise was undertaken by British interests in the country with the indispensable help of South Indian labour, since domiciled in the country to form a new community – an additional segment to its ethnic composition. With blister blight devastating coffee plantations a few decades later, British estate owners replanted former coffee plantations with tea. Much of what was called “up country” was planted with tea, while mid country including the Kelani Valley, Kalutara and Sabaragamuwa Districts were some decades later planted in rubber. There was not much British interest in developing the fertile regions of south western Sri Lanka in previous years, possibly because those areas were fairly well populated in long established villages and incursions may have had to break though old systems of land tenure etc. incurring additional costs for land acquisition. This situation did not take long to change, mainly due to a combination of British and indigenous planting enterprise driven by emerging capital formation mainly during the late nineteenth century, and thereafter. The notorious Paddy Tax and the Waste Lands Ordinance also contributed to the widescale sequestration of land traditionally owned by the peasantry.

The tea growing industry in the hill country of Ceylon was almost exclusively dominated by British interests in the period up to independence in 1948. There were rare exceptions the most prominent being the acquisition of Hatton Estate by CEA Dias in 1919 and the pioneering work of Charles Henry de Soysa in Hanguranketa in the mid-19th century. In the early 19th Century, before the advent of coffee, Governor Barnes showing an abiding interest in sugar cane cultivation encouraged sugar cane planters from Mauritius to settle in Ceylon. The Governor himself purchased a large holding in Gannoruwa where Samuel Northway and James Laing among others were to try their hand in growing sugar cane in a climate which proved to be quite unsuitable for the crop.

Those intrepid pioneers and others like the Anglo Belgian, Vander Poorten and the Winters, Bowmans, Hawkes, Gotteliers tried their hand at sugar production, with varying degrees of success. All eventually scattered around different parts of the island seeking to extract the best from the soil through other commercial crops. AW Winter moved to Gintota and set up a sugar mill which perhaps was the only successful sugar milling venture. The Mill House at Gintota was later occupied by the Anthonisz family and was featured in Barbara Sansoni’s book “Vihares and Verandahs” but a later owner had demolished the building apparently seeing value in the large amount of quality timber used in its construction! The difficulties faced by the pioneer sugar cane culturists can be imagined when considering the life of Robert L Craig who died on 3 March 1846 aged 63 years and laid to rest at the Dutch Cemetery in Galle. AM Ferguson writing in the Ceylon Literary Register wrote: “Mr. Robert Craig lost his money, and I may add his life, from embarking on sugar culture. He worked up a coffee estate in the Kadugannawa District in the early days of 10 cwt an acre until he was able to sell out for £12,000. To him and to his family this was considerable wealth, but he was unfortunately induced to spend the price received for his coffee estate in opening a sugar plantation near Matara. The enterprise was a failure, poor Craig had lost his all, and he died like so many others from heart disease, the result doubtless of anxiety and depression”. Local entrepreneurs in the South, having seen the failure of sugar cane culture as a plantation crop, turned mainly to rubber which required less labour input and where agro climatic conditions were more suitable for the crop.

With the advent of the Buddhist revival movement in the late 19th century wealthy entrepreneurs who had accumulated capital from arrack renting were looking for new areas for investment. Prominent among them were the Amarasuriya family from Unawatuna, the Perera Abeywardenes’ from Galle, Rajapakses’ of Deniyaya, Abeysunderas’ from Galle, the De Fonsekas’, Dias’ and Salgados’ from Panadura.

They together with some of the old British plantation companies became pioneers in low grown tea cultivation. Growing tea at low altitudes no doubt required greater capital outlay for land acquisition (in contrast coffee planters bought crown land at 5 s per acre), establishing a plantation, and also for continued maintenance. 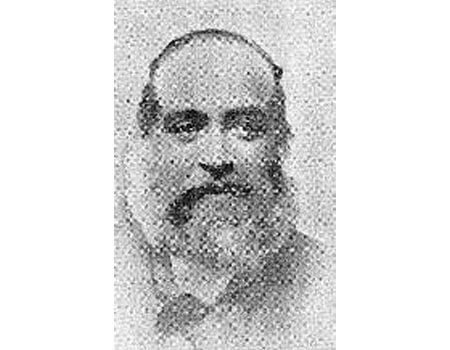 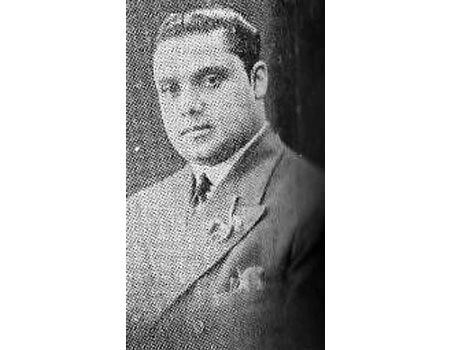 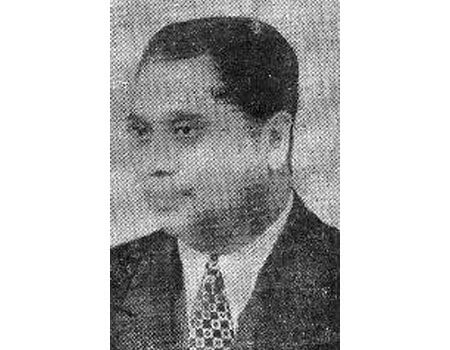 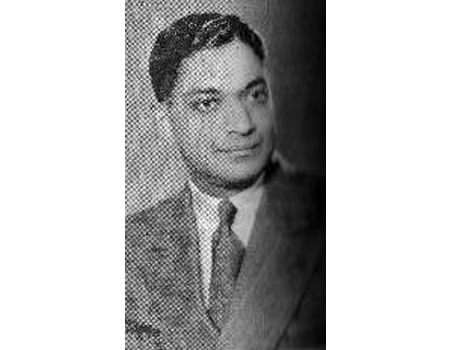 The more prominent estates in the South that produced tea by the end of the 19th century were Deviturai, Fred’s Ruhe, Monrovia, Citrus, Olympus, Talgaswela, Walahanduwa and Enselwatte. All excepting Deviturai and Talgaswela were owned by local entrepreneurs. Deviturai opened by Samuel Northway in the 1840s with 50 acres of cleared land expanded to 700 acres by the end of the 19th century and further expanded to over 2300 acres by the early 20th Century. It was a tea cum rubber estate with its tea component amounting to about 700 acres. It could be safely assumed that the expansion of Deviturai under 3 generations of the Northways was the result of “aggressive acquisition” from peasant small holders. The Northways did not own the estate, but managed it on behalf of the proprietary company. The wheel turned its full circle one hundred and fifty years later when under Land Reform introduced in the mid-70s, much of Deviturai was broken up for village expansion. Fred’s Ruhe estate owned by the Abeysundere family had over 250 acres under tea. Monrovia, Citrus, Olympus and Diyadawa were all initially acquired by Thomas Amarasuriya who at the time of acquisition in the late 19th century comprised of 800, 750, 240, and 200 acres respectively of which the tea component was 258, 300, 118 and 100 acres respectively. Thomas Amarasuriya’s extensive plantation holdings were inherited by his only son Henry who further expanded the estate portfolio. Henry (Senior)’s sons Henry Woodward, Thomas, Buddhadasa, and Francis inherited Henry (Snr)’s estates which by the middle of the twentieth century had the following acreages. Monrovia 1156 of which 203 were in tea, Citrus 2419 acres of which 1862 were in tea, Olympus 843 acres of which 401 were under tea and Diyadawa 600 acres all under tea.

Other notable tea estates in the south all owned by local entrepreneurs were Walahanduwa, and Enselwatte in Deniyaya. Walahanduwa planted by Simon Perera Abeywardene the laird of Closenberg consisted of 1312 acres of which 478 acres were under tea. Enselwatte estate owned by the Panadura Tea and Rubber Co (of the Salgado and De Fonseka families) comprised of 5500 acres of which 1200 acres were under tea. Tea estates were stable investments and a solid base for further capital formation. While pioneering families made judicious investments combined with hard work and self-deprivation at times, it was often the case that succeeding generations did not build on the base built by their forbears. Henry Woodward Amarasuriya was an exception. He not only conserved his inheritance, but expanded his holdings considerably extending his tea estate interests to Dickoya where he acquired Castlereagh, Carfax, Blair Athol, Newton and Penrhos and Holmwood and Sutton in Dimbula among other estates. The Ranaweera family which started off in Yatiyana by Donald Ranaweera’s grandfather popularly known as “Yatiyana Ralahamay” bought into Panilkanda Estate in Deniyaya and later moved to acquiring Fetteresso and Attabagie Group in Dickoya and Gampola respectively among other plantations.

Capital concentration in the hands of a few however had its social consequences and the emerging disparities in wealth resulted in the Land Reform initiatives of the mid 1970s which placed a ceiling on the size of holdings. Many of the descendants of those pioneer tea planters are today in reduced circumstances although some have sought other areas of enterprise where they have achieved mightily. If we look at the period of about 100 years between the late nineteenth and late twentieth century it will reveal an era in which indigenous enterprise intervened actively to make a substantial contribution towards plantation development in an economy dominated by agricultural produce. It served to form a strong bulwark of nascent indigenous capital accumulation.