The Gardener of Eden 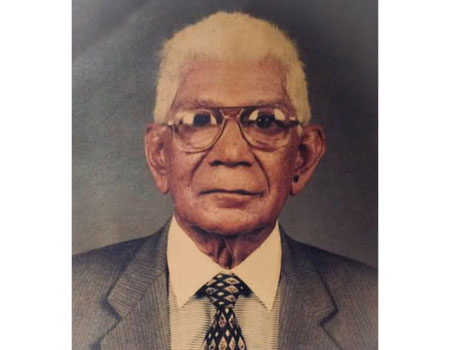 This is the story of the life and work of Lambert Wilson Perera, written by his youngest son Brian and lovingly remembered by his five children.

I thought we will be doing him and our beloved Island a disservice if we didn’t document the various accomplishments of this powerful man. He was a ground-breaking man on so many levels. His strong personality was well-known in the plantation industry. His love of nature was one to behold. His valuable education in the School of Agriculture resulted in him creating an eelworm resistant clone of tea called DT1.

His knowledge of growing anything, from roses to tea to anything that contained a seed, was mostly known to his closest friends and family. His fascination with roses has taught us, his children, the art of bud grafting. His love of fine wine has cultivated in us an appreciation of the manufacturing process of wines and sherry.

Lambert Perera was also a genuinely empathetic man. He felt he had to help anyone who needed a job, money or food. But one of the most important things he would be remembered for was his tenure as the Superintendent of Galamuduna Estate, where he started a savings accounts program for the labour force, so they could save for a rainy day.

To the reader, we hope we give you an insight into the life of a rare gentleman who lived in rare times. Being one of the first Sri Lankan planters to be hired by the British, and to work shoulder to shoulder with the best of them, is a gift that our father gave to each of us. We were educated in the best schools in the Island. This book is also written in appreciation and pride of what our parents passed on to us, his children.

Click here to open the article in PDF format