Mr. J D S Wickremesooriya, my Grand Father, was one of the pioneer Transport Agents in the Dimbula District. He had branches at Kotagala, Nawalapitiya and Talawakelle. 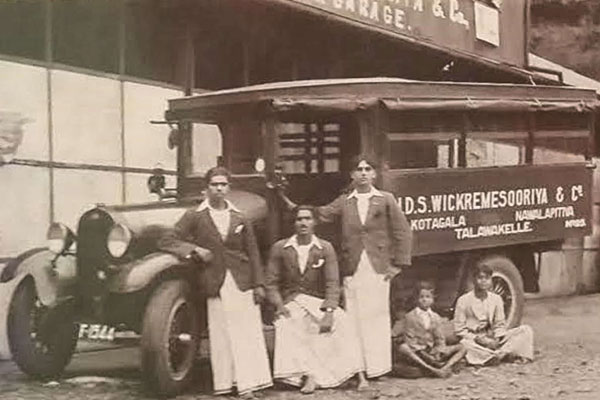 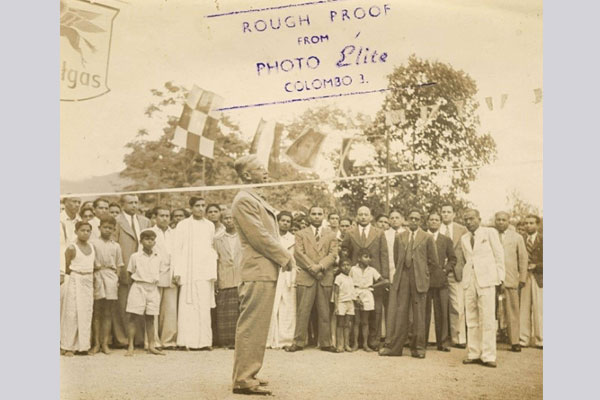 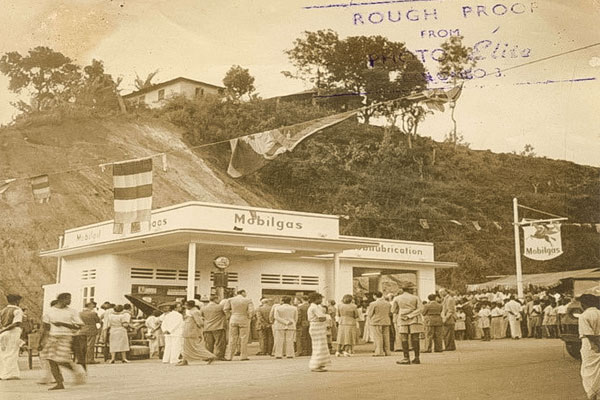 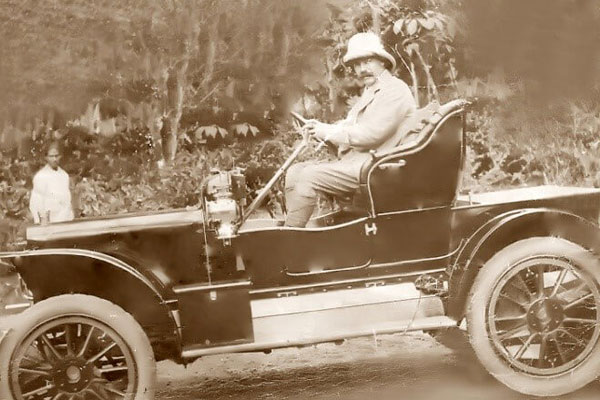 My father Lionel and his elder brother Francis look over the business in the late 1930s, with my father Lionel, taking charge of Talawakelle and Kotagala branches, whilst the Nawalapitiya branch was handled by uncle Francis.

He, my father also undertook the supplying of cash to the estate for the monthly labour wages.

My father had a buildings department, fuel shed under the banner “Mobilgas”. He also had a department in his office for the Madyama Lanka Bus Company, of which my father and uncle were the main shareholders. This company alone was given the license to operate in the Nuwara Eliya, Talawakelle, Agarapatana, Hatton, Maskeliya, Nawalapitiya and Gampola and hence the name Madyama Lanka.

Talawakelle bazaar was subsequently sold to my father and half of it was given to Mr.Chandradasa Hemachandra, who was the Proprietor of Messrs. M Y Hemachandra & Co, inherited from his father, Mr.M Y Hemachandra.

My father Lionel was also appointed an honorary member of the three Planters Clubs in the district viz; DACC, Talawakelle Tennis Club and Agras Club for his services to the Planting community, particularly during World War II.

He also undertook the supplying of cash to the estate for the monthly labour wages, carrying cash, initially from the Colombo Banks and thereafter from Kandy and subsequently from Hatton when Banks were opened.

My father was appointed a Justice of the Peace in or around 1946. There were just a few of them at the time.

The Buddhist temple just close to this Petrol shed, I understand was built by my grandfather J D S Wickremesooriya. He also built the temple at Porambe, Ambalangoda, where he lived in the Porambe Wickremesooriya Walauww, which is now in shambles.

Merely for your information, my father’s younger brother was Gerald Wickremesooriya, who was a pioneer in the record business and the founder of the “Sooriya” label. His son Udena and his grandson Sanchitha have recently started the “Sooriya Village” in Skelton Gardens, Colombo 05.

My wife’s great grandfather Henry Watt planted Ederapola Estate in Bulathkohupitiya on which estate, I believe he was there from 1904 to 1922. His daughter married Walter Jinadasa who I believe planted Manangala Estate also at Bulathkohupitiya.