DON EDWIN BALASOORIYA - THE VISIONARY PLANTER WITH AN INDOMITABLE SPIRIT

My brother Sene and I became professional plantation managers – commonly known as simply: ‘Tea Planters’ – a career certainly not for the chicken-hearted – it was tough and above all warranted much fore-planning and meticulous implementation with an eye for detail. To get a giant work-force of 2500 to 3500 to – leave alone to listen to you – to get them to do what you wanted them to do was not child’s play. But we did it! We are indeed proud of our record of doubling yields, setting up vast tracts of ‘New Plantings’ successfully in midst of highly politicized Trade Unions, for example…

But what or who gave us that thought of ever becoming Tea Planters? It was our maternal Grandfather – the great Don Edwin Balasooriya – a planter of the true sense of the word. He made his mark as a Planter in the well known Sabaragamuwa’s Mid Country estate town of Balangoda in the mid to late 1920s and the early 1930s.

Our mum used to relate the numerous estate stories. And this may have rubbed off on us during our formative days and perhaps made us look at ‘planting’ in a positive light…

Don Edwin Balasooriya after his stint as an SD at Wikiliya Estate under the White British Planters decided to purchase this estate for himself, also at Balangoda and called it Bethel Hill Estate, the Christian sounding name being given because he was an absolutely devout and practicing Christian – apart from being a proprietary planter, who also had the rare distinction of setting up his tea factory, virtually with his bare hands because by then the British did not totally like the idea of a ‘local’ getting into the estate arena!

Like our grandfather my brother and I also planted for many years at Balangoda – Sene [SK] from 1970 to 1975 when he served as Manager Balangoda Group and later on I became Manager of Pettiagala Group from 1979 to 1984 – so both of us served for five years each at our Grandfather’s planting domain of Balangoda, albeit at different times.

Whilst serving as Manager Pettiagala Group I was befriended by the [now late] M L M Aboosally the then UNP MP for Balangoda – he was one of those rare, decent politicians where one could interact freely and not necessarily be drawn into talking ‘politics’. And soon we were in and out of our respective bungalows. He was a great conversationalist.

Before long I got to know that Mr. Aboosally’s mother was still alive although she was in her late nineties – yet her much of her faculties were still intact. As the Aboosally’s also resided on the Kaltotte Road, I casually asked them whether the ‘old lady’ had heard of an old local planter by the name of Edwin Balasooriya. ‘Of course’ was the prompt reply. “How did you know of Edwin Balasooriya”? The Aboosally mother/son duo asked me And when I replied that he was my Grandfather – the reaction was memorable, to say the least – he was obviously loved and respected by all during that era – that made me proud! 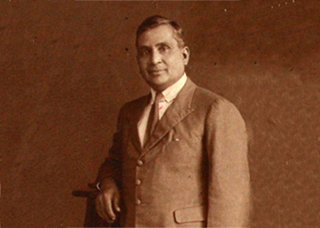 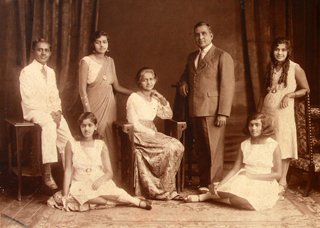 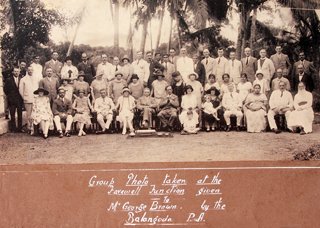 Footnote: The priceless photo of gathering of mostly English Planters and their wives at a farewell to planter George Brown by the then Balangoda PA shows Don Edwin Balasooriya – the only local planter accorded a front seat [second from left]

The following was how the conversation progressed some time in 1979 in the Aboosally’s bungalow at Kaltotte Road, Balangoda

Dyan: Mrs. Aboosally how did you know Edwin Balasooriya?

Mrs. Abs: Around fifty years ago – in the late 1920s there were only a handful of estate owners – there were the Ratwattes [madam Sirima’s family] the Aboosallys – my father who owned Lankabarana Estate and your grandfather who had Bethel Hill Estate – also on this Kaltotte Road. He was quite a character – spoke and wrote English beautifully.

Dyan: What do you remember about Mr. Don Edwin Balasooriya and his family?

Mrs. Abs: He had a large family – mostly all were girls – we only saw them during their school holidays. I remember Clarice – she was very bright, intelligent and bossy!

Dyan: Anything you could recall about Mr. Edwin Balasooriya as a planter?

Mrs. Abs: I recall my father saying one day that the White Planters were not too pleased with his decision of constructing a tea factory – saying that there were too many factories besides Wikiliya but Edwin Balasooriya was relentless and went on to construct his own tea factory with hardly any ‘outside help’. Of course, the local planters were very united then and gave him the fullest support to set up his own factory at his Bethel Hill.

Whilst as Manager Pettiagala Estate [from 1979 to 1984] I have personally visited the old factory site of grandpa – some remnants of the old brick-walled Bethel Hill factory was still to be seen then. Of course much of the tea bushes had gone – mainly due to high incidents of gem mining – apparently, much of the earlier Bethel Hill area was teeming with gems! And this area is sold by the perch now – for essentially gem prospecting!!

I was overjoyed that I was privy to some firsthand stories about our great, pioneering maternal grandfather Mr. Don Edwin Balasooriya.

The Ferguson's Directories between 1911 and 1924 records the fact that Edwin Balasooriya owned Bethel Hill Estate, a.k.a Boscombe Estate in Kaltotte, Balangoda.

Later on I was informed that Don Edwin Balasooriya decided to [tragically in hindsight] sell off his beloved Bethel Hill Estate as he wanted to migrate to Colombo – apparently his numerous daughters had a better chance of being ‘married off’ in Colombo rather than the provincial Balangoda!

And so somewhere in the mid 1930s our great planter grandfather sold Bethel Hill Estate to one Mr. Henman who had in turn later sold it to one Mr. Muthiahpillai who renamed it from the very Christian sounding ‘Bethel Hill’ to Boscombe Estate – as it is still today!

Oh if only grandpa decided to stick on to his planting business – but he loved his family and his God more. And so he moved on……