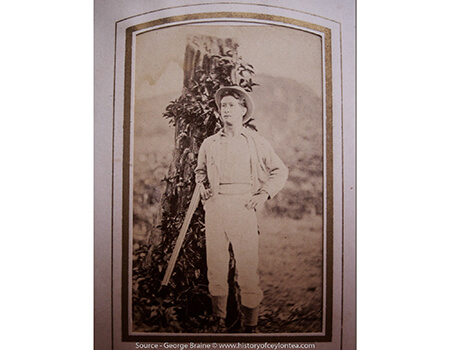 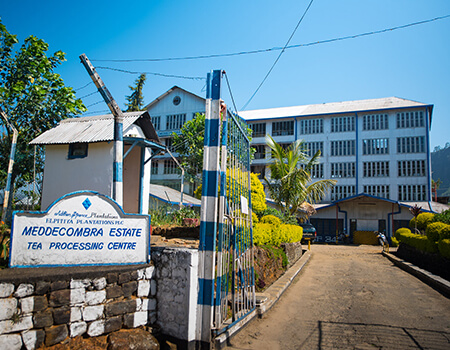 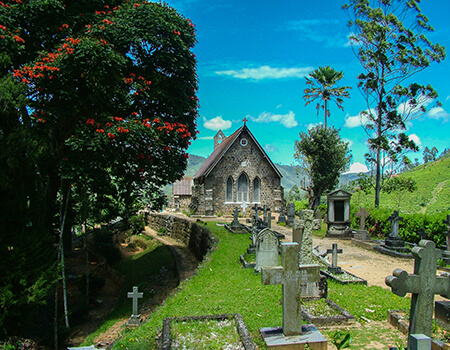 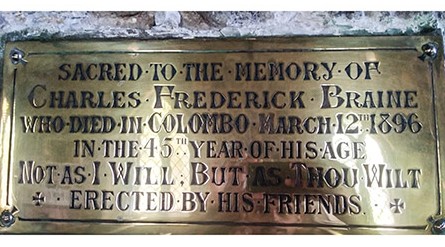 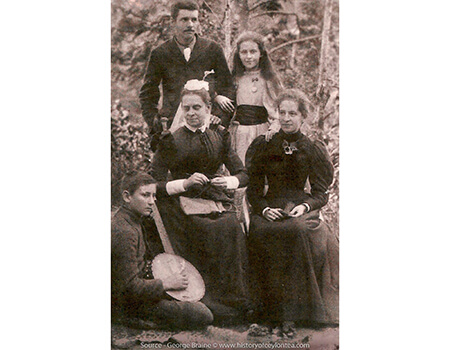 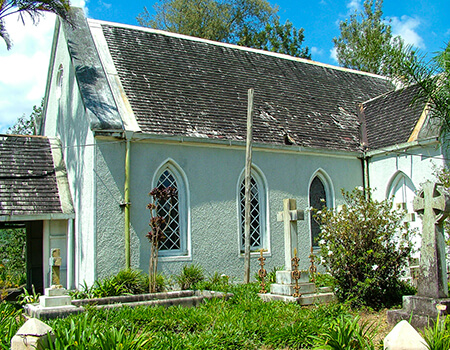 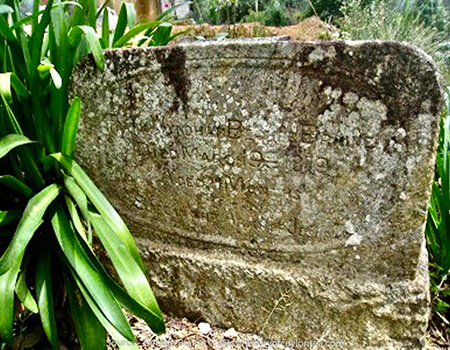 I have previously written about my great, great grandfather Charles Joseph Braine (1814-1890), who became a coffee and tea planter in Ceylon. Charles Frederick was the fourth child Charles Joseph. He was born in Norton Fitzwarren, a village in Somerset, UK, where his parents briefly resided upon their return from Hong Kong.

Charles Frederick first came to Ceylon in 1869, at the age of 19, to work for Ceylon Company Ltd., where his father Charles Joseph was the manager. He returned to the UK to marry Adeline Mary Becher on 9 April 1874 at Kensington, London. Their first child, Charles Stanley (my grandfather) was born the same year, on 25 December, in Ceylon.

I wonder if Ceylon Company Ltd., where both Charles Joseph and Charles Frederick worked, was the predecessor of Ceylon Tea Plantations Co., which came to own extensive rubber and coconut plantations as well.

Charles Joseph left Ceylon around 1880, having become the first owner of Abbotsleigh Estate by then. But, although he, too, was a planter, Charles Frederick may not have worked at Abbotsleigh.

An article in The Times of Ceylon, dated 12 March 1896, the day he died, sequences Braine’s career and gives an indication of his family life. Braine “learnt planting” (“creeping”, in planting jargon) at Meddecombra Estate, Watagoda, in the Nuwara Eliya area, owned by Ceylon Company Ltd., and later worked at Pussellawa and Badulla on company estates.

In 1880, when he was only 30, Braine moved to Dickoya, as manager of Manickwatte Estate, which amalgamated with Warleigh Estate to become the well-known Wanarajah Estate. I have driven through this vast plantation, which I believe now consists of ten estates. Ceylon’s best teas, and perhaps the world’s as well, are grown in this area.

Braine served for 12 years at Dickoya. He was injured and Mrs. Braine suffered a broken thigh in a carriage accident which may have occurred during this period.

From 1885 to 1892, Braine is listed as the owner of Beecherton Estate, in Kalutara, which was planted with 138 acres of tea. What made Braine, working in upcountry estates, buy a property on the south-western coast is puzzling.

For some reason, perhaps the opportunity to become a pioneer, Braine joined a new employer - Finlay, Mur, and Co. - and moved to Kurunegala, in the North Western Province, to open Delwita Estate. “Open” perhaps means clearing the forest to plant rubber or coconut. (I believe Delwita Estate was in the Ridigama area.) The move, from lush and salubrious Dickoya to hot and humid Kurunegala, did not bode well for Braine, because he was thrown from his horse and suffered a fractured skull, and also came down with malaria. After being treated at a local hospital (perhaps in Kurunegala), Braine was moved to the Cargill’s Ward at Colombo hospital. He was treated by Dr. T.F. Garvin, and Mrs. Braine also attended to him “assiduously”. But, after a long illness, he passed away, aged only 45.

His funeral was at Colombo’s General Cemetery on the following day. Sixteen Europeans, all male, are listed as attending the funeral. Charles Stanley Braine, the eldest son (my grandfather), was the only family member there. Perhaps female attendees and children were not identified in the newspaper report. I have not been able to find Braine’s grave.

The lovely Christ Church at Warleigh is where Braine attended service when he worked in the Dickoya area. This YouTube version of the church and Wanarajah Estate is worth a look:

The inside of the church bears a brass plaque in Braine’s memory, “erected by his friends”.

At Braine’s death, his elder son Charles Stanley was 22 years old (and already a planter) but daughter Eudora was only 19 and son William and daughter Muriel were much younger.

Mrs. Braine then moved to Nuwara Eliya with her three younger children. Nuwara Eliya, at an elevation of more than 5000 ft., has a climate similar to that of England, and was a favorite sanctuary of English planters and civil servants. Filled with churches, public buildings, clubs and private homes in the Victorian style, Nuwara Eliya also had a golf course, a racecourse, polo grounds, a cricket field, a brewery, and botanical gardens. Surrounded by rolling hills, forest, and rushing streams, Nuwara Eliya was aptly nicknamed “Little England”.

Mrs. Braine became a “well-known resident” of the town, and was an active member of the United Club. I assume the younger children must have attended school there.

A photo shows Mrs. Braine and her children at Nuwara Eliya. The older son, Charles Stanley (my grandfather), was already a planter in the North Western Province, and would have been visiting. In the photo, Muriel, his youngest sister, has her arm circling his. Sister Eudora, perhaps in her early twenties, is seated alongside Mrs. Braine. Younger brother William is seated on the ground, on a leopard skin, holding a banjo. This could have been a Christmas gathering. The leopard may have been shot by Mr. Braine, who appears with a double-barreled shotgun in his only photo and may have liked to hunt. Leopards were a threat to estate workers.

Mrs. Braine returned to England in August 1909 with Muriel, perhaps because she was ill. She passed away soon after, on 9 November, at Albert Hospital, London. She was 60. Daughter Eudora was married by then, a Mrs. Combe, and younger son William was a planter, too.

Some years ago, my sister, BIL, and I drove to the Dickoya area, visiting churches looking for evidence of Charles Fredrick’s life there. At the quaint St. Mary’s church at Bogawantalawa, we found the grave of his infant son. The child's full name was Frank Wyndham Becher Braine (his mother's maiden name was Becher) and he had died on March 9, 1879, at the age of 11 months. His birth or death has not been recorded on any document that I have seen. We may have been the first Braine’s to visit his grave in more than a hundred years. It was a solemn moment for me.

Charles Frederick’s grandfather had 11 children. His father, 10. If not for his untimely death, he may have had more than five.