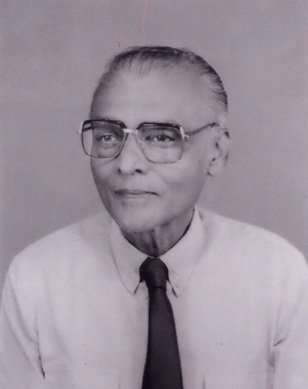 Eulogy by Ken Balendra at a requiem mass held in memory of Sepala Ilangakoon on 4th July 2009 Reverend Fathers, Sunethra, the immediate and extended families of the late Mr Sepala Ilangakoon and their friends,
Thank you, Sunethra, Yevi and Rio for asking me to speak a few words at this Requiem Mass. I am indeed honoured.

Carl to some, Sepala to others, Sepa to many and always, “Sir” to me, a legendary tea and rubber industry stalwart passed away at the age of 86, in the early hours of Friday, 26th June, whilst resting in his favourite armchair, at his Colombo residence. In compliance with his instructions to his family and the Undertakers too, he was cremated at a very private funeral. The detailed, clear and no-nonsense instructions, including his own obituary notice, were typical of the perfectionist he always was. I wish I could read out three pages from one of his books under the caption “When I die” but that will be too time-consuming, though I must say that I do not envy his family having to comply with his numerous instructions at such short notice.

With your permission, I will refer to the great man as “Sepala,” lest you get bored with too many references to “Mr Ilangakoon.” In one of his books, he says “My firm belief in Jesus Christ makes me unafraid of death. All my responsibilities to everyone have been fulfilled. I have lived a full life. I am ready to die” – very crisp and to the point.

Sepala was charming, a gentleman to his fingertips, caring, humble and unassuming, a born leader and a distinguished personality. When Sepala entered any gathering, people noticed him. Erect, meticulously well groomed, with that slight bounce in his stride and always smiling. Right to the end, he had a very firm fist and it was difficult to match his impeccable English, both spoken and written, as well as his in-depth knowledge of agriculture.

Sepala actively supported his old school, St. Thomas’ College, where he was the Head Prefect in the early ‘40s and was awarded the much coveted Victoria Gold Medal for the best all-round student. I was surprised to note from his profile that he was also actively involved with Bishop’s College till I was told that several generations of Sunethra’s family hailed from Bishops.

Sepala was, indeed, the best ever tea-cum-rubber planter this country has seen. He was among the earliest Ceylonese planters to join the exclusive Club of planters in the colonial era. I was told by old-timers that right from his very early days he had an abundance of self-confidence. The story goes that he was at the bottom of a steep hill, supervising the manuring of the tea in that area when his boss got off his car on the road above and called out to Sepala to come up and see him. Sepala wearing his hat and smoking a pipe is said to have called back, “It is easier for you to come down and go up than for me to come up, come down and then finally go up again.” Apparently, the boss took this near insubordination in his stride and went down the hill to talk with Sepala.

He effortlessly stood out in the two industries that he was involved in. His post-planting career as Chairman and Managing Director of Mackwoods Estates, Chairman of the Planters’ Association of Ceylon, Chairman of the Tea Board and as Secretary-General of the Planter’s Society were exceptional spells in these entities where persons who worked with him still talk of him with great admiration. I see a number of them in this congregation.

It was during his term as Chairman of the Tea Board that, along with the then Minister in charge, the late Hon Gamini Dissanayake, he worked round the clock on the clusterisation of estates, which was the forerunner to the privatisation of the management of estates. In recognition of his services to the plantation industry, he was awarded the title “Desabandu.”

I had the unique opportunity of working under Sepala for some six years at Hapugastenna Group, Ratnapura, in the early days of my working career, and I have kept in touch with him ever since. If I have achieved any little success in my career, a large part of it is thanks to the training imparted by Sepala. He is my superhero.

Sepala was a stickler for punctuality which is another excellent trait I learnt from him.

Sepala and Sunethra both come from highly respected, distinguished and aristocratic families, but there was never even a touch of arrogance in either of them. Just as an example, one of the earlier chapters of the first book he authored is in praise of Kandasamy K.P. who was his first Field Supervisor when he commenced planting in 1948.

Sepala was very courageous and was never afraid of anyone. Agency House executives who wrote stinkers to Superintendents at the drop of a hat, were very reluctant to write to Sepala because more often than not, they would get cornered and found it extremely difficult to extricate themselves. Once, however, the Visiting Agent had made an adverse comment on a particular rubber field and the Agency House executives thought this was an ideal opportunity for them to get their own back on Sepala. A letter calling for a detailed explanation was despatched. Sepala’s response was calm, short and precise: “Please note that when we drove past this particular field the Visiting Agent was fast asleep. My Assistant, Balendra, who was in the vehicle, will vouch for it.” That was the end of the story as far as that V.A’s report was concerned.

Sepala was indeed fortunate to have lived to a full and rewarding age of 86, and with a very clear mind right to the end. I am told that two weeks prior to his demise, he had stubbornly (one of his characteristics) insisted on driving himself to church, despite his driver being available and sitting at the back of the vehicle.

Sunethra was the lady always beside the great man, and prodding him along for more than half a century. Marriages are described as ‘The high seas for which no compass has yet been invented.’ Sepala and Sunethra certainly managed to invent their own special compass to guide them along and to create and enjoy a very successful union. Sunethra was perhaps the only person who could stand up to Sepala and I am sure she did so fairly often. Sunethra is not only charming but also a person to be admired in her own right. Please let me be clear - there is no Sepala without Sunethra.

Along with Sunethra he witnessed the success of their two wonderful children, Yevendra and Riyanjani, their marriages to two extremely accomplished persons in Ymara and Dhamitha, (the current Chairman of the Planters’ Association). They, in turn, have brought into this world five very talented grandchildren who are now all adults and professionals. Sepala was, and Sunethra is, extremely proud of the achievements of their descendants, and justifiably so. I believe it is only a question of time before we will be able to congratulate Sunethra on becoming a great-grandparent and we will all miss Sepala on that happy occasion.

In retirement, Sepala became a prolific writer and his four books give a detailed insight into the great man and his capabilities.

Let me conclude by saying that with his unshakeable faith, Sepala must surely have gone back Home to his Maker. Farewell Sir, and May you Rest in Peace.