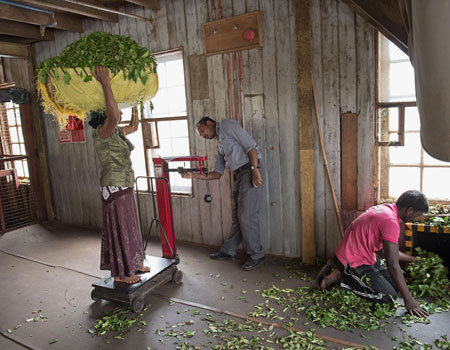 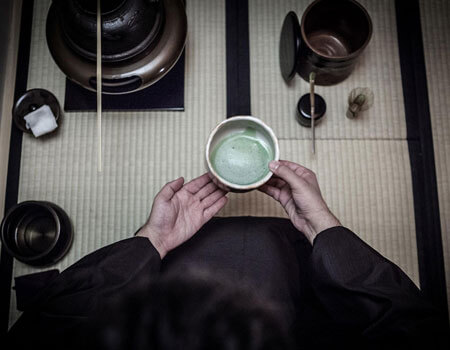 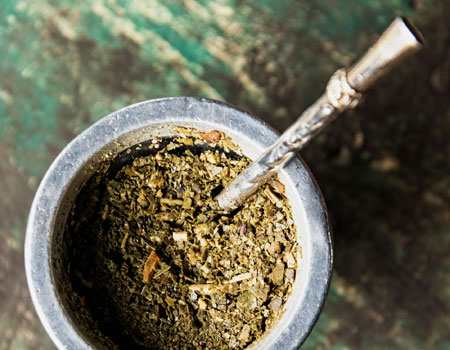 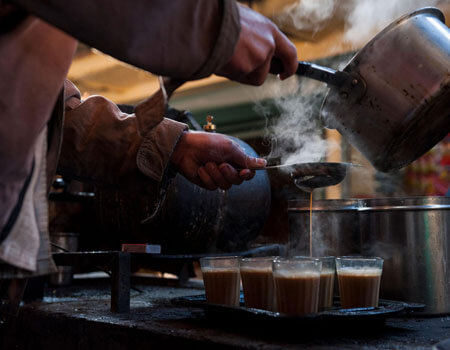 Discover the history and culture behind each cup.

THE WORLD’S MOST consumed drink after water is tea. And there’s a reason for it. In many parts of the world, the beverage goes far beyond providing a dose of caffeine. Tea can serve as a gesture of friendship or a mark of hospitality. It can provide a feeling of warmth, then a calm state of mind.

Here are six unique tea destinations sure to wake up your taste buds while deepening your understanding of the history and culture behind each cup.

The world is head over heels for matcha-flavored everything these days, but its use in Japanese tea ceremonies dates back centuries. Matcha is made by grinding dried green tea leaves into a velvety powder. Unlike green tea, it is mixed into boiling water with a bamboo whisk and consumed unstrained.

A Japanese tea ceremony, also known as the “way of tea,” embodies principles of Zen Buddhism. During the tranquil ritual, a tea master dressed in a kimono prepares and serves the steaming drink using graceful movements.

Where to Go: For a traditional experience of the ceremony, visit Sengan-en in Kagoshima. Once belonging to the Shimadzu clan, the stately home-turned-museum sits against the backdrop of an active volcano. The surrounding 12 acres of gardens embody tranquility with shrines, ponds, and a bamboo grove.

Becoming a tea practitioner takes many years of training at one of the country’s three tea schools. However, guests at Kyoto’s Camellia Tea Ceremony House—located near the popular Kiyomizu-dera temple—can try their hand at hosting a ceremony.

As one of the largest exporters of tea, Sri Lanka offers several scenic experiences. Its Ceylon black tea is commonly used in blended teas such as Earl Grey and many fruit-flavored varieties around the globe. For a small country, the flavors vary greatly by region. Generally, the higher the altitude, the lighter the flavor and color.

Where to Go: For the ultimate luxurious experience, immerse yourself in everything tea—from hikes through luscious tea-covered fields to tea-based spa treatment—at Ceylon Tea Trails. On the tea tours, you can follow the tea-making process from shrub to cup.

The family-owned Uva Halpewatte Tea Factory, located in the hilly tea town of Ella, takes it one step further. On the factory tour, guests have a hands-on experience with the tea at every stage of the process. At the end, you can sip the tea at varying strengths. To get to Ella, take the picturesque seven-hour train ride from Kandy, through mountains overlooking colorful villages. If you have a few days to spare, double your caffeine hit by stopping at the nearby tea town Nuwara Eliya, coined the Little England of Sri Lanka.

Though technically not tea, yerba maté, or just maté (rhymes with latte), is treated like one in many parts of South America including Argentina, Paraguay, Uruguay, and Brazil. The high-caffeine drink is brewed using dried leaves of a medicinal plant steeped in hot water. It is prepared and enjoyed from a hollow gourd with a metal straw that strains leftover leaf particles.

In Argentina, maté is an integral part of the social culture. Locals can be found sharing intricately designed gourds while passing around a football with friends, rendezvousing in a park with a loved one, or in the comfort of their home. Many even carry around thermoses of hot water to continuously refill their gourds throughout the day. As with some black coffee and tea, yerba maté may be an acquired taste for first-timers. However, the bitterness can be diluted with milk, sugar, or lemon juice.

Where to Go: Given its social nature, yerba maté is not commonly served at cafés or restaurants, so your best bet is to find a group of locals willing to share their gourd with you. In fact, that is considered the equivalent of extending a hand of friendship. For a close to authentic taste, try the tea-like beverage at the steakhouses Las Cholas or La Cholita in Buenos Aires.

Every tea lover needs at least one over-the-top afternoon tea experience in the birthplace of the tradition. The practice of devouring tea and petite snacks between meals is believed to have been started by a friend of Queen Victoria. And it is just as much about the scones, finger sandwiches, and other mouthwatering munchies as it is about the tea.

Where to Go: The eccentrically elegant tearoom Sketch in London’s posh Mayfair neighborhood is an Instagrammer’s dreamland. Each of the five rooms has a unique theme. Staircases appear covered in dripping paint. A dining room is lined with salmon-pink, velvet seats. The parlor’s menu includes a selection of almost two dozen teas and an assortment of scones, tarts, and cakes.

Short on time? Enjoy high tea on board the double-decker B Bakery bus tour while learning about Buckingham Palace, Big Ben, and other London landmarks. During the 90-minute narrated ride, guests are served tiers of irresistible treats such as chestnut mushroom quiche and cream and jam tarts on the go. This afternoon tea on wheels can also cater to several diets, including vegan, gluten free, and halal.

Moroccan hospitality is centered around its quintessential mint beverage made from gunpowder-green tea. Per tradition, the sweet tea is served to guests in ornate silver teapots three times in increasing strength. It is poured from at least one foot above the cup to create a layer of foam. Show your appreciation by slurping, not sipping, and save your “thank you” until after the final cup is served.

Where to Go: For a cuppa steeped in a history lesson, visit the Dar Batha Museum in Fez. The royal palace turned art museum showcases an iconic collection of ceramics, carved furniture, and antique instruments. Warm your insides with a cup of tea and confectioneries in the adjacent, serene garden. For an even more tranquil experience, enjoy a mint tea with traditional cookies after a hammam or spa treatment at Les Bains de Marrakech in Marrakech.

Darjeeling and Assamese varieties are highly sought-out by tea lovers worldwide, but there is also another side to India’s tea culture. Often misnomered as a chai tea (chai means tea), a masala chai is the drink near and dear to every local.

A masala chai is prepared using black tea and a mix of spices that may vary subtly by region—cardamom, grated ginger, cinnamon, cloves, fennel seeds, peppercorn—boiled with milk and sugar. The drink is ubiquitous, but the most authentic and flavorful chai is not easy for travelers to find. This is because it is most often served in underwhelming shops tucked away in ramshackle markets.

Where to Go: Ask Jaipur locals to direct you to the Sahu tea stall and they will likely follow you there for their own fix. At the tiny, 50-year-old shop, tall glasses of steaming chai are prepared over burning coal. Farther north in Punjab’s food capital, Amritsar, make your way to the hole-in-the-wall Giani Tea Stall. The unforgettable cardamom-infused creamy concoction is best paired with crispy lentil-stuffed kachoris.