The News Minute , 2018-06-16
A woman tea estate worker was killed on Friday after a leopard attacked her, while she was washing clothes at a residential area in Valparai near Coimbatore. 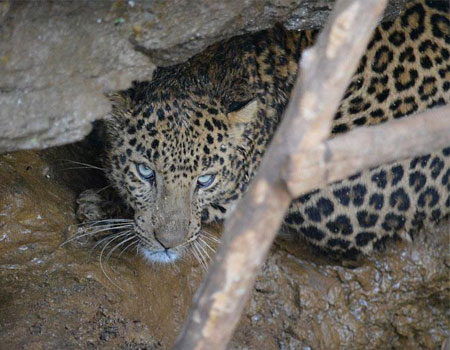 45-year-old Kailasavathi was an estate worker at the Kanjamalai tea estate.

Police officials told the media that Kailasavathi was washing clothes on Friday around 6:30pm when the leopard strayed into the residential colony and attacked her. It grabbed her by the neck and tried to drag her into the tea plantations.

"A leopard suddenly attacked her and attempted to drag her inside the tea plantation. Seeing this, other workers rushed to the spot and chased away the leopard. However, they couldn't save her," a forest official is reported to have told the Times of India.

Following the incident, it is reported that Valparai forest officials took the body of the woman to the local government hospital for postmortem.

This is the second incident this week when a leopard has attacked an estate worker at Valparai.

36-year-old Madavi, a worker at the Cinchona tea estate, was reported to have been attacked by a leopard on Thursday night when she went to fetch drinking water from a public tap at the workers quarters. The woman was rushed to the Valparai Government hospital after she suffered injuries on her face. She survived the attack and is recovering.

Valparai is not new to human-animal conflicts, which have been on the rise in the last few months.

On February this year, a 4-year-old boy was mauled to death by a leopard in Valaprai.

Following the incident, there was widespread agitation against the district administration and the forest department, with the residents blocking roads. The residents were agitated following a series of similar attacks in the past.

After the incident on Friday, the local residents have demanded the forest officials to take steps to trap the animal.

The forest department has strengthened night patrol in the Valparai area and has requested people not to come out of their staff quarters after 6pm.