Will tourism lose another chance? 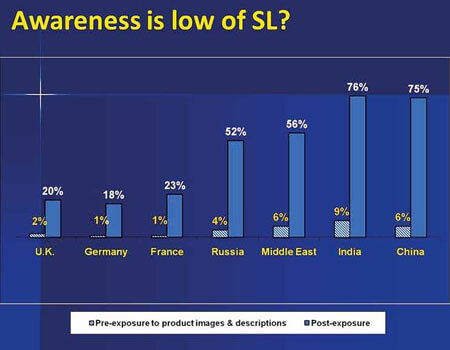 If I may capture since 2015 – Rohantha Athukorala, Paddy Withana, Udaya Nanayakkara, Dehan Seneviratne, Janaka Sugathadasa and now Kishu Gomes to be specific. This performance does not augur well of the policymakers of the country who were elected for Yahapalana and sustainability. The single-minded wish of the industry is to activate the global marketing. The year 2019 is a make or break year as Lonely Planet has ranked Sri Lanka as a ‘must visit destination in 2019’ whilst the industry P&L is severely challenged due to the high construction cost and increasing cost of food and beverage.

An important point to note is that the last formal research done by the policymaking body for tourism has revealed that global awareness to conversion goes up by almost fourfold when the ‘product’ has been explained as per appendix 1.

Hence we see that the year ahead is an important year and hope of the country is to use the expertise of a professional who has come from the private sector and come to serve the country.

Research done by academics has revealed that almost 53 ‘Tourism Plans’ have been done in the last 20 years, which gives an indication of the changing plans every time a government changes. This is not unique to the tourism industry as even in the tea industry almost 71 reports and plans have been done in a similar time period. I guess this is the reason why the World Bank competitive report states that ‘changing policies’ is the key issue that drags on the country’s development agenda.

What they do is the best brains get together and develop a plan and then the policymakers make space for it to be rolled out to the market. The other day when I met the Maldives Tourism Marketing team, what they shared was that many adjustments had to be made to the plans on the run but strictly speaking, the strategy was allowed kick in for a minimum six to eight years so that the results can be analysed before it is once again taken back to the drawing boards. This is where Sri Lanka differs as in the last four years alone there have been six chairmen to drive communication, which is interesting.

What is going wrong with SL?

It’s important that someone does a study and an objective analysis as to why Sri Lanka’s economy is not taking off.

The performance in the last four years needs a deep dive given that Sri Lanka had a lot of expectations when the current Government took office. Let’s accept it, we have a nonmarketable balance sheet even after four years of work. The 85 billion dollar economy has debt of around 75% of the economy; 95% of the earnings are used to pay the loans it has taken. The competitiveness of the country has slipped from the 90s to 113 in the last year even though we had strong perception on 8 January 2015 that Sri Lanka would be a tiger nation in the years to come.

The share of voice of the Central Bank ‘bond scandal’ has reached such proportions that even a child of 10 years is talking about the issue despite not knowing what it means. Globally it has even dented the brand image of the country that is hovering at $ 87 billion at a year-on-year growth of 4%. Countries like Algeria are now beating Sri Lanka on this front. Sadly the policymakers are more focused on internal politics than understanding how to correct the global image. Research reveals that when the global image pick up the profile of the travellers who visit a county increases, the FDI that a country attracts becomes stronger whilst the attractiveness of exports also increases.

Many of us from the private sector who agreed to serve the public sector for two years have moved back to the private sector as we realised we were being called on to legitimise corruption by the politicians in power, which we did not give into.

Many of us in the private sector have decided not to hold office in the public sector as those at the helm of the Government are not interested in retaining talent or correcting the system given the political economy at play. To be honest I empathise with them. But the reality is that if Sri Lanka proceeds in this manner, GDP growth will be at 4% by the end of the year is the view of professional analysts. The question is, is this what we want from a progressive government?

What is going well for SL?

In fairness, there are three things that the current Government must be commended for. The first is the passionate drive to eradicate the drug culture. Almost Rs. 30 billion worth of narcotics have been confiscated in the last year. The second is the independence of the Judiciary which led to the landmark decision that took place last November of the reinstatement of the Prime Minister. The third is the media freedom that exists in the country which is hailed by the global community and righteous in Sri Lanka.

Apparel and tea – example to the world

An important point to note by the tourism industry is that other key categories like apparel and tea, despite all the issues in the country, have been developed and are giving leadership to the world. Let me do a deep dive into this.

The apparel industry began operations in the early ’80s. At that time it was termed mere ‘contract manufacturers’ and some even used to refer to the industry as tailors. But, with some strategic thinking by the industry with strong influencing to the policymakers, has resulted in giving leadership globally by making Sri Lanka the apparel hub of the world for ethically-manufactured clothing. This has given teeth to the industry in competing with price-savvy merchandise coming in from Cambodia, China and Bangladesh. Today this noble industry is targeting $ 7.5 billion dollars plus in export revenue by making Sri Lanka an apparel hub in Asia for R&D and technology sharing for fast fashion which is a case study to the world.

On Ceylon Tea, the tea industry with strong leadership is slowly but surely taking the same route with the recent award of Sri Lanka as the first ozone friendly certified tea producing nation of the world. Starting from the times that the plantation industry was nationalised in the 1970s to when it came under Government control it went on in the 1980s to make a bold decision to make the Colombo Auction control the global demand chain by breaking away from the great London Auction system which has held ground for many years. The Colombo Auction commands the highest values for tea globally and is fact the best auction system in the world.

In 1990 the supply chain was privatised to management companies which gave the opportunity for new thinking to be introduced to the industry with strong R&D power and capital infusion that resulted in Sri Lanka demonstrating the best performing country globally for value addition tea at a commanding 43% which again was a strong move by the industry.

Today, we see that Ceylon Tea has taken the high ground with some focused decisions on conforming to global standards on MRL levels and has gone further by developing a new standard for tea that has resulted in Ceylon Tea being the first certified ozone friendly tea globally that no other tea producer has received.

This is the kind of leadership and pressure that the private sector needs to exert on the policymakers, on which the tourism industry sadly has lost out.

In the recent past we see numbers being flashed. From three to four million arrivals to be attracted to the country. What many forget is that there is a concept called carrying capacity. In fact globally the World Tourism Council is focusing on this area of ‘over-tourism’ in 2019.

We also see the challenges on the food industry as at now in Sri Lanka with the spiralling costs. Inflation has picked up by 15-20% in the last couple of years whilst as against last year it is at as high as 7% which indicates the pressure on the supply chain. A fact that many have forgotten is that as against 2009 Sri Lanka has around 1.5 million extra mouths to feed (in 2009 we had just 0.5 million visitors to Sri Lanka whilst today we have exceeded two million). This sure adds to the demand-supply challenge.

In relation to tourism a classic case in point is the sewerage system in the Bentota area. If we take the new properties that have come into the system in the last three years and the planned properties to be launched, there is a severe challenge on the infrastructure.

In this background if we go on to target five million tourists, one can just imagine the pressure on the carrying capacity on Sri Lanka. As we speak there are around 25,000 hotel rooms that have been approved for construction which are essentially in the three-star and below category, which indicates the pressure it will create on the food chain.

A point to note is that with the type of tourists we will attract given this background and the recent insight that almost 60% of current visitors are attracted by the informal sector direct, the basket of goods of an average Sri Lankan will be further challenged. This will ultimately result in a political fallout between the people of Sri Lanka and the Government.

There has been many a debate on whether Sri Lanka is going to drive for increasing the number of rooms or attracting a higher end visitor to the country so that we can work around the issues highlighted on the concept of carrying capacity. A point to note is that if we analyse the tourism sector results of the leading tourism companies, the results demonstrate the challenge. Overall top line growth is between 10-15%, but the escalating costs on food and beverage is above 20%, which takes the property to the red on the bottom line.

Hence the question is whether Sri Lanka should invest on new properties attracting customers with a higher ARR. A point to note is that when the gestation time is between three to five years and at an Internal Rate of Return of around 12-15% with a payback period that can range from eight to 10 years, such investments can be challenging decisions. The logic is that the market is throwing out many other growth opportunities that are much more attractive – especially if one’s company is a large conglomerate operating in a diverse product portfolio.

I guess the time has come for policymakers to make some serious hard decisions which can impact the future of Sri Lanka not just from a tourism front but for the general public.

Given that 2019 is a year of elections it will be interesting to see how the tourism master plan be implemented and how it can use the learnings from the apparel and tea industries that are today giving leadership to the world.