Why is First Flush Darjeeling considered the champagne of teas? 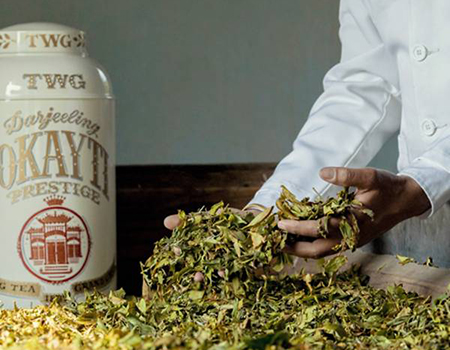 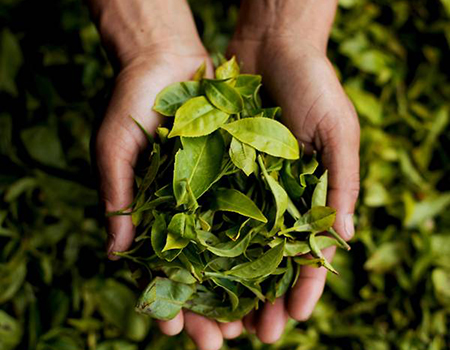 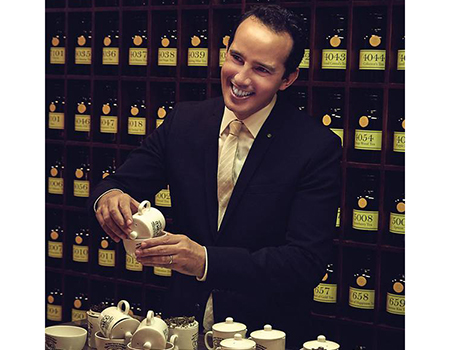 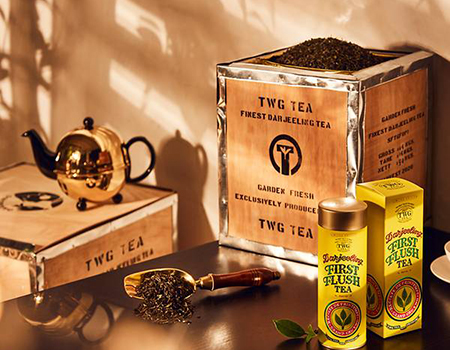 The prized tea grown in the foothills of the Himalayas is geographically protected and farmed organically, which means production is limited and subject to the vagaries of nature.

A cup of smooth Darjeeling tea, grown in the foothills of the Himalayas, is one of the pinnacles of the tea-drinking experience for tea connoisseurs. Even better, make that a First Flush Darjeeling, which refers to the processed leaves of the very first harvests around late February to late April each year, prized for being the most delicate of the annual yield.

Darjeeling tea’s production remains among the most labour-intensive processes in the world. Most of it is done by hand, beginning with experienced workers who comb the plantations, picking only shoots bearing two leaves and a bud. According to TWG Tea, which recently released its 2020 First Flush Harvests, it takes approximately 20,000 to 22,000 shoots to produce a kilogram of Darjeeling tea. That’s a lot of shoots to hand-pick to supply the entire world.

HIGH ON THE HILLS

Darjeeling tea took root much like many commercial endeavours of colonial times: With thievery. In 1848, the British East India Company tasked botanist Robert Fortune with smuggling live tea bushes out of China and replanting them in the Himalayan foothills to establish a new tea industry under British control. It took fits, starts and nearly a decade, but by the late 19th century, Darjeeling plantations were growing some of the world’s finest teas thanks to the region’s cool high-altitude climes and unique terroir.

Each spring, the intense sunlight against the cold Himalayan air serves as kindling for the tea bushes to blossom into life with their first spring harvests. Once picked, the tea shoots undergo delicate processing, from the rolling of leaves to release their natural juices, to drying and sorting into various grades.

Another thing that keeps Darjeeling in rarefied territory is its mountainous terrain that limits tea production. Darjeeling’s output accounts for just one per cent of the 900,000 tonnes that India produces annually. Most Darjeeling plantations – including the world-renowned Okayti plantation, which produces TWG Tea’s prized Darjeeling teas – practice organic farming, which essentially means that the plants are grown with a good dose of faith in nature’s capricious vagaries.

Elements of climate change like unpredictable rainfall in areas prone to mudslides can be addressed by growing native plants and wild grasses between tea bushes to prevent top soil from washing away. But there are some things that humans and processes simply cannot control or expect, like a global pandemic.

“As India went into lockdown due to COVID-19, plantation activity ground to a halt and plucking ceased at the most pivotal time of the year,” explained Maranda Barnes, co-founder and director of communications and business development of TWG Tea.

“On any given year, TWG Tea ensures that only the highest quality harvests are selected for us and this unprecedented event has resulted in a limited quantity of Darjeeling First Flush teas this year, composed solely of teas processed pre-lockdown,” she added.

WHAT’S IN A NAME

There’s good reason why Darjeeling teas are often referred to as “the champagne of teas”. Their distinctive aroma is delicate, refined and fruity, with unmistakable notes of muscatel and peaches, quite unlike the more vigorously flavoured of teas of India’s lowlands.

For a long time, much of the tea sold as Darjeeling was not actually grown in its motherland, but was rather a blend of Darjeeling and lesser teas. In the early 2000s, Darjeeling’s growers banded together to seek legal protection for the geographical indication of Darjeeling tea in the US and French courts, which they eventually clinched.

In 2012, the European Union agreed to phase out the use of “Darjeeling” on blended teas. Since then, just as only cognac can only be so named if it comes from Cognac in France, so too a Darjeeling tea can only be made from tea grown in Darjeeling.

Like fine wines, savouring the nuances of Darjeeling tea comes with its own implements and rituals. TWG Tea created ceramic pots with short spouts resembling a bird’s beak for Darjeeling’s specific purpose. These pots feature fitted lids that allow the infused wet leaves to be displayed and their perfume enjoyed at the end of the tasting.

TWG Tea’s president, CEO and co-founder Taha Bouqdib recommends that the teas be infused for three- to four minutes, depending on the selection, in water warmed to between 90 and 95 degrees Celsius before they are sipped. “When tasting Darjeeling,” he advised, “look at the liquor for the depth of colour and clarity, then taste for briskness, quality, strength and aroma.”

This is how one can fully experience the flavours of Darjeeling’s periodic harvests or flushes – from the prized, ethereal nuances of the First Flush teas to the more robust complexities of those that follow. Delve deeper into the discrete intricacies of Darjeeling’s offerings and you will come to understand why tea appreciation is increasingly au courant.