What took you so long to take Oolong 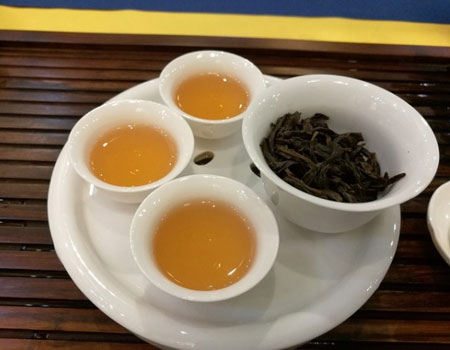 Anticancer Research, a research journal, has recently published a study revealing that oolong tea extract might be able to keep breast cancer at bay.

Oolong tea is known to have benefits such as promoting weight loss, detox, and heart health. With this overall positive effects on a person's health, the added bonus that the crowd favorite could prevent breast cancer gives tea drinkers another reason to abandon other beverages.

Later, the scientists conducted laboratory tests revealing that oolong tea stopped the growth of breast cancer cells. The extract from the said Chinese tea has also inhibited the DNA of cancer cells which hindered the progression, and growth of tumors.

The group also tested other types of tea revealing that black and dark tea does not have much effect on the cells. On the other hand, green tea has shown effects similar to that of oolong tea. One of the researchers from St. Louis University in Missouri pointed out that the favorite Chinese tea and green tea both contribute largely to slowing down breast cancer cells as both can induce DNA damage and cleavage.

Much like green tea, oolong tea plays an inhibitory role when it comes to tumorigenesis and the growth of breast cancer cells. The team later lobbied the idea that oolong tea could potentially be used as a chemopreventive agent against breast cancer.

In their survey, Fuji, a town in Xiangcheng City, an area with a high rate of oolong tea consumption, was revealed to have a 35% lower incidence of breast cancer as compared to the national average. The researchers also pointed out that the area has a 68% lower death rate than that of the national average as well.

Chunfa Huang, the associate research professor of the university and the lead author of the study, pointed out that the tea has great potential for its anti-cancer properties as supported by the lower incidence of breast cancer and mortality in regions where consumption of the said tea is higher.

The scientists added through their study that early diagnosis and prevention is the key to improved health.

Oolong tea is also known to help in burning fat, flushing out toxins from the body, promoting heart and brain health, and in lowering bad cholesterol in the body.