Home>Publications & Articles>Articles>Media Articles>What they don't tell you about Sri Lanka: The good, the bad and the ugly

What they don't tell you about Sri Lanka: The good, the bad and the ugly 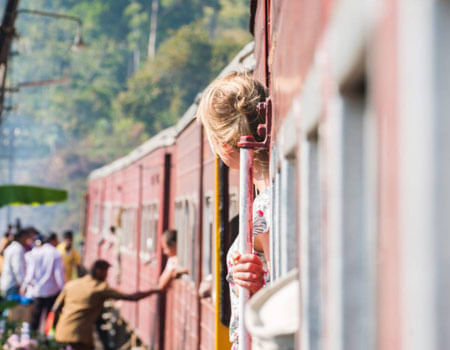 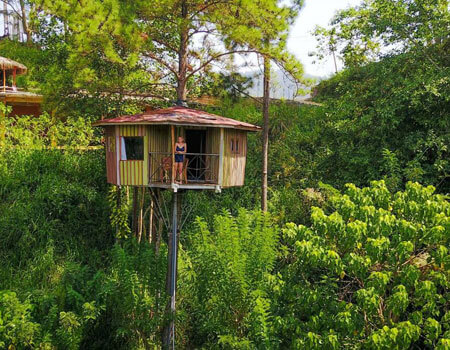 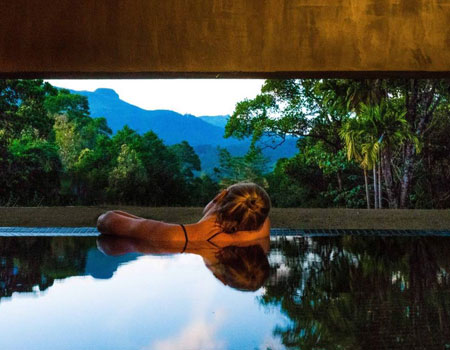 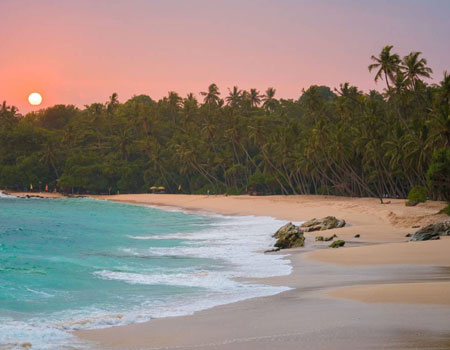 They are probably the scariest four steps I've ever taken – and all I was doing was heading from the bed to the toilet.

Scary because I'm 40-feet up a pine tree in a little shack bolted near the top. A bird keeps poking its head through a hole, as if in shock: "this place is for birds, get out!"

We're in the middle of the Sri Lankan jungle, in a tree house that would comply with precisely zero safety standards back in New Zealand. I'm not even sure it'd be fit to house a guinea pig – except the human variety, which we appear to be.

Even the slightest movement, like sneezing, sets the tree off in a terrifying swinging motion that takes a few minutes to stop. How do you get inside it? Well, the tree sits at the bottom of a cliff. The top of the cliff is roughly in line with the top of the tree, so a shaky little swing bridge has been built to access the hut. On the other side is a balcony that looks like its held together with rope.

Now we arrive at the interesting bit: the "up-tree" bathroom. It's terrifying. I sat down on it earlier, and the tree swung like a typhoon had hit – it gave me such a fright, I jumped straight up and hugged the tree trunk, which shoots up through the middle of the room. It was the only way I could think of centring my weight to stop the damn thing rocking. The poor birds we are sharing the tree with must be amused and think to themselves "we've got another attempted sitter on the lower deck".

We spent the entire night waiting for a cracking, snapping noise. But it never arrived. That's the thing about Sri Lanka; it's full of loosely regulated thrills mixed with a new frontier of adventure. Tourists have only started returning in the past decade, after a brutal 26-year civil war.

While Sri Lanka seems to be Asia's darling destination at the moment, it's not all train rides, beaches and rolling tea plantations. After spending three months exploring the island, I loved it, loved it to death, and then it broke me. Here is the good, bad, beautiful and ugly.

A trip to Sri Lanka feels like everybody – tourists and locals – are making it up as they go. And it works because the people are some of the warmest, caring and considerate you'll meet. From a barefoot child with ripped clothing wanting to give us her sweets, to the elderly lady who tried to offer us her seat on the train – it's rare to see such a genuine outpouring of kindness. It seems, for the most part, tourists are still a novelty and are not seen as merely walking dollar signs, as in many other developing countries.

We spent more than a week with one family who charged us less than $30 a night to stay in their newly-decorated homestay, complete with a huge breakfast their entire family cooked each morning. We hugged, laughed and played cricket with the kids – and we all cried when time forced us to part ways.

The country also has a growing list of high-end resorts offering world-class luxury. Santani Wellness is tucked away in the lush hinterland –designed as a break for the mind. The resort mixes traditional Indian Ayurveda treatments with massage, yoga and specialised food matched to your body type. The rooms are a modern twist on Tibetan meditation caves: they all have sweeping views, but concrete walls on each side without windows so nothing distracts from the vista. There's also plenty of pampering like a vast underground healing salt bath – with a narrow open-air window - overlooking the mountains. It's a detox I could become addicted to.

Sri Lanka is perhaps best known for its epic train journey from Kandy to Ella; it chugs slowly up the mountains, through the verdant jungle and rolling tea plantations. This is an exceptional trip, but don't make the same mistake most do and book late. You'll end up in a crammed third-class cabin with standing room only. Booking online is a minefield, the train company doesn't offer it, so some third-party tour operators sell tickets –but it's difficult to know what you're getting. If you don't have luck online, make sure to book at a train station the moment you get into the country. 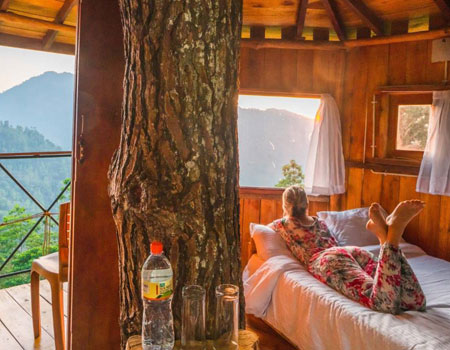 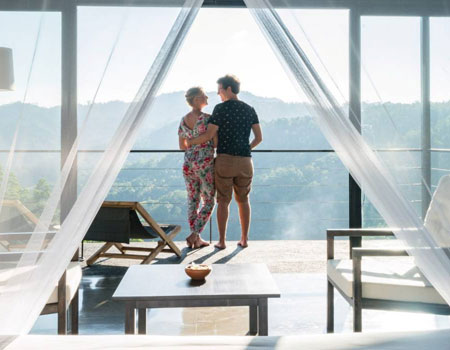 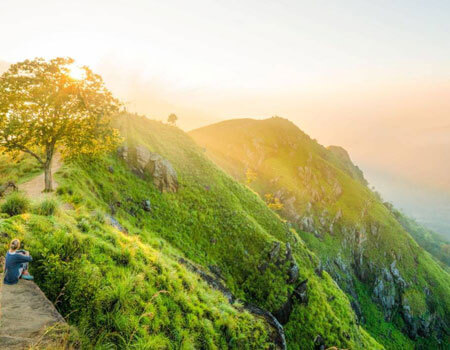 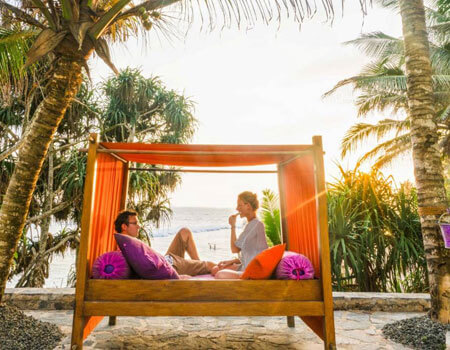 The trains are great fun but extremely limited in where they go – so if you are to reply on public transport, you're going to encounter the dreaded local bus. They are likely to be jammed with people, packed so tightly it feels like a human chutney. What makes it oh-so-much-worse, is that the driver treats his rusting piece of tin like a Formula 1 one race car – throwing passengers around in all directions. If you have the budget – hire a driver.

Now let's talk about curry. Don't get me wrong, I love a good curry – but Sri Lankans turn almost everything into a curry: banana, mango, egg, fish, jackfruit. This is not the creamy Indian curry you might expect. It's often watery and doused with nuclear-grade spices. Everything seemed to incinerate my taste buds and wears pretty thin quickly.

The budget level accommodation is a lottery, with plenty of shoddy options. One, near a popular safari park, charged us $30 (relatively expensive for a budget room) with a bathroom covered in hot, humid, mummified filth. I don't even think a pig would walk in. Their response when we complained was to hand us a brush. I had an adult-tantrum, cry, and considered flying back home that night. It broke me.

Sri Lanka's jungles are home to breathtaking wildlife, including more than 90 mammals like leopards, elephants and the sloth bear. There are also countless white sandy beaches and thousands of years of culture woven through its ancient land, with elaborate temples and monuments.

But elephant abuse, especially with the widespread use of chained "temple elephants", is far too common. The popular safari parks can be so jammed with traffic, there are "safari jams" – and if you're lucky enough to spot a leopard, you'll soon notice jeeps from all corners of the park rushing to join you.

The country's southern beaches, complete with small hipster-style cafes, will take you back to what Bali was many years ago. Smoothie bowls, yoga shala and surf shops are beginning to pop up to serve the growing number of people that come to Sri Lanka primarily for a beach holiday around favourite spots like Mirissa.

The first piece of advice we got after landing in Sri Lanka turned out to be wisest: "Beware, tuk-tuk drivers are the mafia." These rickshaw drivers will stop at nothing to rip you off: they often tried to charge us double at the end of a journey because there was two of us. They charged a parking fee for letting us off in the middle of the road, we often got taken to the wrong hotel in the hope we would stay with their friends, or we took long diversions to gem or rug shops. If we didn't buy something, they would try and charge for the extra journey.

The good news is a number of ride-sharing apps – like PickMe – offer Tuk-Tuk rides, which removes most of the scamming and gives you certainty on prices.

Sri Lanka is experiencing rapid growth and most of the country welcomes tourists with the kind of energy and enthusiasm that has dried up in many parts of Asia due to over-tourism. Get there while Sri Lanka is still in its exciting infancy.

Singapore Airlines, Malaysia Airlines and Thai Airways are some of the best options open to you.

High end: Santani Wellness near Kandy is an excellent place for a mental and physical detox. From $900 a night. See santani.lk

Mid-range: Underneath the Mango Tree offers rooms with plunge pools overlooking the Indian Ocean. From $400 per night. See utmthotel.com

Budget: Travellers Home Kandy offers the best homestay we've ever come across; we were treated like family. From $29 a night. See travellershomekandy.com

The authors paid their way around Sri Lanka, but were hosted by Santani Wellness and Underneath the Mango Tree.