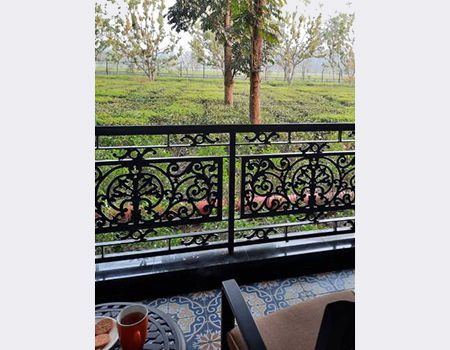 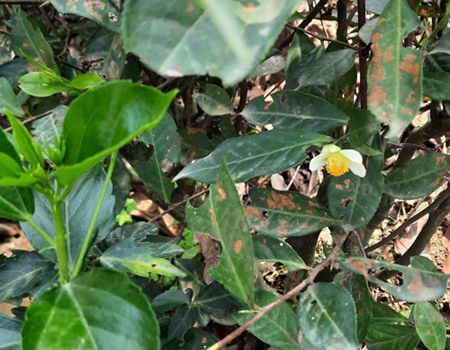 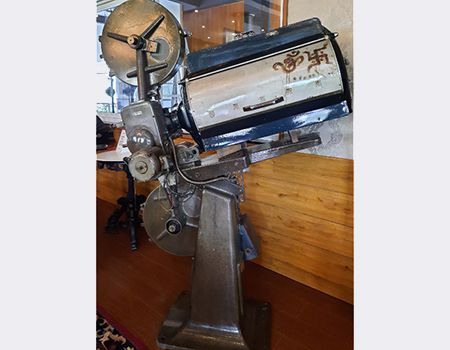 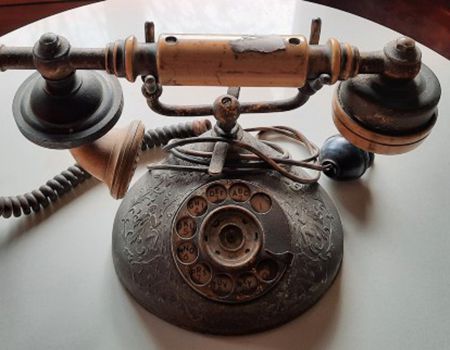 Braving the brewing poll frenzy, a tea break in the Terai

As charming nomenclature goes, there are few to beat Margherita or Monabarie in Assam, Happy Valley and Rungamuttee in Bengal, Nallathanni in Kerala, or Craigmore and Glendale in Tamil Nadu. These are some of the tea gardens in India whose initial appeal lies in lilting names. The sylvan expanse that overwhelms the senses comes only on reaching the destination.

Thus it was with a sense of disbelief that we learnt the name of the garden we were headed to, that boasted of India’s first boutique tea resort: one as mundane as New Chumta! Founded in 1866, this huge (14,330 acres) plantation is the pioneer of tea plantations in the Terai. Located near Siliguri, the garden is not only a refuge for the Covid-haunted, serenity-seeking wayfarer, it also houses antiques that make its Director’s Lounge a veritable treasure trove.

Reaching there from Calcutta was a breeze: a 45-minute flight to Bagdogra and a 30-minute drive to the tea estate. Just about the length of time it used to take me to commute to work every day in pre-Covid times!  What could be easier in pandemic mode? The last two kilometres entailed a rough ride, but it helped induce a sense of adventure amid the miles of tea bushes.

What had been the New Chumta tea estate’s main building has now been renovated to comprise an elegant staycation. The rooms open out into tea bushes and for the first time in my life (my dalliance with tea gardens had begun at the age of four) I spotted a tea flower. The cause for celebration is justified since spying a flower of the camellia family is as rare as a blue moon.

Having replenished ourselves with steaming bowls of nourishing thukpa, we set out to explore. We were fortunate to meet Ravi Mohapatra, who has written a book on this wonderland. The corridors were steeped in the history of tea.

Records say one Major C.M. Fitzerland acquired the title deed of this land in March 1866. He transferred a part of the holdings to Rechard Southby, who was the first to plant tea on this land.

An account by Southby reads: “I applied for the lands now held by the Darjeeling Terai Tea Company in January 1866. I got the lands, the pattas were granted and signed by Major Blair Reid dated July 1866. I asked the Deputy Commissioner... and immediately commenced cutting the jungle and prepared to plant seed at stake. I put in stakes and branches of shimul trees and planted out before January 1867. This tea was bearing in 1868 in which year we got about a maund an acre. We began to pluck around August 1868 and continued to the end of the season (November 15).”

Tea anecdotes and interesting snippets, as well as the names of garden managers since the early years adorned the walls. But nothing had prepared us for the antiques. An antediluvian telephone and an ancient typewriter had been placed in our room. The lounge had several of these, each more archaic than the other.

But the best was saved for the last. We reached the Director’s Lounge, with its elegant tea room that serves the best first flush brew and delectable, freshly baked cookies. It leads into a large room which is occupied by the oldest camera I had ever seen, a huge, antique film projector, shelves crammed with old suitcases containing metal containers of Cavender’s Magnums and Passing Show, a 1910 handcrafted German grand piano (by Rachael’s) which said “do not touch” but played beautifully, wooden radio sets of yore, coffee dispensers and coasters proclaiming Lloydin Tee, Ty-Phoo Tea and Brisk Lipton’s! The bar was just as vintage — it sported a red Ford vehicle and Palmer & Co. champagne from Reims. Brut’s Grand Champagne Napoleon from Vertus kept it company.

All this had quite made us forget the election drumrolls in the foothills of the Himalayas. Prime and chief ministers decided to coincide campaigns and tensions escalated faster than the mercury in summer. Our fleeting stay was robbed of its idyll by the cacophony of poll machinations, compelling us to flee in the early hours to avoid being stranded in rallies and road shows that not only had people and banners but also unwieldy objects like LPG cylinders. Enough fusillade to halt those headed to the airport in their tracks.

Once we reached Bagdogra, the propensity to flee was evident in every passenger. No one wanted to be caught in a VIP melee. Elections in a democracy may be a leveller from a certain angle, but effectively robs the voter of every right, especially the one pertaining to the freedom of movement.