Welcome to a ‘land of smiles’ of Sri Lanka 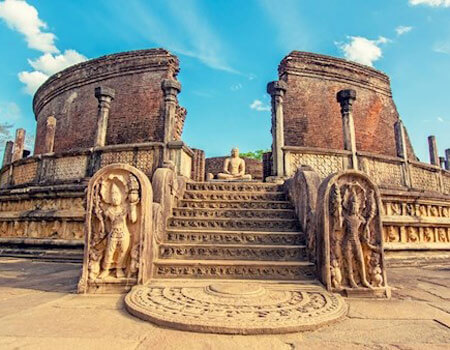 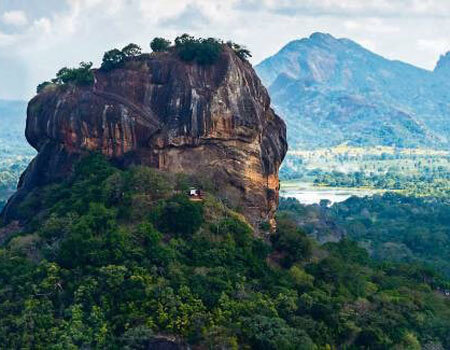 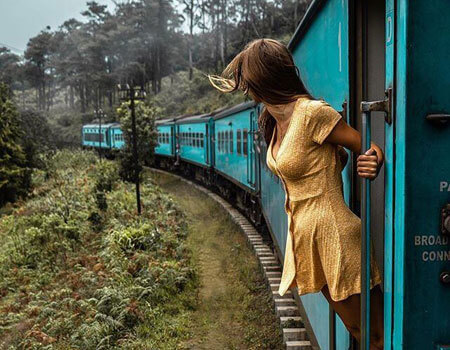 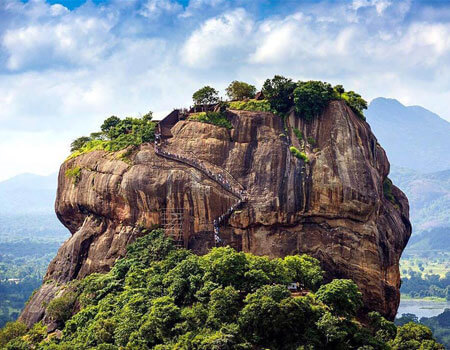 “Happy New Year” Lakmal smiles, pressing a coin wrapped in a betel leaf into my palm. “May the year ahead be auspicious, prosperous, filled with happiness and good health.”

Fire crackers sizzle and explode and traditional New Year food arrives. Musicians play ancient instruments and we exchange money and presents for luck. My hastily discarded January resolutions are about to have a new lease of life, including that one to give up booze.

So let the New Year resolutions begin all over. In mid-April Sri Lanka goes into lock-down and the sale and consumption of alcohol in public is banned over several days of the festivities. Families of all religions and ethnic backgrounds come together to celebrate their New Year, schools are on holidays and shops shut down for up to a week.

Only the foreign currency-earning gems emporia, tea factories, spice gardens, wood carvers and souvenir shops keep a skeleton staff at the ready to welcome tourism revenue. My other big New Year resolution — to economise — will soon hit the decks.

Sri Lanka’s astrologers closely study the movement of the sun before decreeing the auspicious time for New Year, a date that moves back and forth by a couple of days from year to year. During the preceding ‘inauspicious’ time (New Year’s Eve) most work, apart from essential labour, stops; families gather, houses are thoroughly cleaned, bodies washed and new clothes purchased in preparation for a new dawn and a symbolic first meal of the New Year.

According to the astrologers almanac the kitchen hearth must be lit at 10.40am and the first meal is eaten on the dot of 11.53am by most of the population, preferably “dressed in blue and facing north” as Ceylon Today’s ‘Auspicious Times for the New Year 2018’ supplement advises.

A visit to Sri Lanka which is the most populous island in the Indian Ocean (pop: 22 million) for New Year delivers many insights into the culture and tradition of the ‘land of smiles’ renowned for friendliness and a gentleness of spirit. Parents are worshipped with bunches of betel leaves and their children apologise for all their wrongdoings throughout the year, begging forgiveness. It’s a custom some of us wouldn’t mind introducing into our own family networks.

Today one of the fastest emerging global tourism hotspots — peace was restored in 2009 after 30 years of war — Sri Lanka is three quarters the size of Ireland, rising from glorious coastlines and beaches along the Indian Ocean to heights of 2,500m in the centre of mist shrouded mountains and rolling tea plantations.

G-Adventures, whom I’ve teamed up with on my first visit to Sri Lanka, are global leaders in small group escorted travel experiences. Our Discover Sri Lanka 11- day loop led by the capable knowledge packed Lakmal our CEO (chief experience officer) will take us to gilded and crumbling temples, lofty UNESCO heritage sites, colonial-era towns and national parks, roamed by elephants and other magnificent wildlife.

We are travelling around in a comfortable small bus looked after by a valet, Chanuka, who presents us with a cheery smile and a posy of freshly picked flowers every morning before the next leg of the journey.

One of Sri Lanka’s selling points for my entourage — two friendly, well- travelled married couples from Perth in western Australia and my future partners in retail therapy, delightful Swiss sisters Simone and Christine, is the wide variety of experiences we are packing in. We will come up close to village life, travel by canoe across a millpond lake carpeted with lotus and hyacinth lilies, taste king coconut water and its tasty flesh just off the tree on a small island, steering clear of the resident crocodiles and be rocked about on bull carts on the way to a traditional lunch of various vegetarian curries and fresh water fish eaten with our right hand off a lotus leaf lining a basket plate.

Later we conquer a marathon climb up 1,202 steps to the summit of a lion shaped rock, plus an even more daunting hike into the clouds to legendry Horton Plains at 7,200ft above sea level to admire stunning views from ‘World’s End’. G Adventures also lines up expert speakers as part of their National Geographic journeys content about wildlife conservation, traditional Sri Lankan food, preparation of popular dishes in rural kitchens and other topics. And that’s barely half of the itinerary covered.

“So what’s Sri Lanka like?” a friend calling on skype enquires after my solo exploration of the capital Colombo. By now I’ve been hijacked by tuk-tuk driver Mr RM Chandona who wants to drive me to “big important shopping mall”.

No shopping, I insist so we will instead take a drive around city highlights, including the famous Gangaramaya Buddhist Temple, Independence Memorial Hall, a towering statue of Victoria who turns out to be the image of Judi Dench in Victoria and Abdul, a backstreet bright blue Hindu temple festooned with scary multi limbed deities and a maze of bustling bazaars near the Central railway station. I am well pleased with my tour.

Then the inevitable happens. Avoiding near collisions with crazy bus drivers we screech to a standstill behind two other parked tuk-tuks. “Che Guevara we want you in our Life” is painted on the back window of one tuk-tuk, “Arise and shine — One God, One name Jesus” is emblazoned on the other.

Mr Chandona points up at the “Gems Exchange” sign over a concrete building and pleads. “Just step inside to look. Not buy anything; they’ll give me school bags for my kids if you go in.”

How can I possibly refuse? Half an hour later, I’ve been hypnotised into buying a Sri Lankan-mined black onyx ring and matching bracelet “to keep the evil eye away”. I hand him over his vouchers. Mr Chandona has just earned himself a couple of litres of petrol on top of those school bags.

I ponder the question, ‘what’s Sri Lanka like?’ and reply “Clean, no festering heaps of rubbish like India has, hardly any beggars, no cows wandering all over the streets, no foraging starving dogs. But they’re mighty good at getting you to part with your dosh… charm, chat and smiles everywhere.”

Sri Lanka is famous for its elephant population, counting over 6,000 today, up from the 2,500 left over from 25,000 who roamed the island when the colonists arrived, reducing their terrain radically through plantations and hunting. One notorious English born hunter Major Thomas Rogers shot a mind boggling 1,400 of these noble creatures, according to senior naturalist Gayan Senarathna.

A first taste of Sri Lanka’s wildlife comes on day two while searching for the elusive leopard at Wilpattu National Park in the island’s north west.

Once the most visited park on the island and on the borderland between Sinhalese and Tamil parts of the country it was forced to close in 1988 after all the Sinhalese rangers were brutally killed by the Ltte (Tamil Tigers). The animal population was almost wiped out by wartime poaching or died in the cross fire and land mine explosions.

The park has launched an encouraging comeback and the afternoon’s game drive from our base ‘glamping’ at Big Game Camp a half an hour away produces a flash of leopard tail just before sundown. A few claimed they caught a spotted outline streaking through the undergrowth but I was not among them so my jury on the presence of that leopard is still out.

Minutes later the sight of a sloth bear, one of Sri Lanka’s rarest animals is a thrill and we’ve seen some fantastic bird life including the exotic Malabar pied hornbill, pretty green bee eaters, various birds of prey and a fine painted stork among the many feathered wonders.

We also spy a few open mouthed lakeside crocodiles, various deer species and numerous peacocks sitting on trees or impressing females by showing their full fans in a mating ritual.

Among the many highlights over the next 10 days are further expeditions into Sri Lanka’s wildlife rich jungle national parks where more than 90 elephants have congregated together in Kaudulla Park, south of Dambulla, a town famous for its ancient cave temples. With the certainty of extensive elephant sightings at the park, lakeside throngs of foreign tourists and locals on New Year holidays descend and there are almost as many jeeps as elephants.

The unedifying and dangerous spectacle of vehicles coming so close to the herd that they block the paths of those trying to join other elephants heading out of the rain towards the shelter of woodland is witnessed. Passengers desiring the best photos urge drivers ever closer. Eventually the herd enters the lake to shake off the human intruders.

The Matriarch Kanehilu who has been known in the past to charge jeeps coming too close bellows in fury, waving her trunk around while flapping massive ears threateningly. Yet several jeeps continue their pursuit of the elephants, lining up in a row at the water’s edge.

At our last national park stop off Udawalawe, a sanctuary for large herds of elephants, naturalist Gayan Senarathna says there is increasingly concern over the number of uncontrolled jeeps, many of them half empty who enter parks, some with ignorant drivers. These drivers are willing to do the tourists bidding regardless of the risks involved and welfare of the animals for a bigger tip at the end, he adds.

"We need to better educate some drivers and locals to treat these parks as a national heritage and control the amount of traffic that enter them, especially during peak tourism periods."

The island contains an astonishing seven UNESCO World Heritage sites within its compact size, showcasing a rich history and contribution to civilisation.

You may even undergo something of a spiritual journey, from magical Anuradhapura featuring some of the most ancient archaeological treasures to the dizzy heights of Sigiriya dubbed ‘the Eighth wonder of the world’ or as you wander about the royal city of Kandy’s magnificent temples complex that reputedly contains Buddha’s tooth.

Also, I promise you won’t find warmer smiles anywhere else on earth.