Wage hike must not destroy industry 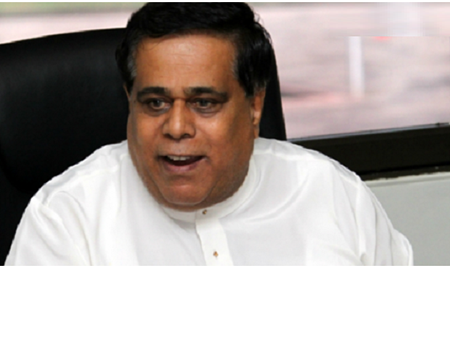 Nimal Siripala comes out in defence of planters

The longstanding issue of the plantation sector workers’ daily wage must not be looked at only from the workers’ side, as that could adversely affect the workers in the long run in the form of job losses, Labour Minister Nimal Siripala de Silva said in Parliament yesterday (5).

“Products such as tea and rubber that greatly contribute to Sri Lanka’s economy, as well as companies in the plantation industry, should be protected. We cannot take into consideration just one side of this issue and introduce laws stipulating a minimum daily wage – that’s not the way to address this issue. Doing so will most likely result in loss of jobs. We need an in-depth discourse in this regard.”

In a rare instance of a politician speaking on behalf of the Regional Plantation Companies (RPCs), de Silva emphasised that the sustenance of the industry must be foremost in the consideration of any solution.

“I, as the Labour Minister, have held more than seven meetings, and another meeting is to be held tomorrow (7). At this meeting, we will try to reach a collective agreement among workers, trade unions, and employers, with the aim of addressing this issue.”

However, he stressed that his intention is to ensure that the workers get a Rs. 1,000 daily wage.

He further said that plantation sector trade union leaders demand a collective agreement when it comes to addressing the said issue, as there are various concerns regarding the production and production capacity.

Meanwhile, when contacted in this regard, State Minister of Estate Housing and Community Infrastructure Jeevan Thondaman concurred with Minister Siripala de Silva’s statement, saying that “wages should not be the reason the industry and sector is killed”.

However, he explained that the present wage system governing the tea estates and rubber plantations, which is based on the colonial structure predicated on the number of leaves plucked per day and the workers having no right to own land, should be completely overhauled, as the workers are not considered as Indians but rather as Sri Lankans integrated to local society, and therefore deserving of every benefit afforded to other societal groups.

Furthermore, he noted that with the rising cost of living, the daily wage of Rs. 1,000 that has been mooted would not suffice.

“Rs. 1,000 is a politicised number. We have proposed a system based on the out-grower – a revenue-sharing model which will give a sense of ownership to the workers and enhance productivity. I can understand the plantation companies’ claim that they built the roads, houses, and schools. But in reality, it is the Sri Lankan taxpayers that have enabled the construction of such. These companies must be held accountable, as many have not paid their dues to the Employees’ Provident Fund (EPF) and Employees’ Trust Fund (ETF). We are of the genuine belief that there will be a positive outcome in this matter.”