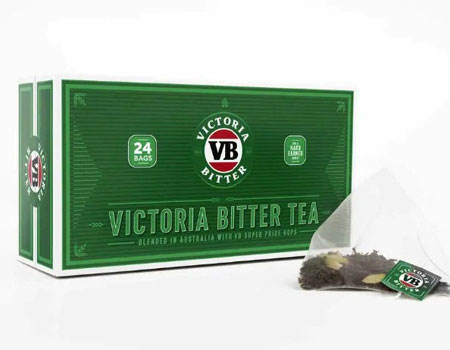 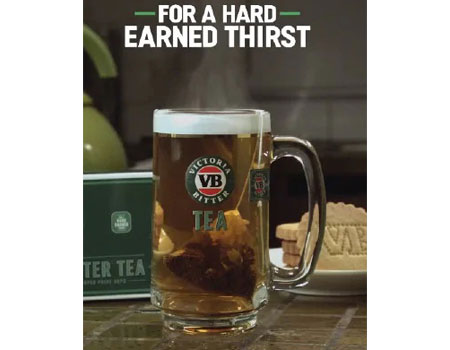 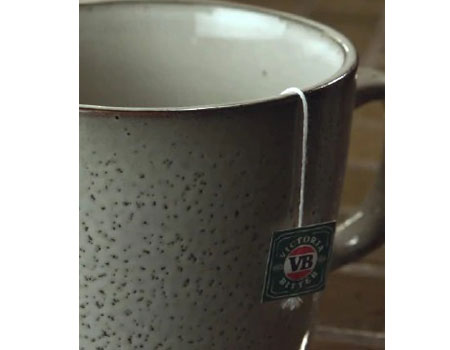 The beloved brewery’s newest beverage has alreayd sold out once, but is back on sale for those mornings when only a VB will do, but you’ve got to stay sober.

Too early to crack open a frothy? That’s OK, VB’s got you covered.

The beloved brewery has just launched its very own beer-flavoured tea to celebrate this year’s Ashes series.

The tea bags are so popular, they sold out on Monday morning, but a VB spokeswoman said their stocks were replenished and back on virtual shelves.

The limited-edition packets are selling on the VB website for $10 each and are “blended in Australia from local and imported ingredients”.

The 24 VB baggies don’t contain alcohol, but they do smell and taste just like a schooey of the classic beer.

Victoria Bitter brand director Chris Maxwell told The Herald Sun the VB Tea was launched to help Aussie cricket fans who had to stay up late at night to sit through the Ashes and get up early in the morning.

“We know Aussies love nothing more than watching the cricket with a VB in hand,” Mr Maxwell said.

“So, when the boys are in England, they’ll be watching into the wee hours of the morning and need a cuppa.”

“It’s a nice mix between hops and tea leaves, and it has a nice aroma,” Mr Maxwell said.

“I hope (people like it). People like to try new things, and this is a limited-edition product.”

In a hilarious advertisement, published on their Facebook page, VB encouraged their fans to “ditch English breakfast and drink VB Tea”.

In the brand’s usual anthemic style, the ad features a rhyme, explaining how sometimes “it feels like the ball’s cursed (and) you’ve sure got a thirst”.

Now Aussie cricket fans can drink VBs through the night and continue the party into the morning with a VB tea.

The launch has a lot of fans excited, with many saying the tea looked “delicious”.

Others said the launch — at the end of Dry July — had come at the right time.

Many people said it would be a great hair of the dog “for those morning headaches”.

Others claimed “VB has gone too far this time”.

“This is controversial,” one person said.

Another claimed the new tea would taste just like “VB in the microwave”.