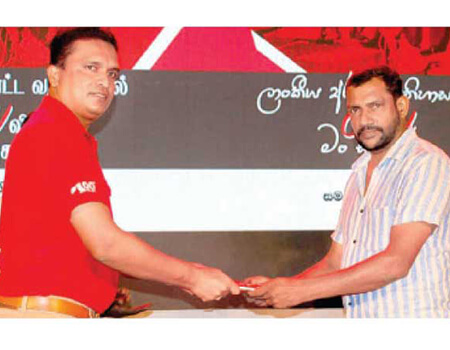 A University of Plantation Management will be set up with the joint contribution of Tea, Rubber, Coconut, Cinnamon Research Institutes and the National Institute of Plantation Management (NIPM). The institutions are already working towards formulating, introducing and implementing a proper scheme to establish the new institute. Young academics and intellectuals who will be produced by such an academy will contribute and dedicate their time and energy for the growth of the agriculture and plantation industry, Plantation Minister Dr. Ramesh Pathirana said.

He was speaking at the Centenary Convention of the Ceylon Estate Staffs’ Union (CESU) recently at the Bandaranayake Memorial International Conference Hall (BMICH). It was the first time that a Sri Lankan trade union commemorated its 100th year.

“The main focus of the Government is to boost the ‘Ceylon Tea’ to be the number one trade mark in the global market once again. We have identified that main requirement to win back the glories status of our tea. The phrase “Tea waste” has polluted out entire tea industry. It has become a serious issue in our industry. We have initiated a number of stern actions to rectify this serious problem. We have stopped the degrading the quality of tea produce at the tea factories. We will not be able to become the leading producer of tea in quantity but we are confident that we can emerge as the best quality tea producer of the world,” Minister Pathirana said.

The Minister commended the CESU for its outstanding and lengthy contribution to promote plantation sector while rendering a yeoman service to its membership.

The book, Siyawasaka Siya Saviya or Lankeeya Aragala Ithihasaya (The strength of hundred years or the history of Sri Lankan struggles) compiled by Journalist Saman C. Liayanage in view of the CESU Centenary was launched on the occasion. The newly introduced CESU website and its centenary song by senior lyricist Rathna Sri Wijesinghe was also inaugurated.