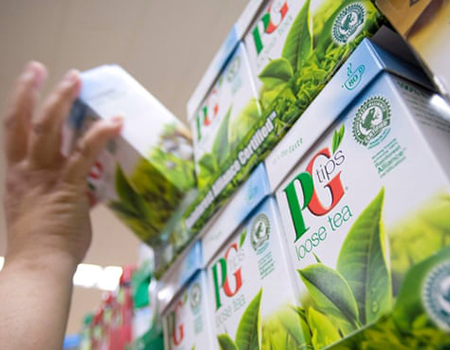 Unilever has called time on the traditional cuppa with a €4.5bn (£3.8bn) deal to sell its tea business, which includes PG Tips and Brooke Bond, to a European private equity firm.

When the company hoisted the “for sale” sign back in 2020 Unilever’s chief executive, Alan Jope, complained that traditional tea drinkers were dying off, while younger consumers preferred coffee and fashionable herbal teas.

Pointing to falling sales of black tea, he said fans were “getting older and consuming less and starting to fall over”. Traditional “builder’s tea” drinkers were “not into experimenting and trying new products”.

The spun-off tea business, called Ekaterra, which had sales of €2bn of last year, is being acquired by CVC Capital Partners, which saw off the rival private equity firms Advent and Carlyle. It includes the Pukka brand, which Unilever only bought four years ago. Run out of Rotterdam, Ekaterra owns three large tea plantations in east Africa.

Unilever – which owns a raft of household brands including Marmite, Dove and Ben & Jerry’s – is focusing its energies and firepower on parts of the market where demand is rising, such as plant-based foods and high-end skincare. It is not the first time it has sold to private equity. In 2017 its spreads business, which included Flora, was acquired by the US group KKR.

Pev Hooper, a managing partner at CVC, described Ekaterra as a “great business, built on strong foundations of leading brands”. It was in an attractive market, he said, adding that he looked forward to working with the management team to realise its “full potential.”

PG Tips was the UK’s most popular brew for many years but more recently it has been under siege from Twinings, which is owned by Associated British Foods. PG Tips was launched in 1930 by Brooke Bond and Company, a Manchester firm founded by the tea dealer Arthur Brooke, under the name “Pre-Gest Tea”.

But while Unilever is happy to turn its back on traditional tea drinkers, the FTSE 100 company has hung on to a joint venture with PepsiCo that makes Lipton iced tea and Pure Leaf – a “fresh brewed ice tea”.

The two-year sales process has been a key test for Jope. The company’s shares are down 13% this year and investors are disappointed with its sluggish sales growth.

On parting with its historic tea brands, Jope said he was “proud of the place that our tea business has in our company’s history” and looked forward to seeing it prosper under CVC’s ownership. “The evolution of our portfolio into higher growth spaces is an important part of our growth strategy,” he said. “Our decision to sell Ekaterra demonstrates further progress in delivering against our plans.”

… we have a small favour to ask. Millions are turning to the Guardian for open, independent, quality news every day, and readers in 180 countries around the world now support us financially.

We believe everyone deserves access to information that’s grounded in science and truth, and analysis rooted in authority and integrity. That’s why we made a different choice: to keep our reporting open for all readers, regardless of where they live or what they can afford to pay. This means more people can be better informed, united, and inspired to take meaningful action.

In these perilous times, a truth-seeking global news organisation like the Guardian is essential. We have no shareholders or billionaire owner, meaning our journalism is free from commercial and political influence – this makes us different. When it’s never been more important, our independence allows us to fearlessly investigate, challenge and expose those in power.Support the Guardian from as little as $1 – it only takes a minute. If you can, please consider supporting us with a regular amount each month. Thank you.