Under Belt and Road Initiative, China builds rail line in Sri Lanka, a first since 1948 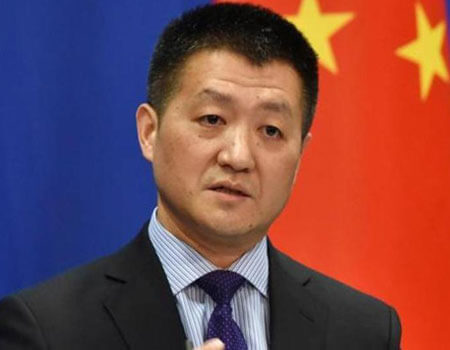 China on Tuesday said it has funded and built the first new rail line in post-independent Sri Lanka, adding that the Belt and Road Initiative (BRI) project will boost regional economic development.

Inaugurated on Monday, the 26.75-km railway extension connecting Matara and Beliatta in southern Sri Lanka was constructed by the China Railway Group 5 (CR5) and financed by the Export-Import (Exim) Bank of China.

“A major portion of the construction was carried out by China Railway Group 5 (CR5) and the Central Engineering Consultancy Bureau (CECB) which acted as the consultant,” the state media reported.

Trains on the track could run at 120 km per hour, the fastest in the country.

“Yes, the phase one extension line of the southern railway in Sri Lanka is the first railway project contracted by a Chinese company in Sri Lanka under the Belt and Road Initiative (BRI) and it is indeed the first railway built after the country’s independence,” foreign ministry spokesperson, Lu Kang said at the regular ministry briefing on Tuesday.

The new rail segment will be a boost to Sri Lanka’s regional transportation, he said.

“It is now officially opened and it will make regional transportation more convenient and facilitate local economic and social development. Yes, (the) Sri Lankan people are pleased to see that and China is pleased for the Sri Lankan people,” Lu said.

“China will like to expand and deepen our practical cooperation under the BRI and deliver benefits to the people with concrete outcomes,” Lu added.

When asked about how much money China pumped into the project, Lu said he didn’t know the funding amount.

“But I can tell you that under the BRI, China encourages companies to engage in cooperation with other countries,” he said.

New Delhi will be closely following the developments as Beijing rapidly expands its footprints on the island.

In late March, China agreed to provide a loan of $ 989 million to Colombo for a highway that will connect Sri Lanka’s tea-growing central region to the China-run Hambantota port on the southern coast.

The Exim Bank agreed to provide a loan covering 85 per cent of the contract price for Central Expressway Project – Section 1, whose total cost is US$1.16 billion.

“The loan comes as Sri Lanka struggles to repay US$5.9 billion in foreign loans this year, of which 40 per cent must be paid by the end of this month. The country used its reserves to repay a US$1 billion sovereign bond loan in January. Much of Sri Lanka’s foreign debt is from China, with loans obtained to build motorways and other infrastructure projects, including some that have become white elephants, deepening the country’s debt burden,” an Associated Press report said in March.

Several BRI projects, however, are ongoing in Sri Lanka, which supports the initiative.

“Besides, the under-construction Colombo Port City, as well as the Hambantota Port and Industrial Park, are expected to become the new engines for Sri Lankan economic take-off. The pragmatic cooperation between our two countries has made a great contribution to Sri Lanka’s development, and also brought tangible benefits to our two countries and two peoples,” Cheng Xueyuan, China’s envoy to the island nation, said in Colombo last November.

Cheng added among the completed BRI projects in Sri Lanka were the Norocholai power station, the Colombo airport expressway, the Colombo international container terminals and the Moragahakanda Project, the biggest water reservoir in Sri Lanka.