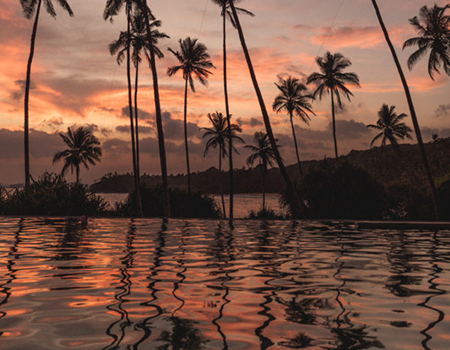 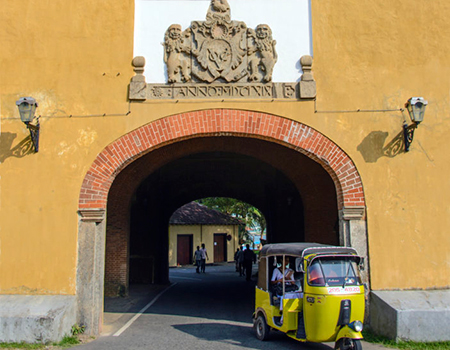 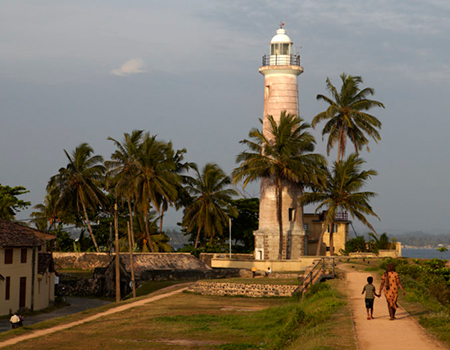 Call it a first-world problem but never have we felt such unrelenting pangs of wanderlust. But travel in the post-pandemic era has changed indefinitely — trips to far-flung destinations will have to be put off. In its place, regional travel will boom. And, according to the Trip.com Group x Google Travel Trends Report, we’re not the only ones who think so. Results, gathered from Google survey data, Google Trends and Trip.com Business Insights data, showed that over 70 per cent of consumers are looking for short haul trips within the region. The top destinations chosen include your usual contenders such as Bali, Bangkok, and Seoul. To avoid the crowds, go on an alternative vacation to Asia’s best kept secret: South Sri Lanka.

Sri Lanka is the gem of the Indian Ocean and is flanked by mist-shrouded viridian hills, and coastlines fringing idyllic oceans. Sometimes referred to as the teardrop of India, it stands on its own as a trove of colour and culture. When you think of Sri Lanka, you’re likely to picture the main cities of Colombo and Kandy, and iconic train rides with impossibly scenic views. These are the island’s quintessential experiences, but we’re proposing the South Coast to experience the island at its most authentic and serene.

For one, it is not as developed as the West Coast; Neither is it as densely populated as its capital cities. You’ll never have to jostle with tour groups despite its spiking visitor numbers over the years. For many, Sri Lanka is a utopian paradise.

We’ve waxed lyrical about the duo of Aman resorts in South Sri Lanka that whisked us from a colonial citadel to a sunbaked coast. Now, take this guide as a highlight reel of the South. Here’s how to experience the best of the area, from its sparkling beaches, to its hidden secret: the pleasure gardens of the brilliant Bawa brothers.

To stay at Amangalla is to stay at Sri Lanka’s oldest surviving hotel. It has retained its antiques from its colonial heyday with contemporary luxury fittings in its suites for a subtly palatial design. Your experience will be bolstered by stealthy, attentive butlers, and stately renditions of Sri Lankan street food served on white starched linens and accompanied by rhythmic beats of the tabla. This gleaming white pearl will make a luxurious base for your relaxed exploration of Galle Fort. Tip: Afternoon tea here is a must for many, including those who are not guests of Amangalla. 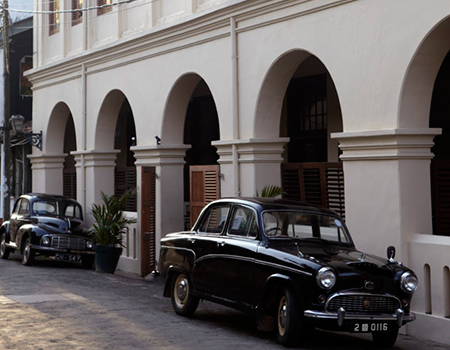 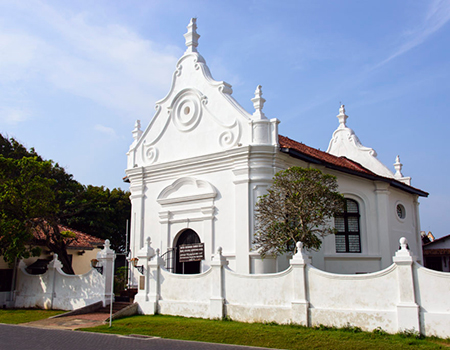 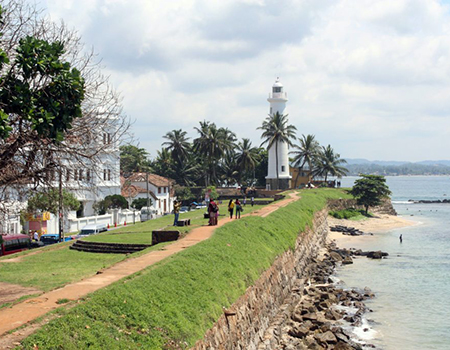 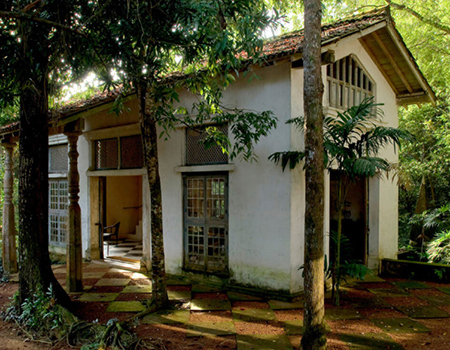 Galle Fort is a fortification first built by the Portuguese and later modified by Dutch colonisers. Recognised as a UNESCO World Heritage Site, it was a former trading port with some of the world’s biggest nations at the time, including China and Greece.

Start your trail at the Dutch Reformed Church, one of the oldest Protestant churches in Sri Lanka. Its honeycomb floors are studded with stoned carved tombstones from the old cemetery. Outside, a lush garden is dotted with stone tablets.

Further down at Pedlar Street you’ll chance upon a street of colourful boutiques, handicraft stores, and cafes, many of them owned by locals. Stop for lunch and order a kottu roti, a Sri Lankan dish of flatbread chopped with chicken and vegetables. Make the Galle Fort Lighthouse a priority, as it’s perched along the fort’s walls, which offer views of the sparkling blue ocean and Flag Rock Bastion, a prime spot for watching the sun set.

Nestled in the labyrinth streets of Galle Fort is the Historical Mansion Museum. In the nineties, founder Abdul Gaffar took over a Dutch-era house to store his private collection and turned it into a museum. While it is unlike the polished museums we’ve accustomed to, it still provides visitors a fascinating glimpse into Sri Lanka’s past. There are no signages or descriptions to give you the insight you’re looking for, so you might have to rely on staff working. Still, the extensive collections spans pottery and china, old typewriters, clay pots, old currencies, and even houses an ancient well. Come at the right time and you can watch the local craftswomen making their own lace.

Take the trip out to: The Bawa Brothers Estate 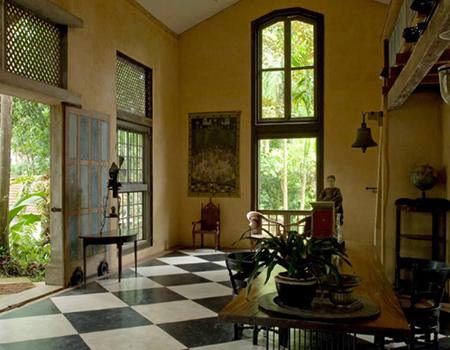 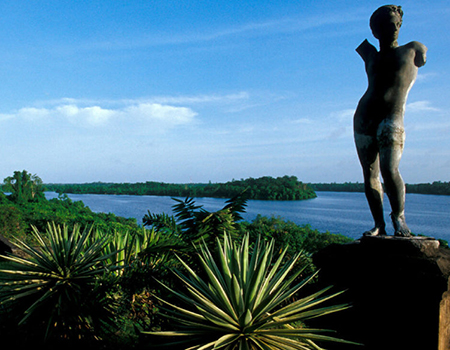 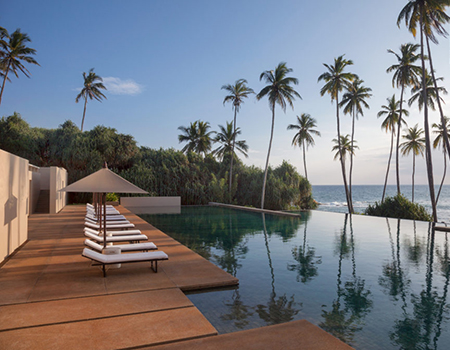 Visit the home of one of the world’s most renowned architects, Geoffrey Bawa. His Lunuganga estate was his most extravagant creation and country home. Lauded as the godfather of tropical modernism, the estate features plantation bungalows characterised by large, open spaces, and decorated with traditional and contemporary furnishings, made from local resources, and art. These are spread across large and expansive gardens many of which reference Italian Renaissance gardens and Japanese garden art. Classical Greco-Roman statues and Baroque sculptures dot the hills on which cows graze upon. These bungalows are now available for stay.

Though smaller in scale, Brief Garden is by no means a less worthy stop. Unbeknownst to many, it was the garden that inspired the creation of Lunuganga Estate and it belongs to Bevis Bawa, the older of the two. The older Bawa siblings commenced work on his garden 20 years before the estate came into fruition. Transformed from a rubber plantation, the estate is a lush garden composed of foliage-lined narrow pathways, hidden fountains, and vine-laced nooks and crannies. Built for entertaining, the estate is studded with private garden rooms and open bathroom suites for his many hedonistic parties. Many of these were attended by the cultural elite, including Agatha Christie and Vivien Leigh. Wander along his gardens to find phallic sculptures and cheeky-faced statues. Within his house, the walls are lined with photographs of his friends and artwork — many of which are that of nude men, alongside eclectic artworks in his library and living space.

Stay at both Aman resorts, and you’ll have all your needs remembered and taken care of. Situated two hours away from Amangalla, the resort is accessible via a comfortable two-hour journey past jungles, shorelines, and villages. You’ll be rewarded at the end of your drive with a breathtaking sight. Amanwella immediately commands your attention with its terracotta exterior, and design marked by austere, straight lines. It is designed by Kerry Hill as an ode to Geoffrey Bawa. Dramatic yet tastefully discreet, the property is a vast complex where you will feel like the only guests. Each suite is a private villa with your own swimming pool although nothing compares to the property’s 47-metre infinity long pool surrounded by towering palm trees and looking out to the sea. 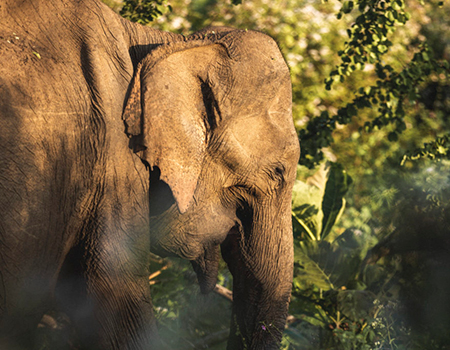 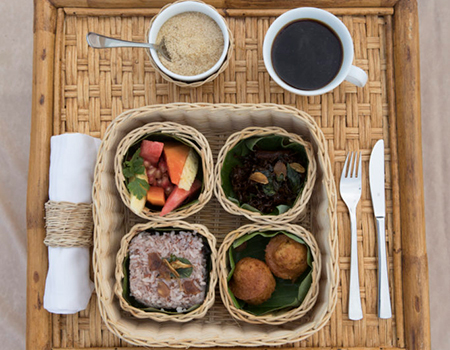 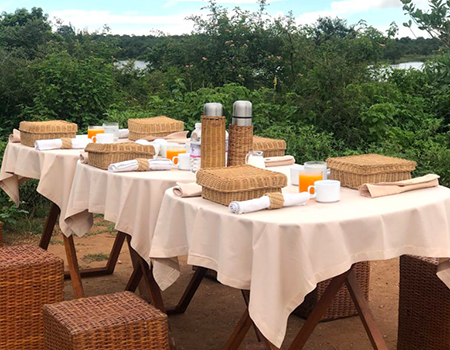 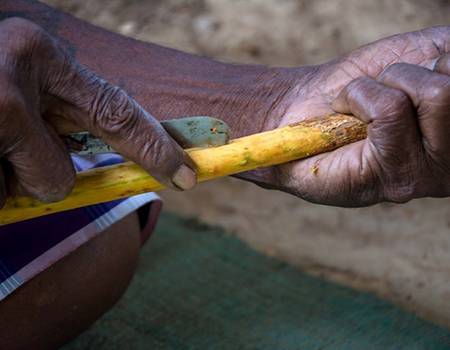 A 2010 portrait by Steve McCurry made famous the art of Sri Lankan stilt fishing, where fishermen perch on crossbars made of stilts with rods made of sticks dangled out onto the ocean. This practice is said to date back to World War I when food was scarce. With the 2004 tsunami altering the shorelines forever, the fishermen are reduced to meagre catch. Now, this dying livelihood is sometimes reenacted by locals, who rent these props from the former fishermen and fish for a small fee, for tourists’ photographs. While this may seem inauthentic, this fee still goes back to the local community and keeps the tradition alive. When moving between the Aman resort, request to catch them in action between the beach towns of Unawatuna and Weligama.

Go on an adventure you’ll never forget at Udawalawe National Park. Bordered by the highlands of the northern boundary, the safari takes you on a wildlife quest via open-top jeeps to spot the largest population of gentle giants you’ll ever see. The herds are abundant, and can be easily witnessed by their watering holes, wandering the roads, and feeding on patches of grass. Other wildlife inhabiting the park include wild boars, water buffaloes, sambar deers, and the rarely spotted Sri Lankan spotted bear, and leopards. Hire a private guide for a thorough insight into the animals.

The Aman experience: Let Aman prove its mettle for an undisputed luxury hospitality experience. Request for breakfast in the safari and you’ll pull up to butlers awaiting your arrival next to an immaculate setup of linen-covered tables, complete with napkins, glassware, jugs of juice, and your own personal picnic baskets complete with a beverage of your choice.

Sri Lanka is the world’s fourth-largest producer of tea, so there is no way you can skip this. Take a trip back in time at this family-owned tea estate that dubs itself a working, living museum as it still utilises the same types of machinery and processes from centuries ago. Virgin white tea is what it’s most famous for. Legend has it that a Chinese emperor would employ virgins in silky gloves to cut the tea leaves with golden scissors into a golden bowl so that they would remain untainted up to the point it touches his lips. The estate echoes this practice, by having its pickers use white gloves to avoid contamination. Tour its premises to see how all of its tea leaves are plucked, have cake and tea at its in-house cafe, then finish with a thorough tasting before you pick up a box or two of Ceylon tea for home.

If you think you’ve been having pure cinnamon all this time, you’ve probably thought wrong. The ones you see in the supermarket are likely to be just cassia cinnamon, which is often heavily processed and can contain a toxic flavouring substance. The Cinnamon Experience will let you experience the real deal as you explore the plantation. You’ll learn how the herb is prepared, and even get hands-on by personally shaving down the cinnamon bark to prepare the strips. If time is on your side, work up an appetite for a big four-course lunch with cinnamon as its star, before winding down for a sunset tea that overlooks the gardens and hills over a cocktail. 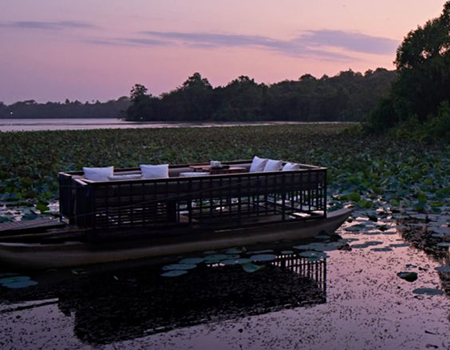 Our last morning was one to remember, as we were shepherded on board a floating lounge. We gently drifted along the Mawella lagoon as we dug into our individual picnic baskets, again, complete with napkins, glassware, and personalised coffee orders. We floated by blooming lotuses, trees of monkeys and bats, shores dotted with water lizards, and villages where children played.

Dinner in a mud hut

As if breakfast wasn’t enough, Aman sealed our love for South Sri Lanka with a secret dinner. Destination? Unknown. Bundled into a comfortable car, we arrived at a local residence where an elderly woman with a toothy smile looped floral garlands around our necks and guided us to the back of her house to a village mud house. Inside, Amanwella’s culinary team had prepared a feast of curries, roti, and sambol, cooked in clay cooking pots atop charcoal. Everything was served on clay plates and water was poured out of a clay pitcher. But in true Aman fashion, the table service was as elegant as ever, with our wine glasses continuously filled like clockwork. We couldn’t have asked for a more poignant sendoff from the beautiful South.