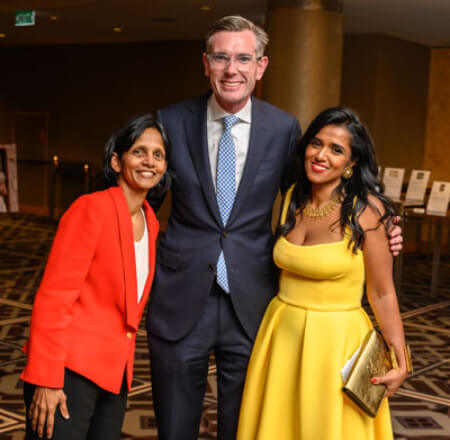 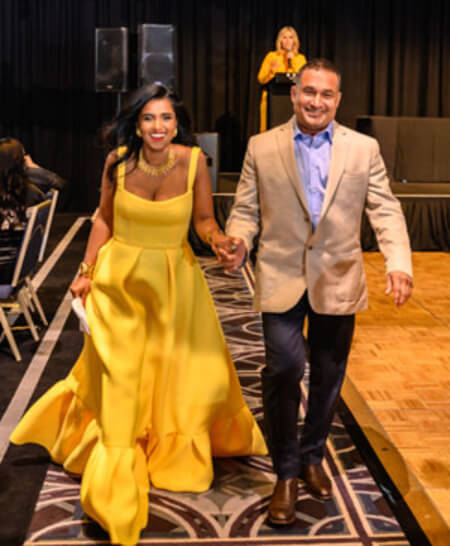 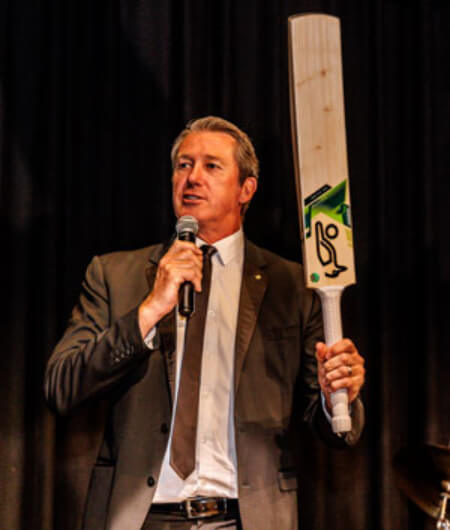 Under the gavel went exotic and unique items such as works of art, a piece from Limited Edition cricket memorabilia, a Best of Sri Lanka holiday package and a bat signed by a cricket great……..and in the audience were celebrities, all linked by their love for Sri Lanka’s children.

Four hundred Australians gathered on Tuesday night (August 23) at the Sofitel Sydney Wentworth for the ‘Love for Sri Lanka’ gala fundraising dinner to show they care. The funds poured in – AUD 300,000 (amounting to over Rs. 75 million).

The funds are to be channelled from UNICEF Australia to UNICEF Sri Lanka for nutrition, clean drinking water, healthcare, education and child protection for children and families in this country. UNICEF Australia’s Sri Lanka appeal went out as Sri Lanka currently has 2.3 million children in need of humanitarian assistance, impacted by shortages of food, medicine, safe drinking water and fuel as a result of the economic crisis, according to UNICEF.

The array of celebrity guests had included the Prime Minister of New South Wales (NSW), Dominic Perrottet and high-achieving lawyer and banker Shemara Wikramanayake. Born in England, Shemara is of Sri Lankan origin. She is the only woman Chief Executive Officer (CEO) in Australia’s 20 biggest companies and heads the Macquarie Group.

The dazzling event which included a special five-course Sri Lankan dinner and entertainment such as energetic Kandyan dancing, a comedy set by popular comedian Dilrukj and inspirational speakers had been curated by celebrity chef and restaurateur Peter Kuruvita and Eresha De Zoysa of Lord and Lion Spice Co., with the support of CEO Dilhan Fernando of Dilmah Tea.

Peter had been moved to organize the event because families in his motherland are struggling to feed themselves. Medicine, fuel and safe drinking water are in short supply and unaffordable, in the worst economic crisis the country has faced.

UNICEF Sri Lanka, meanwhile, had urged people to donate generously, pointing out that in recent months, food costs have risen 80% and more than two thirds of households have had to reduce their food consumption.

Pointing out that queuing for fuel and medicine means that some children are left alone at home without supervision for hours or have to skip school to stay with their parents in the queue, UNICEF has further stated that 93% of people in rural and farming communities are living below the poverty line. Poverty is projected to double in the next two years.

“Sri Lanka has the second highest rate of wasting in South Asia, among children under five, and nearly half the children in the country need some form of humanitarian assistance,” UNICEF has added.

Items that went under the gavel

Among the much sought after items of the 35 auctioned which drew AUD 104,515 are:Three Tea Pluckers – a Triptych by well-known Sri Lankan artist and sculptor, D. Raja Segar, who had made a special journey to Sydney for the event.Limited Edition Memorabilia Piece signed by Sri Lankan cricket greats Mahela Jayawardene and Kumar Sangakkara. This one of 400 pieces in honour of a World Record batting partnership between the duo on July 29, 2006, in the First Test against South Africa at the Sinhalese Sports Club, Colombo, had been created by Kingsgrove Sports Events, New South Wales (NSW). It had been donated by Harry Solomons, Managing Director Kingsgrove Sports Centre.Best of Sri Lanka All-inclusive Holiday Package for Two – conceived by the Fernando family of Dilmah Ceylon Tea fame, this is a stay at three of Resplendent Ceylon’s distinctive resorts – Ceylon Tea Trails in the hill country, Wild Coast Tented Lodge by the Yala National Park and Cape Weligama along with return airline tickets with compliments of SriLankan Airlines.

A Moment of Peace – A Rare Collector’s Tea from the Dilmah Family – one of 10 Limited Edition caddies of exclusive Single Estate Fine Ceylon Pekoe tea picked from the Craighead Estate, Nawalapitiya, in Sri Lanka.