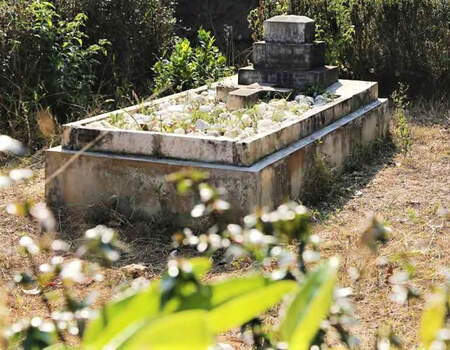 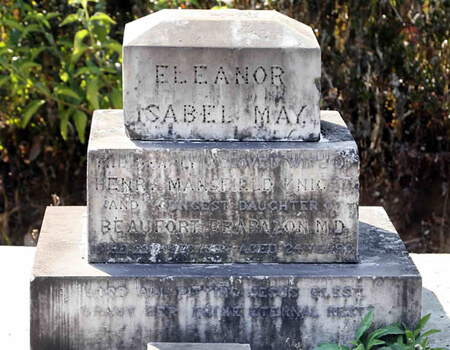 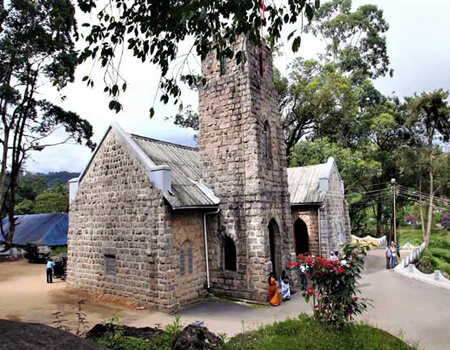 Though Eleanor’s family wanted her body to be sent to England, Henry refused so he could fulfil her last wish of being buried on Old Munnar hill.

While people from all over the world come to visit the Taj Mahal, built by Emperor Shah Jahan in memory of his beloved wife Mumtaz Mahal, Munnar in Kerala also gets its share of tourists to visit a unique church and its cemetery wherein lies a tomb built in a lover’s memory.

Constructed 125 years ago, one of the Church of South India’s early cemeteries has an endearing tale to tell visitors, who come even from far-off England.

Henry Mansfield Knight, who was the manager of the British tea plantation, built the church in 1911 after fulfilling the wish of his adored wife Eleanor Isabel May, who is buried on the hill where the church stands. This may be the first cemetery that was constructed before the church, telling the story of an immortal love story.

Munnar’s CSI Church and its cemetery can be called the state’s own Taj Mahal. British companies started tea plantations in Munnar more than 125 years ago. Henry reached Munnar as the general manager of the British tea planting company accompanied by Eleanor, his girlfriend.

The couple had fallen in love in England and their love grew further in the valleys and hills of Munnar. They got married in India in November 1894. Legend has it that every evening the couple would walk through Munnar admiring its beautiful environs. One day when they visited the top of the Old Munnar hill, Eleanor is said have playfully told Henry to bury her body on the top of the hill top after her death.

Unfortunately, Eleanor fell ill the next day and died of cholera at the age of 24 on December 23, 1894. Her family wanted her body to be sent to England but Henry refused so he could fulfil her last wish. Eleanor was buried on the hill. Later Henry and his friends built a church on the same hill.

The construction of the church started in 1910 and was completed in 1911. It was opened for the prayer on April 16, 1911. The church is located in Old Munnar, about a kilometre from Munnar town, and has a scenic view of hills and trees. The church was constructed using rough-hewn granite in the Scottish style. Most of the pieces for the church were imported from England. An old Bible and piano can be spotted inside the church. The church bell was also brought from England and is still being used. At first, prayers were said only in English and Tamil. Now the church has a Malayalam service too.

Many British men and women have been laid to rest at the cemetery of the CSI Church, which is now under the Cochin diocese of CSI. Eleanor’s grave is separated by wall of flowers. Last year, the church officials completed small repair works of the grave. Her name and date of death can be clearly seen on Eleanor’s grave.

Everyday many tourists, including foreigners, visit the church and cemetery. Some of the visitors from Britain are the third or fourth generation descendants of the tea planters, keen to learn about the lives of their ancestors.

“Every day many tourists come to visit the church. The descendants of the Britishers come looking for a whiff of history,” says Saju Joseph, a resident of Old Munnar.

Fr Praise Thaiparampil, former vicar of the Munnar CSI Church, says, “The church is a historic monument of the British tea planters who came to Munnar. The East India Company led the construction of the church. The church is also a memorial to the tea planting history in the Munnar hills.”