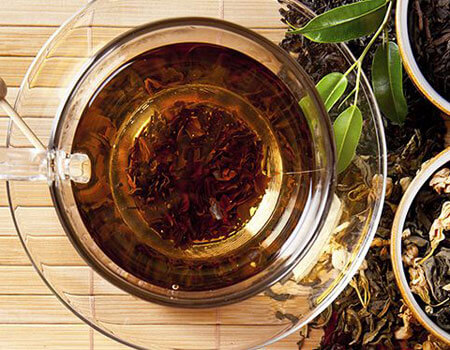 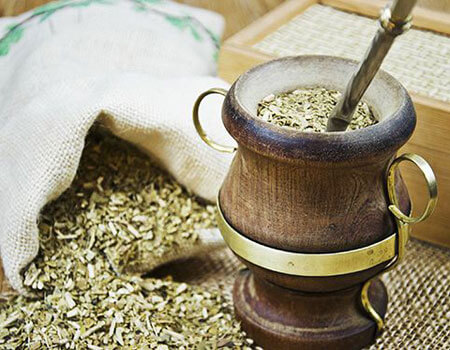 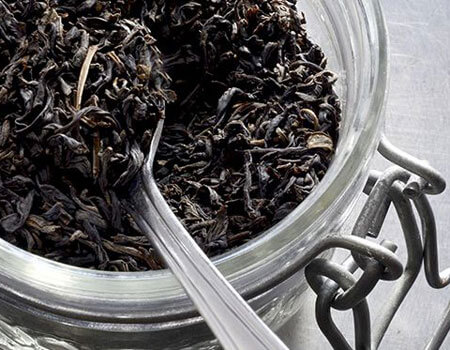 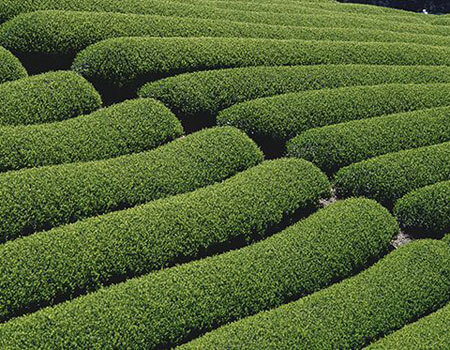 These countries lead the world production of tea, the 2nd most popular beverage in the world.

While coffee might seem to be the “go-to” drink for those seeking a hot beverage, the world actually runs on tea. Aside from water, tea is the most popular beverage in the world, and in the United States alone; tea imports have risen over 400% since 1990.

Popular for thousands of years, tea is believed to have originated in China as a medicinal drink. In the 17th century, it spread to the UK, establishing its hold there – and, judging by the British cultural institution that is the ‘cuppa,’ it has obviously maintained its popularity. If you need a bit of a pick me up, you can reach for a black or green caffeinated tea; to wind down after a long day, there are countless varieties of decaffeinated herbal teas.

With such a high demand, it is understandable that tea needs to be produced on a mass scale, and across the world in varied locations in order to cater to growing requirements for the plants required to make different varieties. Based on UN Food And Agriculture Organization statistics for global production from 1993-2013, here are the 10 top tea-producing nations in the world.

While tea is currently a significant part of Argentinian culture, seeds for Russian and Chinese varieties only arrived in Argentina in the 1920s. Low tea prices in the 1950s, as well as a government imposed import ban, made tea a slowly growing industry in Argentina, but eventually, due to the large nation's varied climate and geology, it became one of the top producers in the world.

Black tea makes up the majority of the tea produced in Argentina with the subtropical climate providing ideal conditions for growing hybrid Indian and Assamica variants. Mate, a traditional herbal brew, made from the leaves of yerba mate plant, is very popular in Argentina – and is, in fact, their national drink.

Until the end of the 15th century, Iran’s hot beverage of choice was coffee – however, its distant location from the main coffee producing countries meant that beans were hard to obtain. Tea was much easier to get in Iran, thanks to the overland trade link with China dubbed the “silk road.”

Tea became increasingly popular, and in 1882 with seeds obtained from India, Iranians began to cultivate tea in their own nation, spearheaded by Prince Mohammad Mirza, the first mayor of Tehran, also known as “Kashef al Saltaneh.”

Saltaneh, who was Iranian ambassador to India under British rule, knew that the Brits would keep their tea production secrets under lock and key, because it was one of their main businesses in India. Saltaneh went undercover as a French laborer in India, working on plantations to learn all the trade secrets, and then bringing some samples back to Iran. He planted them in the Iranian region of Gilan, and the tea industry was begun. Today, there are 32,000 hectares of tea farms, most being located on the hillsides.

Out of Japan’s four major islands, the climate and conditions on three are favorable to produce tea. Japan produces 85,900 tonnes of the stuff annually, and with many tea drinkers, despite their large production numbers, the Japanese export less than 2% of the thousands of tonnes they produce. Of the varieties they produce, about 99.9% is green tea, which is so common that it is the default option in the country.

Japanese green teas are predominantly steamed, with bancha being the most basic version. However, Japan’s green tea offerings are diverse, including sencha, genmaicha, and hojicha. 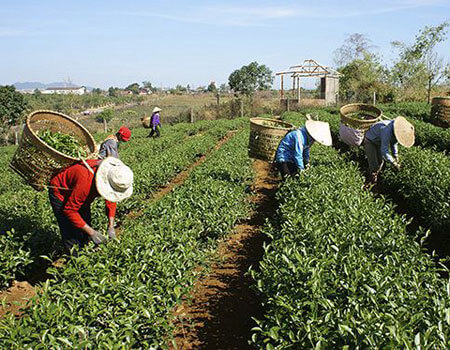 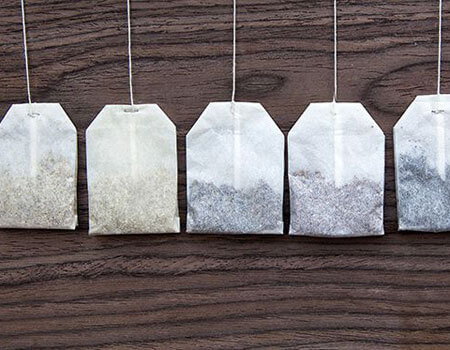 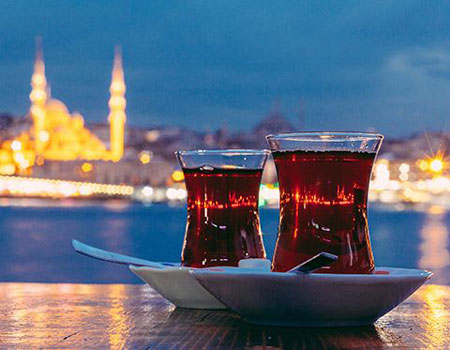 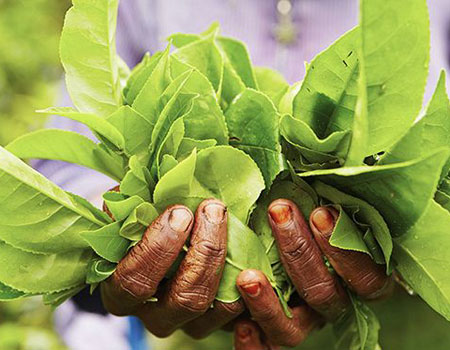 Tea production in Vietnam began in 1880, when the French developed the first plantation in Pho Tho. The industry quickly expanded, and within 50 years the Vietnamese were exporting their product to Europe and Africa. History intervened during the Vietnam war when Vietnam’s tea industry was understandably stagnant. In the 1980s Vietnamese production saw a renaissance and by 2013 they were producing 216,900 tonnes of tea per year.

The Vietnamese tea industry has both large-scale companies with modern technology and machinery, as well as small-scale independent producers who make limited quantities of artisan teas. The varieties produced are diverse: approximately 60% of the tea produced in Vietnam is cut-tear-curl black tea, 35% is green, and 5% is other specialty varieties such as lotus or jasmine tea. Vietnam also has a few special varieties such as Shan Tuyet, a tea made from indigenous trees found only in limited areas of the country.

Indonesians began tea production in the 1700s, having been introduced to the crop via Dutch colonialism. The tea culture didn't take off with the locales the same way it did with other colonial producers; In 2013, Indonesia produced 150,100 tonnes, however, 65% of that was exported from the country.

Indonesian production focuses predominantly on black tea, though small amounts of green are also produced. Additionally, many varieties grown here aren't well known globally, as much of the Indonesian crop is used in blends; mixed with other teas.

In 2013, Turkey produced 225,000 tonnes of tea leaf. Surprisingly, nearly all the crop grown in Turkey is produced within a small region located near the city of Rize. The wet climate, topography, and proximity to the Black Sea make for ideal growing conditions.

Turkey mainly produces black tea, also known as Turkish tea, as well as Rize tea. While Turkish coffee is world famous, tea culture in Turkey is also strong, and there is a very specific way of brewing it. Traditionally, Turkish tea is brewed in a samovar (self boiler), creating a concentrated brew, which is them diluted with water when served.

How does Turkey maintain such a strong industry despite not producing particularly unusual varieties? Mainly, their domestic market is protected with a very high 145% import tariff on foreign teas.

In 1867, British planter James Taylor started a tea plantation in the Sri Lankan city of Kandy. Merely 19 acres in size, he slowly grew the plantation and the industry as a whole, with his Ceylon exports catching the attention of "Sherlock Holmes" writer Sir Arthur Conan Doyle. The industry grew from the original plot to over over 188,175 hectares today, and tea production is now one of the island nation's largest industries, employing over a million Sri Lankan workers. 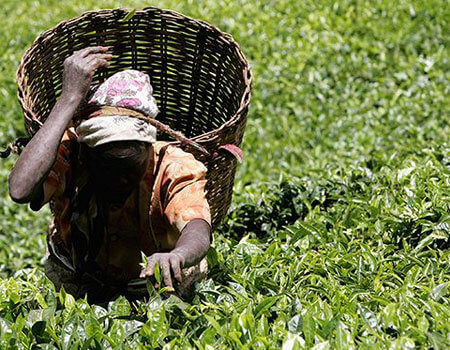 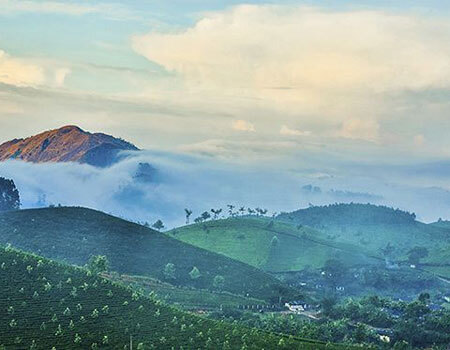 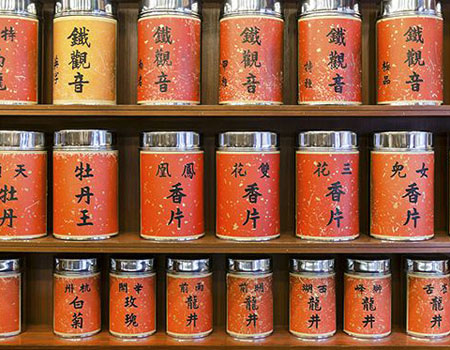 Unlike many of the other nations who produce large quantities of tea, Kenya does not have many large plantations – approximately 90% of the tea produced is grown on small farms of less than one acre. This is quite a feat, considering that this combined national agricultural project combined to create 369,400 tonnes in 2013 alone.

In order to keep up with competition, Kenya has shifted its focus to innovation, research and development in the industry. They’ve become leaders in developing new varieties that grow more abundantly, and those that are better able to withstand the weather conditions, as well as single-origin artisan teas.

India is the second largest producer of tea in the world, producing an average 900,000 tonnes each year.

The commercial industry began after Britain was introduced to tea from China. The British East India Company started converting plots of land in their East-Asian colony specifically for the purpose of tea production. India produces large quantities, which is important because they’re a nation of over one billion tea drinkers, with over 70% of the tea produced in the nation being consumed within the nation instead of exported.

One of the most recognizable teas to North American audiences are the spicy chai blends produced in North India, regularly consumed with milk. However, India also exclusively produces the popular Assam and Darjeeling varieties as well.

China is indisputably the largest producer of tea in the world, producing 1,700,000 tonnes in 2013 alone – a figure that was approximately 30-35% of the total amount produced in the world that year.

Its strong skills in production shouldn't be seen as a surprise, given its long history with the drink – legend has it that tea was introduced in China by emperor and herbalist Shennong in 2737 BCE. It has been consumed as everything from a beverage to a medicine, and is at the center of countless cultural rituals in the nation.

Several varieties are produced in China including green, oolong, white, pu-erh, yellow, and jasmine teas to name a few.