A stiff upper lip and an almost genetic love of tea are what makes the English English. Except that the latter was actually influenced by a Portuguese woman.

Imagine the most English-English person you can think of. Now I’m fairly certain that no matter what picture you just conjured up, that person comes complete with a stiff upper lip and a cup of tea in their hand. Because that’s what the English do. They carry on and they drink tea. Tea is so utterly English, such an ingrained part of the culture, that it’s also ingrained in how everyone else around the world perceives that culture.

"Tea is such an ingrained part of the culture, that it’s also ingrained in how everyone else around the world perceives that culture "

And while it’s fairly common knowledge that Westerners have China to thank for the original cultivation of the tannic brew, it’s far less known that it was the Portuguese who inspired its popularity in England – in particular, one Portuguese woman. Think about that next time you’re sipping steaming oolong from delicate mugs at the Ritz, or standing under the portrait of Earl Grey in the Victoria & Albert Museum.

Travel back in time to 1662, when Catherine of Braganza (daughter of Portugal’s King John IV) won the hand of England’s newly restored monarch, King Charles II, with the help of a very large dowry that included money, spices, treasures and the lucrative ports of Tangiers and Bombay. This hookup made her one very important lady: the Queen of England, Scotland and Ireland.

When she relocated up north to join King Charles, she is said to have packed loose-leaf tea as part of her personal belongings; it would also have likely been part of her dowry. A fun legend has it that the crates were marked Transporte de Ervas Aromaticas (Transport of Aromatic Herbs) – later abbreviated to T.E.A.

That last bit probably isn’t true (etymologists believe the word ‘tea’ came from a transliteration of a Chinese character), but what is for sure is that tea was already popular among the aristocracy of Portugal due to the country’s direct trade line to China via its colony in Macau, first settled in the mid-1500s (visit today to sample the other end of this culinary exchange, the Portuguese pastéis de nata, aka egg custard tarts).

When Catherine arrived in England, tea was being consumed there only as a medicine, supposedly invigorating the body and keeping the spleen free of obstructions. But since the young queen was used to sipping the pick-me-up as part of her daily routine, she no doubt continued her habit, making it popular as a social beverage rather than as a health tonic.

“When Catherine married Charles, she was the focus of attention – everything from her clothes to her furniture became the source of court talk,” said Sarah-Beth Watkins, author of Catherine of Braganza: Charles II's Restoration Queen. “Her regular drinking of tea encouraged others to drink it. Ladies flocked to copy her and be a part of her circle.”

Hot poet of the time, Edmund Waller, even wrote a birthday ode to her shortly after her arrival, which forever linked the queen and Portugal with the fashionable status of tea in England. He wrote:

“The best of Queens, and best of herbs, we owe To that bold nation, which the way did show To the fair region where the sun doth rise, Whose rich productions we so justly prize.”

To be fair, tea could be found in England before Catherine arrived, but it wasn’t very popular. “Waller is recorded drinking tea in 1657, which is a whole six years before Catherine turns up,” said Markman Ellis, professor of 18th-Century Studies at Queen Mary, University of London, and co-author of Empire of Tea: The Asian Leaf that Conquered the World. “He is a well-known aficionado for tea, which is unusual because it was so expensive and everyone was drinking coffee at this time.”

The reason for the cost was threefold: England had no direct trade with China; tea from India wasn’t around yet; and the small quantities that the Dutch were importing were sold at a very high premium.

“It was very expensive because it came from China and it was taxed very heavily,” explained Jane Pettigrew, author of A Social History of Tea, winner of the 2014 World Tea Awards’ Best Tea Educator and director of studies at UK Tea Academy. 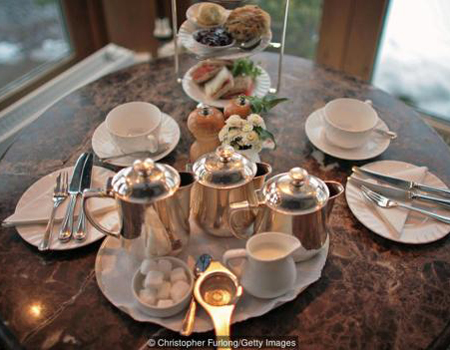 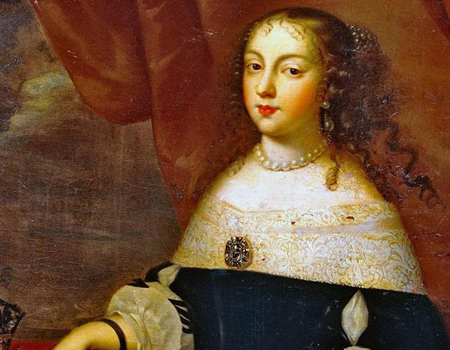 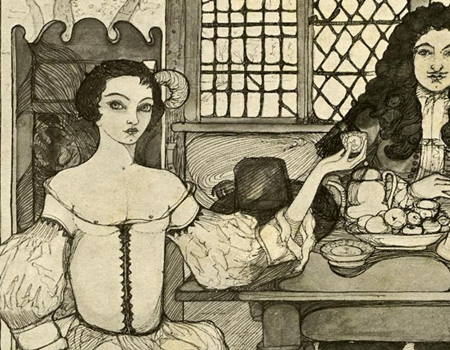 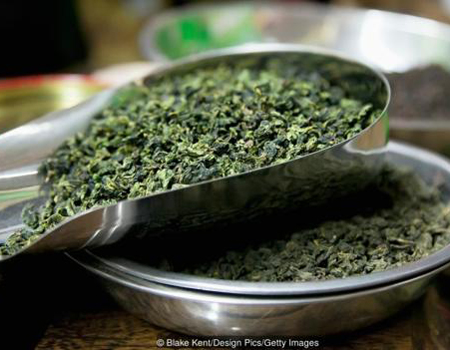 Indeed it was so pricey (a pound went for as much as a working-class citizen made in a year), that, according to Ellis, “it ruled out anyone but the most elite and wealthiest sectors of society. So tea became associated with elite women’s sociability around the royal court, of which Catherine was the most famous emblem.”

And what happens with famous people? Non-famous people imitate them. “When the queen does something, everyone wants to follow suit, so very, very gradually by the end of the 17th Century, the aristocracy had started sipping small amounts of tea,” Pettrigrew said.

Of course, the upper class didn’t invent the ritual of tea-drinking themselves – they were imitators too. As Pettigrew recounted, “Until tea arrived with the Dutch, we [the English] didn’t know anything about tea. No sugar spoons, no cups, no tea kettles (only kitchen kettles), so we did what always happens: we copied the entire ritual from China. We imported [Chinese] tiny porcelain tea bowls, the saucers, the dishes for sugar, the small teapots.”

Catherine’s home country had a hand in in popularising this aspect of the tea experience, too. “Portugal was one of the routes [by which] porcelain got to Europe,” Ellis noted. “It was very expensive and very beautiful, and one of the things that made tea drinking attractive was all the pretty stuff that went with it, like having the latest iPhone.”

Since it was so prized, porcelain was probably part of Catherine’s dowry, and, like other aristocratic ladies, she would have accrued many gorgeous trappings to pad out her tea sessions once she was living in England. Pettigrew explained, “She started it as an aristocratic habit in her palaces – very posh, very upper class, and so the ceremony that arrived from China was immediately associated with fine living. As soon as tea arrived, it had very strong connections to feminine women and very big houses, I suppose through Catherine, because the porcelain cost huge amounts of money. The poor had to make due with earthenware. So everything that was expensive had to do with the aristocracy. It’s the same as today: You buy expensive things to show how important you are.”

Eventually the lower classes transformed tea into a more egalitarian drink, but today, travellers to London can still experience the aristocratic pomp and circumstance at upscale hotels’ afternoon tea services, most notably at the Langham Hotel’s Palm Court in London (which claims to be the birthplace of afternoon tea), the famed Ritz London and Claridge’s.

You can find fancy tea events in Portugal too, but even there, the link to Queen Catherine is not well known. In the historic municipality of Sintra, though, one hotel is trying to change that. At the Tivoli Palácio de Seteais Sintra Hotel, general manager Mario Custódio is about to launch a special afternoon tea themed after Catherine in October. “In school we don’t get this [history],” Custódio said. “I had no idea. Even the Portuguese don’t know this.”

The area of Sintra, spread across lush green mountains about 30 minutes outside Lisbon, is a Unesco World Heritage Site, noted for its concentrated displays of European romantic architecture. The Seteais Palace, built in the 1780s by Dutch consul Daniel Gildemeester, is just one of several ornate, whimsical estate homes that dot the Sintra landscape; wedding-cake follies overlooking intricate, sprawling gardens and parks. Queen Catherine never lived here, but the concentration of old wealth and must-see mansions makes it the perfect place to reflect on what the lives of Portuguese nobility used to be like. You can easily imagine opulently dressed noblewomen gathering in opulently draped drawing rooms, clinking teacups and swapping news and gossip.

For Custódio, bringing these little-known bits of history to life is what makes the travel experience special and personal for visitors. “I’m trying to [present] these things that are very unknown because that is luxury today,” he said.

"If Queen Catherine gave you a gift of marmalade, she didn’t think that much of you"

The daily tea service (open only to hotel guests), will highlight aspects of the Portuguese connection to this genteel tradition. For instance, Custódio is working with a historian to serve the type of tea Catherine would have drank (Ellis thinks it’s most likely a green tea, as no tea came out of India until the 1830s, long after she’d passed away). Marmalade will also be part of the menu, as that’s another part of the Catherine of Braganza mythology that Custódio has stumbled across in his research. The tale goes that, since some of the best oranges in the world come from Portugal, Catherine had them shipped over to her new English home regularly. The ones that didn’t make the journey in top condition were turned into marmalade. Of course, whole oranges were a more prized snack, so if Queen Catherine gave you a gift of marmalade instead of oranges, it meant she didn’t think that much of you. 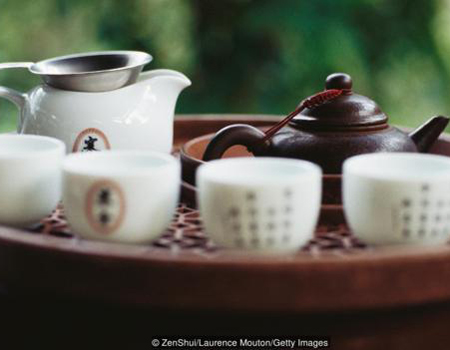 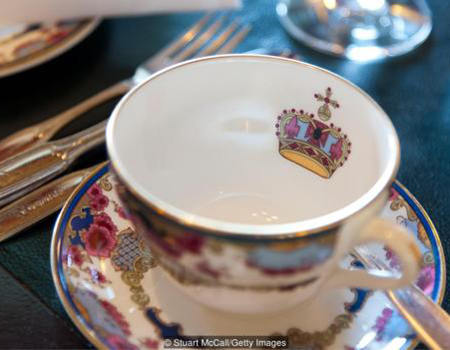 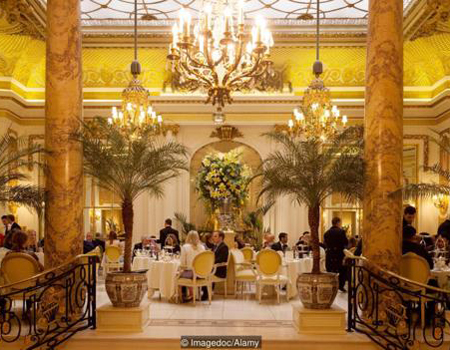 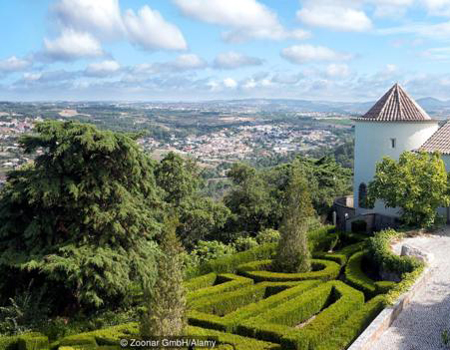 The spread at the Seteais Palace will come with no such judgments. Custódio is simply hoping that by mingling with visitors during the themed tea service and by gifting them with a small book – complete with QR codes for more photos, historical facts and fun stories – he’ll be helping to share some of the culture and colour of his home and reinforce the long-term influence of a little-known transplant queen.

“We Portuguese want to believe that Catarina was responsible for the tea. I don’t want this history to die.”