The Man from Ceylon, the Lodestar for Our Nation 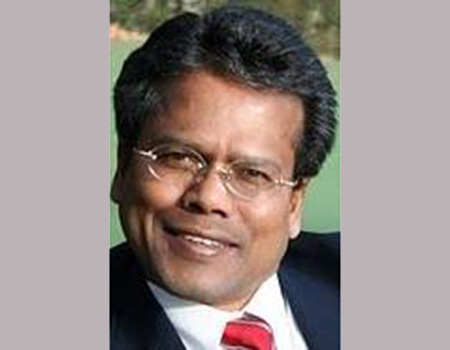 TAIPEI, Taiwan — In the early morning of April 20, I awoke in Taiwan to a dreaded phone call from Minnesota to learn about the passing of Walter “Fritz” Mondale, the former vice president to President Jimmy Carter. Born in Ceylon, a small town in southern Minnesota, Mondale lived to 93 — having served as a Minnesota attorney general, United States senator and ambassador to Japan.

Indeed, Vice President Mondale and I hardly had anything in common — except we were destined to share history through Ceylon and Taiwan.

Like Mondale, I was born in Ceylon. Mine was a British colony, which later changed its name to Sri Lanka in 1972. Ceylon, Minnesota, has its own British legacy. A group of local men ran out of beer one wintry night and found out that liquor in the general store in Chanhassen sold out. Their disappointment led them to purchase “Ceylon tea,” thus, happily renaming Chanhassen to Ceylon in 1899.

A friend of Mondale’s, the late Edward Burdick of the Minnesota House of Representatives, who “adopted” me when I studied at the University of Minnesota, jokingly suggested that I asked “Fritz” to replace the name of his birthplace to Sri Lanka. When both Mondale and I received the Humphrey Leadership Award from the university in 1986, I asked him about it. With a smile, Mondale recommended that “Eddy” and I write to the city manager of Ceylon.

I first met Vice President Mondale in 1979 when I visited Washington, D.C., after attending Perham High School in northern Minnesota on an American Field Service (AFS) scholarship. At that time in Washington, I also met with Republican Sen. Rudy Boschwitz and later served on his staff in the Senate Foreign Relations Committee. I also worked as a volunteer on the Mondale-Ferraro presidential campaign against President Ronald Reagan in 1984.

Despite their political differences, Boschwitz and Mondale personified the idea of “Minnesota Nice” that I experienced while living with Perhamites. Always down-to-earth, Mondale’s work ethic and niceties made him a quintessential Minnesotan.

Unlike his political opponents, Mondale always told the truth like George Washington, demonstrated kindness like Benjamin Franklin, spoke with egalitarian worldview like Thomas Jefferson, and was a self-made man like Alexander Hamilton — a prized amalgamation of the true sense of Americanism that is rarely visible today.

Mondale played a critical role in the shuttle diplomacy between Beijing and Washington when the United States severed its historic ties with Taiwan for China after the signing of the Taiwan Relations Act (TRA) in 1979.

To counterbalance the Soviet Union, the Carter-Mondale administration switched diplomatic recognition from the Republic of China (Taiwan) to the People’s Republic of China in Beijing, confirming the status of the island as part of the “One China” policy. The TRA established the non-diplomatic “American Institute in Taiwan” to manage trade, investment, and cultural exchanges with “the province of Taiwan.”

While visiting Beijing, Chinese Vice Premier Deng Xiaoping complained to Mondale that the TRA made Taiwan President Chiang Ching-kuo “very cocky” and “caused his tail to raise very high.” Mondale replied, “I will report that to the president (Carter), and we will try to make him less cocky.” Trusted by everyone, the vice president served as an honest broker in delicate negotiations.

Moreover, when Deng remarked to Mondale that “You do not smoke nor do you drink very much,” and inquired about his secret, Mondale replied: “I have absolutely no vices. I will also tell you the truth later,” causing laughter to erupt across the press corps audience.

The TRA remains the most consequential of Mondale’s many diplomatic engagements.

Mondale believed in servant leadership. He also had the conviction that the representative government should be as good as the American people.

He taught us that we are simply the passing custodians from one generation to another. His servant leadership and Christian faith revived the founding vision of a ‘civil religion’ for the destiny of the republic.

In all, Mondale was an illustrious public servant. Chinese philosopher Confucius said that “he who exercises government by means of his virtue may be compared to the north polar star (lodestar), which keeps its place, and all the stars turn towards it.”

As our founding fathers, this Confucius-like wise man from Ceylon will forever be our nation’s genuine lodestar.

Patrick Mendis, a former Taiwan fellow of the Ministry of Foreign Affairs, is currently a distinguished visiting professor of culture and diplomacy at the Chinese Culture University in Taiwan. He served as commissioner to the United States National Commission for UNESCO at the Department of State and the first recipient of the International Confucius Award.