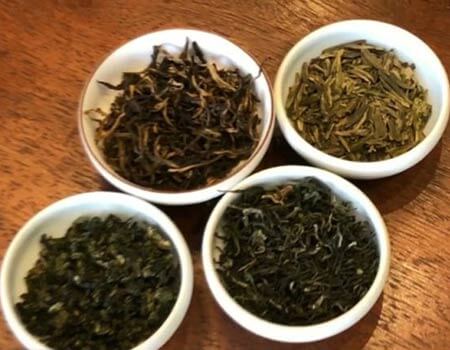 Tea is enjoyed around the world, and that includes Brazil. All of it can be traced to China, as the Chinese were responsible for the global spread of the camellia sinensis, the original tea plant.

“There’s a legend in China that connects the origin of the tea to mythical figure, a pre-historic character that would have discovered the camellia sinensis and began to gather and use this plant about 5,000 years ago,” said João Campos, a Partner at Chá Yê Tea House

“Only about 1000 years ago the tea crossed the borders of China into Japan. And it arrived in Europe only in the 17th century. So it’s a 5-thousand-year history and most of it restricted to China.”

The camellia sinensis arrived in Brazil in the early 19th century when Emperor Dom Joao the 6th brought 500 Chinese tea-farmers into the country from Macao, then a Portuguese colony, like Brazil.

Tea plantations reached its peak in Brazil in the 1930s, and currently the country’s production is concentrated in the countryside of Sao Paulo state.

Campos fell in love with tea a few years ago, and he often travels to China to bring the best varieties back to Brazil and to continue his education.

“We want to bring to the Brazilian people and to the Brazilian market this view of the importance of tea for China,” Campos said. “Every year we take a group of 10 to 15 people on a trip to the Chinese countryside, to meet tea masters. That’s something you do if you are really interested in this culture.”

Campos partnered with a friend to open a tea house in Sao Paulo and promote a tea-drinking culture.

“Brazilian producers that only made lower quality tea, for cheap exports, are now realizing they can do better, process the leaves correctly and get a product of higher added value,” said Caio Barbosa of Chá Yê Tea House

The shop began small but quickly attracted loyal customers, and it is a fine example of how promoting cultural exchange can also lead to good business.