"There is no question that climate change is happening: the only arguable point is what part humans are playing in it" - David Attenborough

The above quote truly nails the role of humans in hastening destruction in the name of development and watching helplessly as nature unleashes its fury. Nature’s retaliation is reflected in rising sea levels, melting polar shields, heat waves, dust storms, drought and floods—all extremities of weather that destroy life, wipe out nations and condemn millions to a life of poverty. Dust storms across several states in North India and some southern states in the first two weeks of May this year are part of a worldwide phenomenon linked to rising temperatures on the Earth's surface. 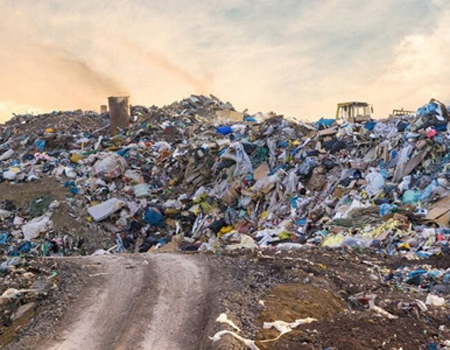 Experts point out that the intensity and frequency of sandstorms are set to increase across the world with studies in the American Mid-West, The Middle East and the Sahara desert attributing this rise to increased surface temperatures on earth. Deputy Director General at the Centre for Science and Environment (CSE) Chandra Bhushan foresees several anomalies in weather conditions in future. "The temperature gradient will go up as the climate gets warmer and we will witness sandstorms of greater intensity and this is definitely linked to climate change," he says.

Depleting forest cover, mangroves and building activity that is destroying the Aravalli ranges have ensured that there is no barrier to prevent sandstorms coming from the Saharan region and blowing across Gujarat, Rajasthan and Delhi according to experts. Climate change is the biggest environmental challenge of this generation. It is the direct consequence of development that is depleting our natural resources and triggering a reaction that is too vast for the human race to handle.

The threat is even more real for countries whose economies are largely dependent on agriculture. For a country like India just two years from now in 2020 the pressure on water, air soil and forests is expected to be the highest in the world. A World Bank report placing it among the countries most vulnerable to climate change is worrying as it has a large population relying on natural resources for livelihood.

With very few occasions where rainfall is adequate for agricultural growth, the Indian farmer will have to contend with the crisis like situation which has been a part of his life for decades and only shows signs of worsening with time. India which is a signatory to all Global Conventions on climate change has eight missions to tackle climate change under the National Action Plan on Climate Change (NAPCC).

The advisory council for climate change chaired by the Prime Minister of the Country supervises the work done on enhanced energy, Green India, sustainable habitat, water mission, Himalayan Eco-System and other aspects related to the environment which impact climate change. All these missions are supposed to work on maintaining the balance in the environment which is being systematically destroyed in the name of development. These missions are largely viewed by environmentalists as actions aimed at convincing International organisations of their efforts as signatories to climate change rather than halting the loot of natural resources by industries and big-ticket projects.

Deforestation, mining activity, major dams, temple tourism and rapid urbanisation spell doom and disaster according to environmentalists and experts who are saddened by the fact that no political party in the country is committed to the conservation of the environment. Alarmed by the rapid depletion of forests by an organisation called 'Green Alliance for Conservation of Nature' has toured the regions under the Eastern Ghats conducting an extensive study of the forest areas under the region.

As a result of seven years of research, the group which has several experts on its panel came up with a detailed book defining what development really means, how it is being destroyed by human greed and ways to tackle the impending crisis. "We were shocked to see the extent of deforestation in Tirumala and Srisailam, which are being ruined by development works undertaken under temple tourism."

Orissa has been ripped open by mining and the tree filled valleys of Ooty are all gone making way for construction of houses that spell doom for the natural habitat here. A hedge plant called "Lanterna" imported from Britain has destroyed all other native plants in the vicinity. What's worse, the Forest Development Corporation floated by the government has been encouraging rubber, eucalyptus, coffee and tea plantations which are mono-cultivation plants that destroy biodiversity in these regions.

We no longer have butterflies and birds here. These plants are grown using a lot of pesticides and require enormous amounts of water depleting the groundwater in the area," says Dr T Purushotam Reddy environmental activist and expert from the Green Alliance. The book will be distributed to Members of Parliament from the Eastern Ghats region in June and copies are being sent to all agencies of the United Nations to bring focus on environmental issues that are a major factor in climate change and possibly initiate some positive action.

Environmentalists opine that we are on the brink of disaster where clean air and water will be a thing of the past. We are paying for the lopsided planning of the government which does not take into account concerns of public health and the effect of climate change on the common man warns eminent environmentalist BV Subba Rao. "Rising temperatures and depleting resources make the life of people working at construction sites, agricultural labour and those who eke out a living by fishing miserable.

Non-availability of water destroys holdings of small and marginal farmers and rising temperatures in the seas kill fish and other sea organisms impacting the entire eco-system. Unless government policy looks at ways of conserving and protecting our natural resources, we will leave behind a miserable world for our future generations," he warns.

One of the major environmental concerns that policymakers are overlooking is the construction of big dams and lift irrigation schemes that are detrimental to the environment avers Dr Purushottam Reddy. He cites the example of Telugu states, which are constantly harping on major projects like Polavaram and Kaleshwaram that involve crores of rupees overlooking simpler, cost-effective methods.

Late T Hanumantha Rao’s 'four waters concept' is a simple and reliable method of conserving rainwater and improving the groundwater table by harvesting available runoff (rainwater, groundwater, underground water and soil moisture) in rural areas. The main emphasis is on the utilisation of rainwater by storing it below the ground and using this groundwater to raise three crops. In this method, trenches are dug along contours allowing rainwater to get stored in furrows.

About 25 per cent of rainwater stored in this manner, percolates and recharges the groundwater. The watershed at Gottigaripalli in Medak district irrigated three crops using this method with a mere 15,000 per hectare compared to that of a major new irrigation project that costs Rs 8 lakh per hectare. For all the benefits that natural and cost-effective methods promise governments prefer contractor driven projects that come with their commissions. "Our lakes and rivers are running dry and are encroached.

Erratic rainfall has become a curse for our farmers. The impact of climate change is bound to be harsh and cities like Bengaluru and Hyderabad where urbanisation is rampant may have a Cape Town like experience if they remain complacent," Dr Reddy sounds the alarm bells

Cape Town, which experienced drought regarded as the worst in recorded history may go down as the first city in the world to run out of the water –which scientists clearly attribute to climate change and state that it may not be the last. Mexico City, Sao Paulo and London could all be at the risk of running dry if rainfall is low. According to the United Nations climate change report, population growth and consumption will result in two-thirds of the entire global population facing a lack of sufficient resources by 2025.

Extreme conditions may become the new normal as global warming brings unpleasant surprises all over the world. Awareness of climate change and steps needed to reduce carbon footprints need to become part of government policy before it is too late. Restoring water bodies, reducing the use of machines, and harmful chemicals and spreading green cover are efforts to tackle climate change that need to become a priority in government policies to tackle this huge problem.

Every citizen should be concerned about the dangers of climate change and incorporate lifestyle changes, invest in rainwater harvesting structures at home, reduce the use of plastics and harmful chemicals and plant trees wherever possible. Using carpools, turning off fans, AC's and electronic gadgets and walking to nearby places can be changes that individuals can incorporate into their lives. It is time we revert to the ancient tradition of revering the "Pancha bhootas" (five elements) as our ancestors did. It is only the delicate balance of elements in nature that sustains life and we can ignore them at our peril.