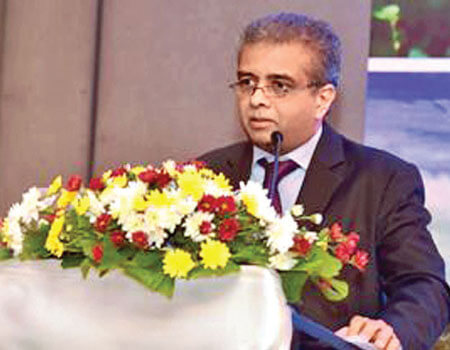 “Technology and modernization have provided levers for value chain transformation. Evolution of technology defines competitiveness. Plantation sector will need to play a critical role in re-calibration.

Radical transformation thus is nexus of public and private sector contributions. Modernization will however fail in isolation of policy reforms and workforce re-engineering,” said The Ceylon Chamber of Commerce Chairman Dr Hans Wijayasuriya at the 165th AGM of the Planters’ Association of Ceylon.

Dr Wijayasuriya harped on Sri Lanka’s economy, the roles plantations in specific and exports in general will need to play in the emerging phase of the country’s economic trajectory.

“I believe technology is an empowering tool. If used correctly it will make winners. Industry 4.0 or industry revolution 4.0 is the fourth phase of mechanization in cyber physical strength and we must adapt these standards”, he said.

“We are at a critical juncture in Sri Lanka’s economic trajectory. We have been stuck in three to five percent growth region for the last few years. Many countries tend to get stuck in the middle-income trap. Imports exceeding exports, having to borrow to fund infrastructure investments, consumption exceeding output, low productivity, zero innovations, depending on exports of conventional products without revamping them, are some factors contributing,” he further stated.

“Decades back we sought the true potential of technology in the mobile phone industry. I was heading a company which was last entrant to that sphere and the weakest in terms of its capability, capital and market share. We as a team identified the problem we were setting out to solve.

Mobile phone was a device and an empowering tool but it was limited in its affordability to a very small segment of people.

The challenge was to bring out the true potential of technology. In that context we structured business plan and performance trajectory for Dialog which made it a market leader within three years”, added Dr Wijayasuriya.

Sunil Poholiyadde was re-elected as the Chairman of the Planters’ Association of Ceylon.