Teardrop in the Indian Ocean 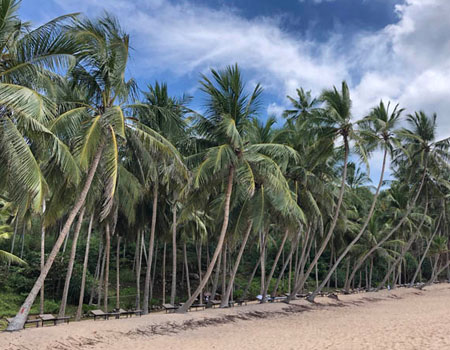 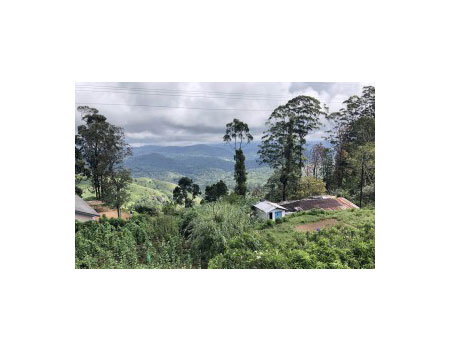 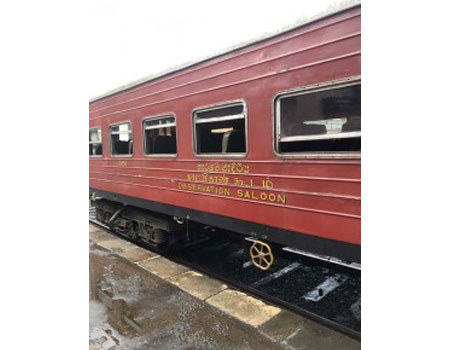 The blistering heat of Colombo is offset by the beauty of tea plantations, beachside resorts, emerald reservoirs and Dutch architecture in the last part of this series on travels across South-East Asia

There were times in our travel when big cities rewarded us with unique insights and irreplaceable experiences, serving us food we could never get at a beach resort, showing us unfiltered scenes of a place that existed for its residents and not for tourists. Colombo, however, did nothing of this sort. It chewed us out, wore us down, and left us running for a smaller destination.

My account does nothing to diminish how vibrant or energising the city might be for its residents or other tourists. Big cities are simply polarising and everything about Colombo—the blistering heat of the day, the inexplicable blandness of mainstream restaurants, and the odd eccentricities of our Airbnb host—left us exhausted. We sought refuge in air-conditioned galleries and hotel courtyards, looking out to glorious Indian Ocean sunsets, feeling both relieved and ashamed to be hiding away.

After four days in Colombo, we took a train to Galle, a fort city near the southwestern tip of the island. We arrived in tourist haven—carefully appointed restaurants styled with refurbished wood, hotels with Instagram-worthy doors, ancient ramparts for languid sunsets. It was shamefully kitschy, and we revelled in it for three days.

We were beginning to realise that much had changed in the short flight between Myanmar and Sri Lanka. While Myanmar lies in blurry territory between South Asia and Southeast Asia, Sri Lanka is firmly part of the former. Regional boundaries can be arbitrary but in this case, we were able to identify various things that set Sri Lanka apart from the rest of our route. The food, unsurprisingly, was very different—soups and noodles replaced by rice and curry, the smell of curry leaf permeating all spaces. Culture grew more private, with gated houses, shuttered windows, and closed doors dividing outer and inner worlds.

As a Pakistani, I felt myself uniquely aware of these differences. It seemed as if I had moved much closer to home and was able to identify and diagnose social scenarios with a nuance I had not possessed in Southeast Asia. I noticed the studied takalluf of our Airbnb host—her delicate pours of tea and self-effacing small talk—and thought of the manners of middle-class Pakistan. I ate curries that tasted almost like home, but not quite. Most of all, I constantly saw the common thread that defines modern-day South Asia—the legacy of British colonialism.

Sri Lanka has been attractive to outsiders for a very long time. It was once a trading hub prized by Arabs, whose influence shows in the island’s sizeable Muslim population and crowded Muslim hotels. Many names hint of Portuguese ancestry—in the 1500s, the Portuguese forced thousands of people to be baptized and change their last names to De Silva, Pereira, Fernando, and so on. Dutch influence is visible in landmarks such as the Old Dutch Hospital in Galle, now a renovated building selling hyper-expensive sushi. Yet, in today’s Sri Lanka, no external influence seems as profound and pervasive as that of the British Empire.

Sri Lanka was the first country we visited where we got no use out of our hastily learned local greetings. Everyone spoke English and all signs were written in the three main languages of the island­ : Sinhalese, Tamil, and English. In Galle, we visited the historic cricket stadium, built during the British period and widely considered to be one of the most picturesque grounds in the world. While travelling around the island, we made frequent use of Sri Lanka’s famous railways, accidental gifts of empire that are now widely popular travel options. The train journey between Ella and Kandy is particularly mesmerizing, moving past vista after vista of hilly plantations so green that they bite the eyes. We crossed several tunnels and the uniformed children sitting next to us howled with fear and delight each time, making me deeply nostalgic for childhood school trips.

The legacy of the Raj can be seen at its finest in Sri Lanka’s tea country, where dozens of colonial-style guest houses promise rainy walks during the day and solitude by the fireplace at night. We stayed in a humbler hotel that had few bells and whistles but an incredible location, surrounded by plantations and views of the famous Adam’s Peak. In the evenings, the hotel’s chef made us fresh food that reaffirmed our faith in Sri Lanka’s diverse and complex cuisine.

During the day, we visited waterfalls and emerald reservoirs edged by red mud, rushing under the cover of a tuk tuk as soon as the afternoon downpours started. We visited a tea factory to see how carefully plucked leaves are grounded, rolled, and roasted into powder for the world’s greatest beverage. Sri Lanka is one of Asia’s biggest tea exporters and its plantation country was perhaps the most beautiful place we visited in our time abroad. Yet, the Sri Lankan method of tea preparation always left me wanting something stronger. I’m not one for jingoism but the fact holds: there is no chai but chai, and Sri Lanka’s faint, British-style approximation is a mere shadow of it, the gastronomical equivalent of someone whispering the word “chai” in the opposite corner of a room.

In the rest of our time, we visited the southern coast of Sri Lanka, home to some of the world’s most beautiful beaches. Unlike our destinations in Southeast Asia, Sri Lanka is not a backpacker country filled with gap-year wanderers from Northern Europe. It is easy to see why; the southern coast, filled with manicured resorts built next to shimmering waters, is more attractive for young families and honeymooners. We were more than happy with the composition of our fellow tourists—no child’s screech is as annoying as a German backpacker bragging about his latest bargain souvenir.

We left Sri Lanka in awe of its racial, linguistic, and religious diversity. We left with the green of the plantations branded forever in our minds. Most of all, we ended our adventures through Asia overwhelmed by all that we had seen, all the people who had opened their houses and dining tables to us, all the ways of living they had shown us. During our time on the road, we heard many people repeat the phrase, “Same same, but different.” At the end, we decided to make that the motto for our travels. We had seen countless temples, held giggling half-conversations with innumerable people, finished plate after plate of curry and noodles. Over time, these would all congeal in our memories as a single swath of time, each event appearing to us as same same, but different.