Tea Talk To pluck, or not to pluck 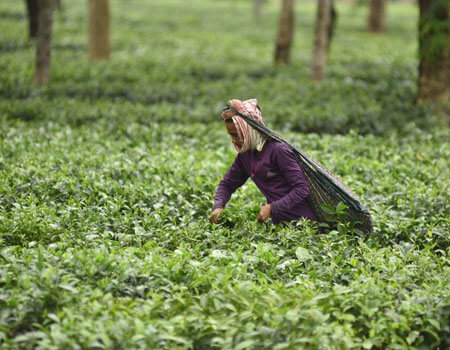 None can deny that the Tea Board of India has taken strong steps to ‘streamline’ planters and small growers, with a view to maintaining quality tea production in the world market, by setting up a cut-off date to stop plucking green leaves and marking the dates for resumption of the same next year.

Tea Board officials led by its new chairman, AK Ray, took such a step based on complaints related to poor quality tea manufacturing and trading during the lean season after studying the market through interaction with stakeholders, including small tea growers.

A section of small growers (though some other small planters do not follow the basic system of plucking of green tea leaves and other norms related to the use of fertilizers and pesticides in North Bengal) alleged that some manufacturers and traders engaged in packaging sell poor quality tea by adding different fragrances.

The Tea Board of India took the decision to stop plucking on 15 December 2018 and asked planters and small growers in Bengal and Bihar to begin plucking from 11 February 2019.

Though some planters described the move as ‘historic’, some others in the Terai and the Dooars region are facing problems as they are habituated in their own culture of green leaf production even in January. Virtually, some planters and manufactures of green or orthodox tea have approached the Tea Board and urged it to reconsider the matter on merit. They were prompted to take the step following ‘special consideration’ for tea plantations in Assam.

A professional associated with a leading tea company, which procures huge quantity of CTC and orthodox tea from north Bengal and Dooars, said that his company will procure tea in January 2019 if manufacturers can produce quality tea that time.

Significantly, for northeastern states, the Tea Board has mentioned: “In the event of any incident, if early cropping due to favourable weather conditions/ other factors and starting of manufacturing before the above timeline by any manufacturer, it must be brought to notice of the undersigned prior to commencement of such activity.” Planters in north Bengal have also discussed early cropping even in the Dooars and the Terai.

Notably, there is no specific order for tea production in Sikkim state, according to an official. Sikkim follows the Darjeeling system.