Tea Promotion Campaign to be Launched in 12 Countries

A tea export promotion campaign will be launched in Russia next month followed by China in the first quarter of 2019 to position Ceylon Tea in the global market which has a demand for quality teas, Sri Lanka Tea Board (LSTB) Chairman, Lucille Wijewardena told the Businass Observer. 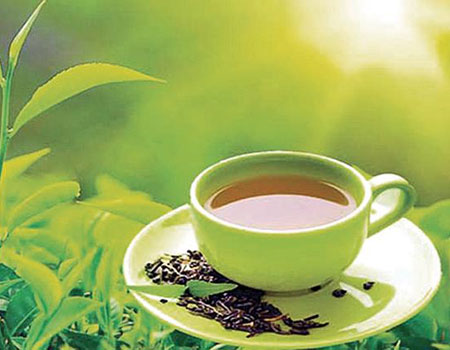 The Rs. 3.5 to 4 billion tea promotion campaign to create awareness of the uniqueness of Ceylon Tea which was in the back burner for some time has been given a kick start aiming at positioning the brand in key markets across the globe.

‘This is a generic campaign targeting awareness on Ceylon Tea which will not have an immediate impact on export earnings. However it will have an impact in positioning the brand across key markets which will in the long run boost export income,’ Wijewardena said.

The tea promotion campaign will be conducted in 12 counties over a period of three years.

In a move to raise crop yield the SLTB along with other institutions has launched a replanting and refilling program that will give an additional yield of 15 million kgs over the next four years.

According to the SLTB chief Rs. 2 million per hectare will be invested by the industry to replant 4,000 hectares of tea over the next four year.

‘The SLTB with other stakeholders of the industry will support the program in cash and kind,” Wijewardena said.

Industry experts said the full-year forecast for tea production may have to be revised following the drop in production by 14 percent in August from the same period last year due to a prolonged drought.

However the Tea Board expects the crop output to increase in the coming years following the launch of the replanting and refilling program.

The use of Glyphosate the controversial weed killer is expected to boost yields in the coming years following the application of the weedicide from next month on tea and rubber plantations.

“The first consignment of Glyphosate is expected in the country next month and then onwards it will be available in the market to be used on tea and rubber plantations,’ the SLTB chief said.

The issue Sri Lanka had with Japan on the MCPA residue levels according to Wijewardena will be sorted out soon.

“The plantation minister held discussions with the health officials of Japan and these discussions have been very positive,’ Wijewardena said. The Japanese health ministry imposed a default Maximum Reside Level (MRL) of 0.01 on MCPA, a widely used weed-killer in plantations as a temporary move until exporters come up with a standard MRL.

‘The SLTB has proposed to the Colombo Tea Traders Association (CTTA) to set up under a private public partnership a testing laboratory where the SLTB will also support with equity and other resources,” Wijewardena said. SLTB expects tea export earnings to be around US$ 1.5 billion this year and targets $ 1.7 billion in 2019. “Export earnings will grow over the next four years due to the impact of the promotional campaign,” Wijewardena said.

Tea has been one of the primary foreign exchange sources for Sri Lanka accounting for around two percent of the GDP with an export turnover exceeding US $1.5 billion.

The industry held mostly by smallholders employs, directly and indirectly over 1 million people. Sri Lanka which was once the leading tea exporter has been overtaken by Kenya.