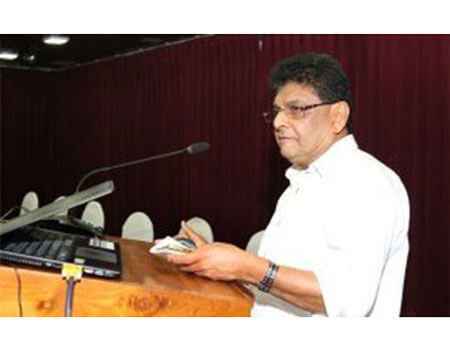 Tea exports are set to reach their revenue target for the year 2020, despite the interruptions from the Covid-19 pandemic and the gradually decreasing trend in tea production.

Speaking to The Sunday Morning Business, Sri Lanka Tea Board Chairman Jayampathy Molligoda stated that the Board is confident that they would reach their annual target of $ 1.24 billion and has not made any serious revisions to their original target for 2020.

“While the current revenue target is reachable, we have a few concerns with regard to the gradual decline in tea production each year,” said Molligoda.

For the last five to six years, there has been a decline in the total production of tea in Sri Lanka, with tea production in 2015 being 326 million kg while in 2020 it is estimated to be around 290 million kg. Molligoda explained that this was mostly due to adverse weather conditions and the lack of tea nursery development, making it one of the Tea Board’s primary concerns.

“If we do not have the correct amount of quantity and production, our exporters may not be able to market our tea globally.”

Despite this, he stated that the Tea Board has already launched their global tea production and marketing campaign, which is set to cover 12 countries including Russia, Ukraine, and other key markets. This new campaign has now been slightly tweaked post Covid, based on the current demand for digitalisation.

The campaign is mainly focused on three unique selling points inherited by Ceylon tea. According to Molligoda, the main selling point for local tea is its authenticity, as international consumers demand genuine products in the current environment. The second and third selling points of Ceylon tea are the health and wellness aspects attached to it. He stated that consumers are now demanding more nutritious foods and beverages, and will not mind paying a premium price to do so.

Furthermore, he stated that their global promotional campaign is currently using social media as well as the Sri Lankan embassies and foreign missions to penetrate the international market more effectively.