Home>Publications & Articles>Articles>Media Articles>Tea is just what the cold weather ordered (and it might do your diet good, too)

Tea is just what the cold weather ordered (and it might do your diet good, too) 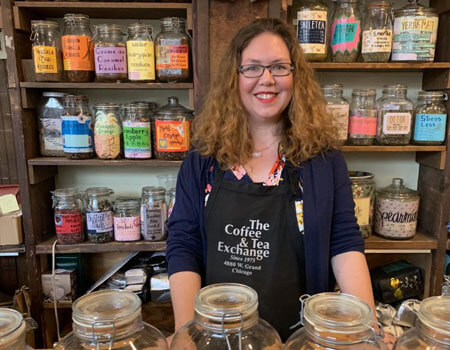 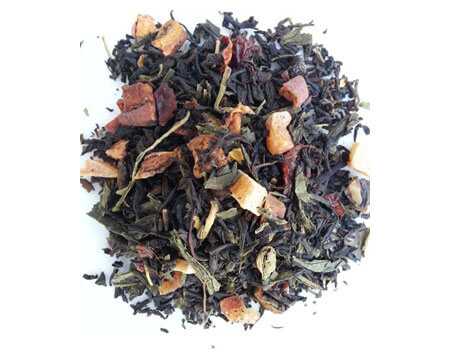 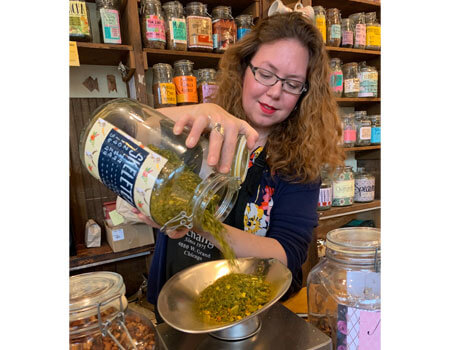 Now that snow and icy winds have hit Chicago, what could be better than drinking hot tea next to the fireplace?

The warming scenario gets even better: January is National Hot Tea Month – when tea promoters tout studies showing that drinking tea could be the answer to everything from strengthening your memory to maintaining heart health to whittling your waistline to promoting higher levels of good cholesterol.

Two local long-time tea sellers and blenders say first things first: Yes, they believe in tea’s powerful antioxidants and energy boost, but they say Chicagoans also demand a brew that tastes great without additives. After all, adding sugar or milk negates tea’s health benefits, and it still takes some persuasion to get coffee drinkers to switch.

Lori Watts-Branch, a former architect who started her own artisan tea company, SenTEAmental Moods, 12 years ago, has gained a following with unique mixtures and fun names such as “Chicago Passion,” a blend of black and green teas flavored with locally grown apples as well as papaya, passion fruit and sunflower petals.

Another of her popular blends is “Southern Comfort” – a black tea from Kenya mixed with locally grown sweet potatoes and a pinch of cinnamon and vanilla. The tea blends are the result of Watts-Branch’s method of dehydrating herbs, fruits, flowers and vegetables, paired with whole leaf teas, to create layers of flavor.

“I just encourage people to taste (samples),” said Watts-Branch, who blends her whole-leaf tea recipes at a shared kitchen space in the South Shore neighborhood. “People will come to me looking for a cure for serious health challenges, including cancer, Alzheimer’s, you name it. I stay away from that.”

Her goal is to educate Chicagoans that tea is a healthy alternative to soda pop and other sugary beverages, especially for those who live in food desert neighborhoods with no easily accessible grocery stores or affordable healthy, fresh foods.

“I wanted to focus on a healthy beverage that would be easily available to people and at a lower cost,” said Watts-Branch, who drinks and samples her tea every day. “Tea is so rich in minerals and extremely high in antioxidants. It’s absolutely a healthy choice.”

She said she realized she’d have to compete with the giant soda companies, as well as Americans’ idea that hot tea is only for soothing the sniffles.

“Most people have been raised on tea bags, which are often filled with tea fannings – broken leaves and remnants – so they tend to add a lot of sweetener to give the tea more flavor,” said Watts-Branch, who favors oolong tea but finds green tea blends refreshing on hot summer days.

Her teas are all loose leaf, which produce stronger flavors and greater nutritional potency than tea bags. She sells her teas online at senteamentalmoods.com and at cafes, restaurants, specialty grocers, local farmers’ markets and food co-op events.

Darien Monk, the tea buyer at The Coffee and Tea Exchange in the Wrigleyville neighborhood, said the locally owned retail store’s selection of teas has skyrocketed to nearly 200 items from the 30 to 40 on the shelves when she started working there 21 years ago.

She said she believes tea is healthy for everyday drinking, and that it’s just as beneficial as eating broccoli

“Green tea has a bit of caffeine, but it’s good for energy,” Monk said. “You get a clean energy boost that doesn’t leave you with the caffeine crash that coffee does sometimes.”

However, Monk recommended moderation when consuming the many botanicals used in herbal tea blends. And she said she tells customers to do their research, since certain teas can counteract medications.

The message is getting across. The store’s “wellness tea sampler pack” was a huge seller during the Christmas season, she said.

Best sellers include teas made with herbs like nettle, lemon balm and raspberry leaf, and roots such as turmeric, ginger and dandelion.

“For example, our ‘sleep tea’ is a blend of mint, chamomile, catnip, lavender, lemon balm and green rooibos,” Monk said.

Dr. Brian Hollett, a physician at SHIFT, a River North health and fitness membership venture that combines personalized training with medical care, cautions against the popular assumption that “if some is good, more must be better.”

“Absolutely continue to drink tea if you enjoy it – but remember that moderation and variety are the keys to a healthful diet,” he said.

Too much caffeinated tea can lead to headaches, difficulty sleeping and feelings of anxiety, said Hollett, who drinks a glass or two of hot green tea each month.

Howard Sesso, associate professor of medicine at Harvard Medical School, said while studies touted by the Tea Council of the USA show promising evidence of tea’s many health benefits, he doesn’t see the results as definitive evidence, partly because many of the studies were conducted in Asia, where tea is much more a part of people’s daily routines.

“It’s tricky,” Sesso said. “When people talk of the bio-active [health-promoting] compounds of tea, that’s typical of anything that comes directly from the tea leaf. Different teas have different amounts of these components. There’s not a one-size-fits-all [solution].”

Sesso said he wouldn’t “go out and start drinking six to eight cups of tea a day.”

Unsweetened tea should be considered “a small add-on” to one’s diet and a “great replacement for sugary drinks with empty calories and no redeeming value,” said Devries, of the Gaples Institute.