Home>Publications & Articles>Articles>Media Articles>“Do not make the mistake of not listening to experts,” tea industry tells govt.

“Do not make the mistake of not listening to experts,” tea industry tells govt. 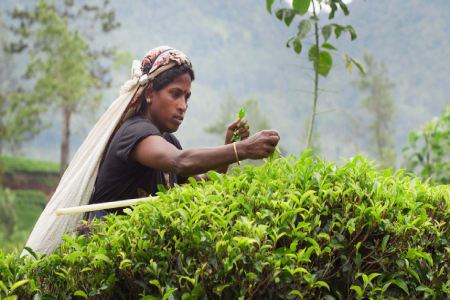 The Ceylon Tea cuppa is likely to lose its place in the international market, if the government continues with its poor policy decisions, which have only increased the harm done and made daily activities a challenge, the industry stakeholders warned.

The players in the tea sector cautioned that the economy would further dampen, if the government continues to ignore the pleas of the people and industries. The whole country would come to a standstill, resulting in the loss of the much-needed revenue, it said.

“It is necessary that the policymakers do not make the mistake of not listening to the experts in the industry.

Some of the population’s grievances are a result of the incorrect decisions taken by successive governments, mainly on agriculture, which have brought about the current grave situation in the country. These actions have led to the food shortages experienced at present,” said the Colombo Tea Traders Association (CTTA) in a statement to the media yesterday.

It pointed out that despite the many appeals made, the tea industry was never heeded by the government of the day when making decisions to ban the use of specific essential agriculture inputs, including fertiliser.

The ad hoc decision-making by the government and relevant authorities resulted not only in the loss of billions of foreign exchange but also the quantity and quality of the output of the crop. As a result, Sri Lanka lost loyal consumers of Ceylon Tea, who have now switched to sources from other tea producing countries.   The CTTA in its statement urged the government to take swift action to resolve the current situation in the country by making “favourable decisions” and “applying creative solutions” to revive Sri Lanka’s economy and improve the standard of living of its citizens. “We firmly believe that if practical steps are taken immediately to transform the current situation, as a nation, we can collectively contribute towards rebuilding the economy and putting Sri Lanka back on the world map, not only as being the home of Ceylon Tea but as a paradisiacal haven for tourists and locals alike,”

the association said. The tea industry employs approximately 10 percent of the total population in all sectors of the value chain and contributes around US $ 1.3 billion annually by way of foreign revenue to the country’s coffers.  During the highly turbulent years, 2020 and 2021, when Sri Lanka was not spared from the COVID-19 pandemic, the tea industry functioned uninterruptedly to ensure the nearly 500,000 smallholder families received their incomes and a similar number of tea workers in the plantations their wages.