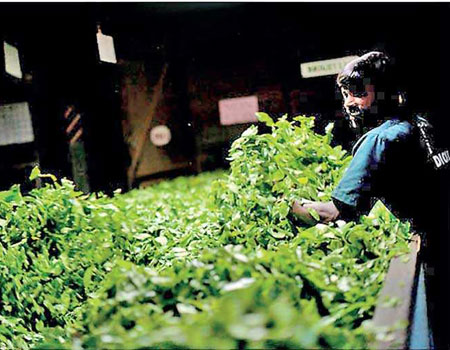 The Tea Exporters Association (TEA) yesterday expressed concerns over the news item ‘Tea Promotion Levy to be split equally between promotion and replanting’ by MP Navin Dissanayake that appeared in Daily FT on 26 July.

The TEA was rather surprised to note the statement made by the Minister informing the proposed amendments to the 2010 Tea Promotion Levy Gazette notification for division of the levy between promotion and replanting.

In fact, when the Secretary of the Ministry of Plantation Industries at a recent meeting suggested that the Tea Promotion Levy Gazette should be amended to obtain funds for replanting, TEA strongly objected to this move and sent a letter through their lawyers on 7 May with a copy to the Chairman of the Sri Lanka Tea Board (SLTB) conveying its objection for obtaining funds from the Tea Promotion Fund for providing subsidies to tea producers for replanting purposes.

The letter categorically mentioned that any attempt to amend the gazette notification would be a breach of legitimate expectation of tea exporters and also contrary to the specific undertaking given by the previous Chairman of SLTB in 2016 that the Tea Promotion Fund would be used exclusively for tea promotion work as specified in the gazette notification.

When then Plantation Industries Minister Mahinda Samarasinghe proposed to introduce a tea promotion levy in 2010, it met with stiff resistance at the outset with many industry stake holders questioning the need for a second cess when the industry was not reaping any benefits from the other two cess payments imposed on tea exports. Samarasinghe assured the tea exporters that, SLTB will use the fund to put Ceylon Tea back on the world map and it will not be utilised for any other purposes.

With this assurance the tea exporters consented for creation of the Tea Promotion Levy in October 2010 and the gazette notification contains a clause ‘that collected funds shall be used exclusively by the Board for the purpose of engaging in activities related to tea promotion and marketing strategy within and outside Sri Lanka’ to safeguard the interests of tea exporters.

However, this time there was no consultation with the exporters and Ministry of Plantation Industries on their own has submitted the Cabinet paper for revision of the tea promotion gazette. The association was not aware that, the Ministry of Plantation Industries was planning to split the Tea Promotion Levy between promotion and replanting with the reduction of levy from Rs. 3.50 to Rs. 3 per kg.

The information available after the Cabinet meeting on 19 July was only reduction of promotion levy by 50 cents and the details appeared only after the Plantation Minister made a statement to the press.

The tea producer segment in Sri Lanka consists of two parties namely the corporate sector (regional plantation companies) and small holder growers. It is their responsibility to increase the tea crop by investing in replanting and new planting. It is rather unfair to collect tax from tea exporters and disburse among the producers for replanting of tea.

All stakeholders in the tea industry should operate on proper business models to suite the current requirements of the market. The Government providing subsidies to producers to continue with the same old model will lead to continuation of inefficiency within the system and also would be a burden on the entire economy. The tea exporters do not receive any subsidies from the Government although they face a number of difficulties due to the current situation in Russia, Iran, Syria, Libya, Ukraine, etc.

In fact the Sri Lankan tea exporters pay more taxes than the tea exporters in other tea producing countries that influence their competitiveness in the world market. Although the association has made a number of requests to the Ministry of Finance and Ministry of Plantation Industries to review the current cess payment it has not received a favourable response up to now.

When the implementation of Global Ceylon Tea Campaign was dragging on for many years due to strict government tender procedures and regulations, TEA requested the Minister of Plantation Industries to suspend the collection of tea promotion levy.

At a meeting arranged by the Export Development Board at the Prime Minister’s Office on 27 July, Navin Dissanayake agreed for submission of a Cabinet paper for removal of the tea promotion levy, but this commitment was not honoured. When this matter was taken up with the Chairman of the SLTB by his letter dated 6 April 2018, he appealed to TEA to differ the suspension of tea promotion levy until 31 December.

As per Sri Lanka Tea Board Law No. 14 of 1975 the two cess payments collected to be used for supporting planting, replanting and development of tea estates while the collection of tea promotion levy to be used exclusively for promotion and marketing activities of Ceylon Tea.

TEA is of the view that, the producer segment should create their own fund to support replanting activities similar to Tea Promotion Fund established with the contribution from tea exporters. The Association wishes to place its strong objection to the proposal moved by the Minister of Plantation Industries to split the tea promotion levy between tea promotion and replanting and request the Ministry of Plantation Industries to honour the assurance given to the tea exporters that, the tea promotion levy will be utilised only for promotion and marketing of Ceylon Tea.